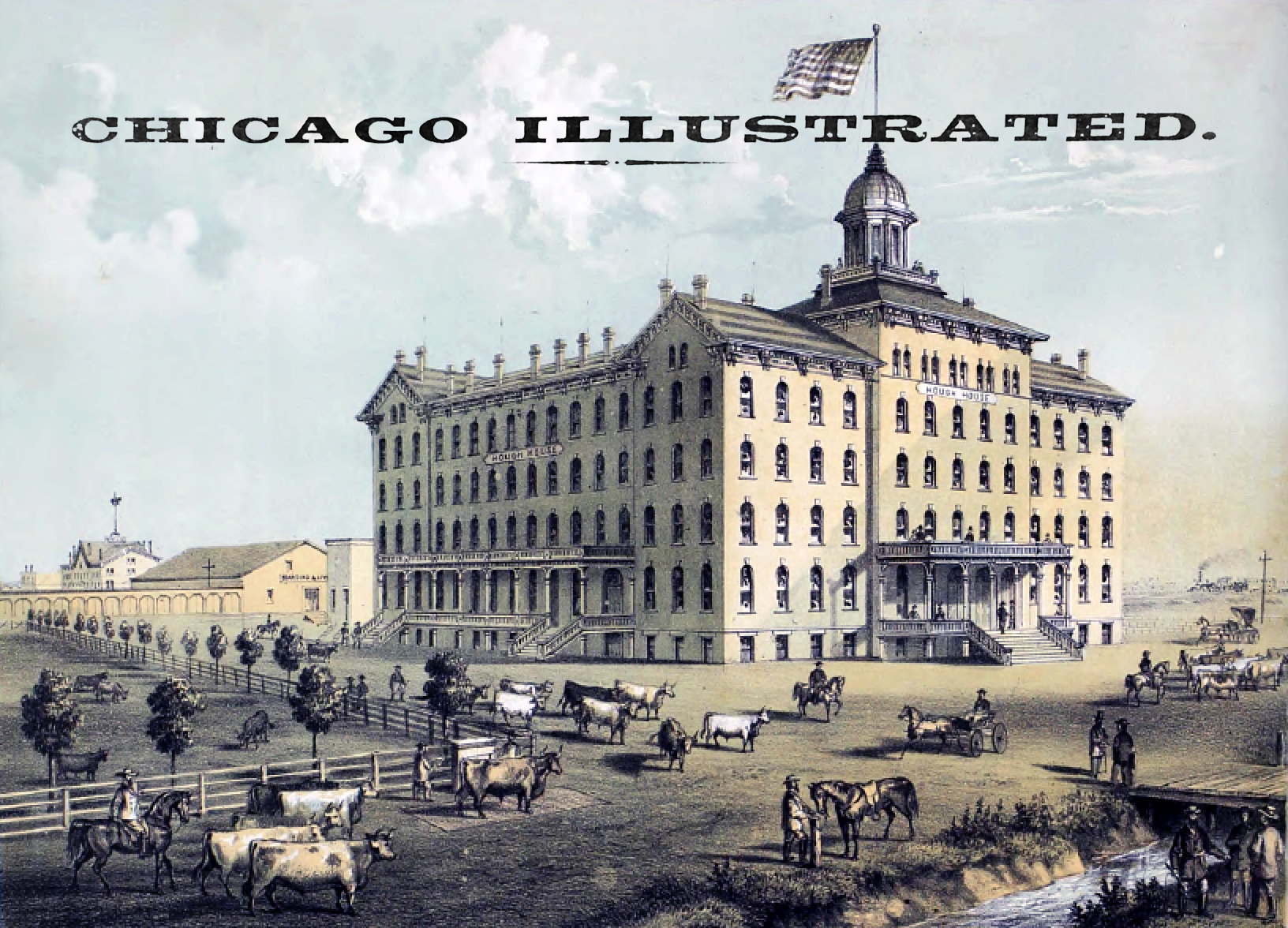 OUGH HOUSE—This immense edifice is but in keeping with the greatness of all things to which the enterprise and energy of Chicago are applied. This building is named the “Hough House,” in compliment to Col. E. M. Hough, one of the pioneers in the cattle and packing trade of Chicago. It is built of cream-colored bricks, and in the very best style of modern hotel architecture. It cost $125,000, and was finished in 1854. It was leased by W. F. Tucker and Co., the popular proprietor of Briggs House, and by them furnished throughout. Its external dimensions are, 130 feet front by 144 feet deep; it is six stories high, and is located on the north-east quarter of the Stock Yard grounds. Burling and Baumann of Chicago, are the architects.

To those approaching or leaving the city, this immense building is a surprise. For miles it is the only thing that breaks the expansive view over the prairies, and it is only when it is reached that the discovery is made that it is one of the necessary incidents of the Stock Yards. It is a comfortable and commodious house, and is not too large for the business which is now rapidly increasing. The view from the cupola of the hotel is remarkably fine, commanding a view of the lake, the city, and the boundless prairie to the south.

The hotel is supplied with water from a well dug in the court yard. At a depth of forty-five feet a layer of rock was struck, and five feet below that water was obtained. This water rises in the well to within ten feet of the surface, and, as is supposed, to the level of the lake, from which it is evidently supplied. It is there fore inexhaustible. The water is forced into a tank upon the top of the building, and is thus distributed through the various rooms.