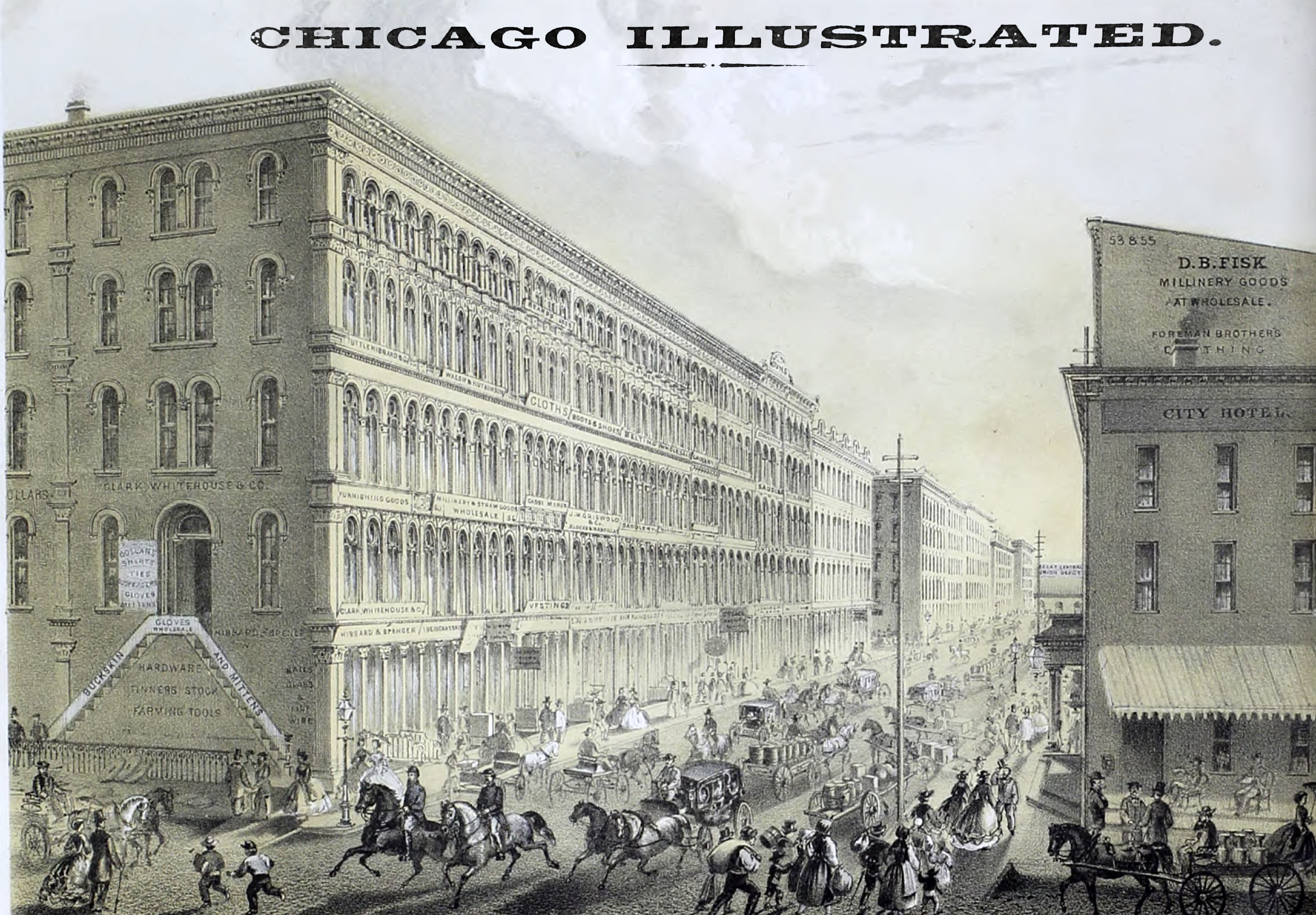 LAKE STREET from this view will be readily recognized by any one who has ever visited Chicago. It is represented east from State street to the Great Railroad Depot.

On the north side of the street is the row of ten iron-front buildings. The buildings extend from Lake street 180 feet to an alley 30 feet wide. These were the first iron-front buildings erected in Chicago, and they were commenced in 1857-8. These buildings are owned by various persons, and are occupied by wholesale establishments. East of the iron buildings are three stores with marble fronts. East of Wabash Avenue, extending to Michigan Avenue, is a marble block occupied by wholesale establishments. At the corner of Michigan Avenue, is the Adams House, a large five-story hotel, which extends to Depot place, upon the east side of which is the great depot of the Illinois Central, Michigan Central, and other railroads. The south side of the street is improved by buildings of the same class, and occupied also by wholesale houses.

At the south-east corner of State and Lake streets is the City Hotel, a celebrated hotel in Chicago in former days. It is the only one of the comparatively small buildings of former times that has not been replaced by the stately and costly edifices which adorn the other parts of the street.