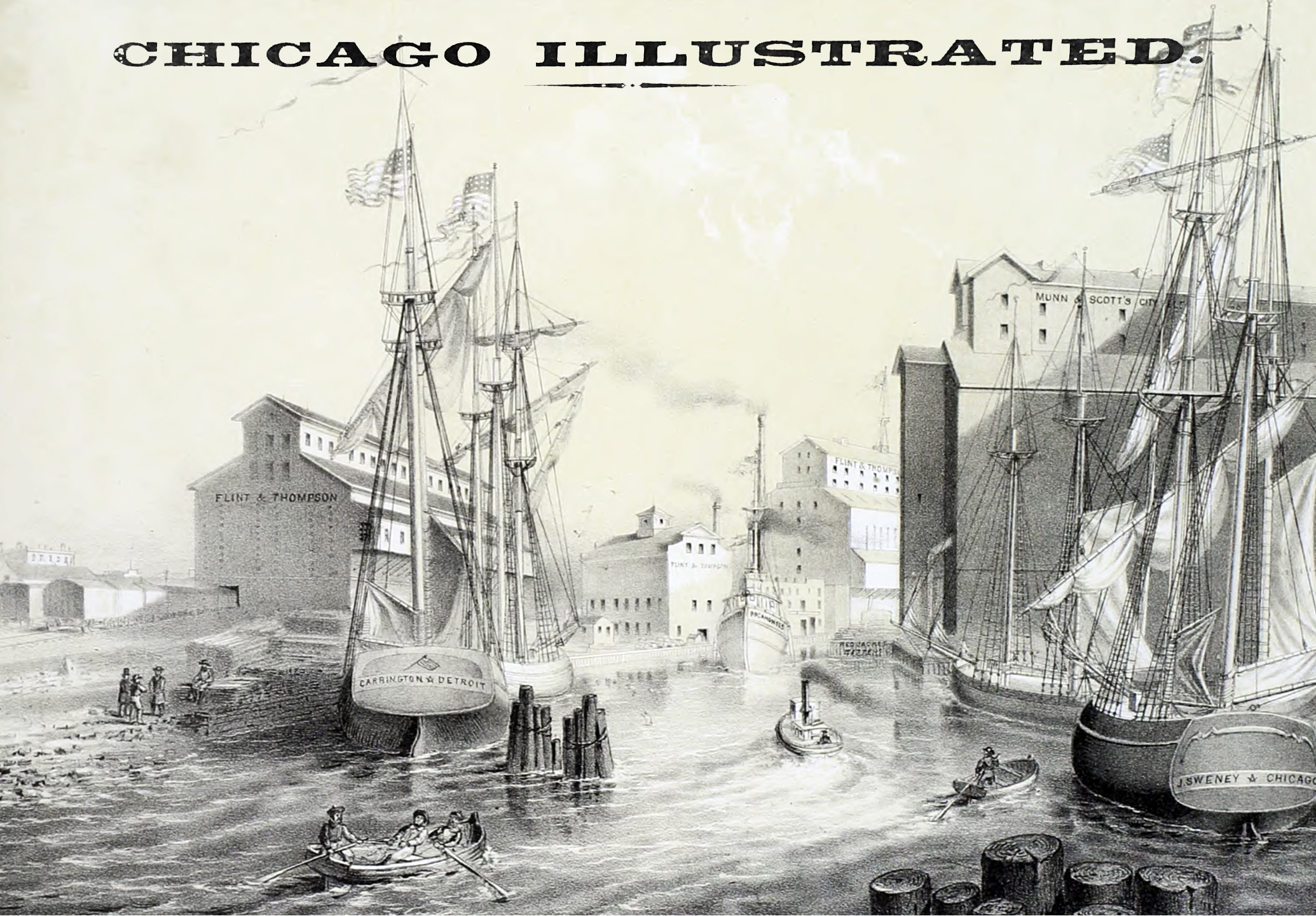 THIS is another section of the Chicago river, taken from the Twelfth-street bridge, looking south. Its principal features are the mammoth elevators of Munn and Scott, and of Flint and Thompson. These elevators are but a few of those which are to be seen in all parts of Chicago. They are located on the south branch, one mile from the main river, and forming part of the vast commercial machinery of Chicago, are well worth a visit from strangers, who cannot fail to be charmed with the admirable system upon which they perform so vast an amount of business.

It is impossible to put into any one picture any very comprehensive view of the Chicago river and its branches; therefore from time to time views of portions of it from the mouth to the junction of the North and South branches, and of the more important points along the latter, will be given. The river with its mills, elevators, warehouses, and shipping, would furnish itself thirty-five views, representing one of the great departments of the commerce of the city. The illustrations of this part of the city, with figures showing the tonnage that the business in this port, will be continued in subsequent number of this work.