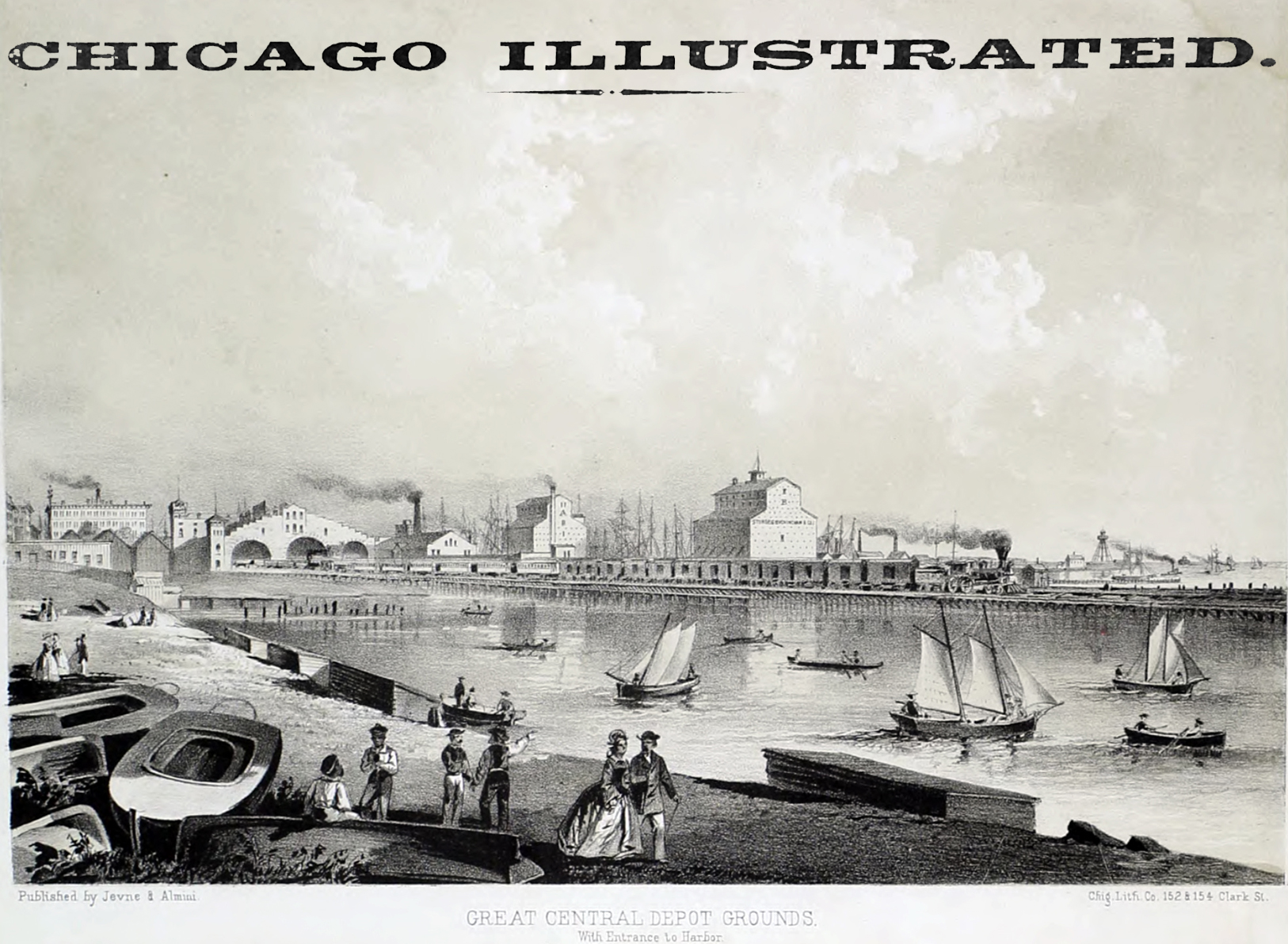 CENTRAL DEPOT—This view is taken from a point near the junction of Adams street and Michigan avenue. It presents the Great Central Passenger Depot, from which depart trains of the Illinois Central Railroad, the Michigan Central, and the Chicago, Burlington and Quincy Railways. To the right of the depot are two mammoth elevators, named A and B, which are erected on the river. The light-house marks the northern point of the entrance to the harbor. Beyond, two miles out in the lake, is the Crib—the huge structure anchored there being the lake end of the tunnel through which the city is to draw is supply of water. Between the elevators and the railway building may be seen a portion of the shipping which line the harbor. From the station-house, southwardly, is the railroad track, running due south. This track is constructed on trestle-work, and is protected on the lake side by a heacy break-water, constructed of piles, filled with stone. Between the track and Michigan avenue is a large park, one mile in length, and which is almost two-thirds covered with water. In summer this charming body of water is used for aquatic pleasures, yachts and row-boats, and in winter for skating. When this park is planted and beautified, as it should be, it will be a charming resort. This view includes only a small portion of the north end of the park.

This is one of the most familiar pictures in Chicago. There are but few strangers who do not visit Michigan avenue, from which is spread out the lake in all its grandeur. The depot building, which is the finest kind in the West, was designed by Otto Matz, Esq., an architect residing in Chicago.