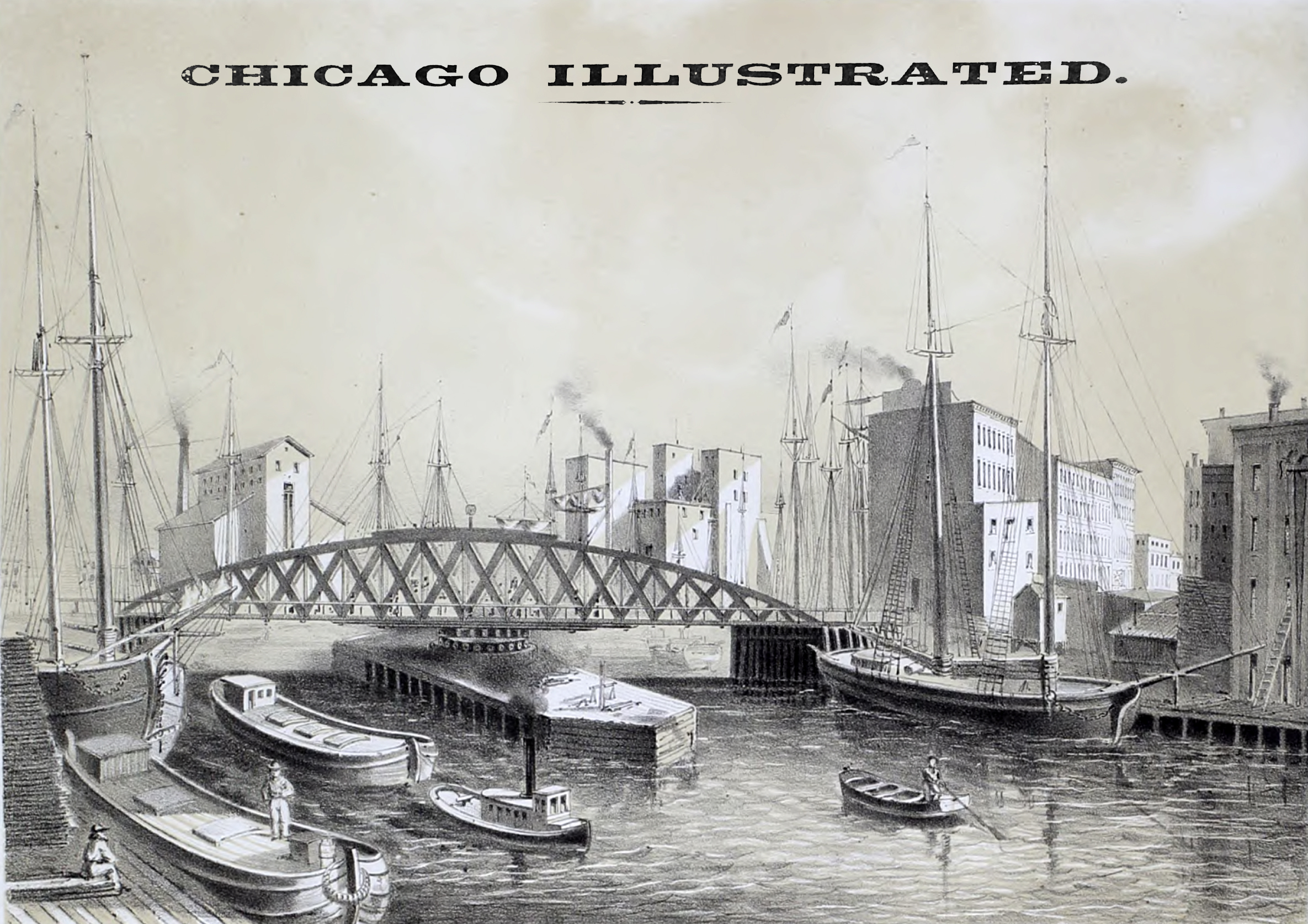 We give in this view a section of the South branch of the Chicago river, lying between Randolph and Lake street bridges. It is generally more crowded with vessels of all kinds than now presented. The bridge is just south of the junction of the North and South branches. It is not crossed by any of the lines of street cars, and as Lake street, on the east from the lake, and west to Halsted street is graded, and is paved with Nicholson blocks, it is the favorite crossing to and from the west side of the river for equestrians and for vehicles of all kinds. The bridge is comparatively new; it is wooden, turns on a central pivot, and is substantially built.

Tese several views of the river will be seen through this entire work, and thus the reader will be able to trace the river from the mouth to the fork, and then the two branches in all their extent, North and South. In this way, the volume will embrace all the bridges, and every point in the river having the least public interest, or necessary to give a view of our immense extent of wharfage and shipping facilities.