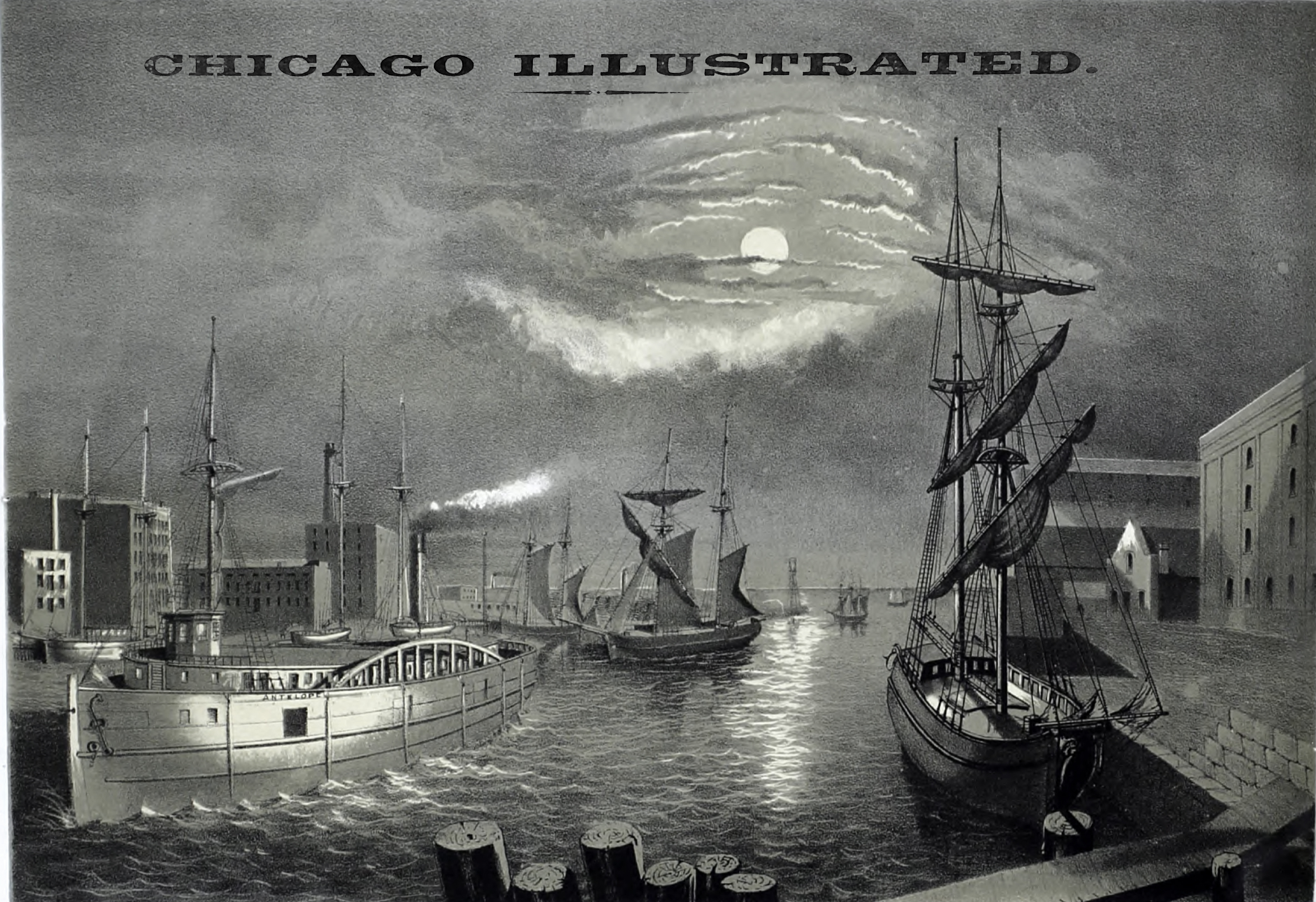 WE give this moonlit view of the harbor is set at the mouth of the Chicago River as it empties into Lake Michigan. It is taken from Rush-street bridge, and tells its own story. On the right are warehouses and elevators, and on the north are factories. The propellor Antelope is nearing the bridge, and the beacon upon the north pier is shedding its rays upon the water. At the mouth of the river was formerly a sand bar, which obstructed the entrance to vessels heavily freighted, and causing serious disasters in stormy weather. This, however, has been dredged out and the entrance is now safe for vessels drawing any depth of water.

The view from the north pier upon a bright night, when the lake with its broad expanse of water is dotted with steamers illuminated by many colored lights, and when the white canvas of the sailing vessels is reflected in the rippling waves, is animated and charming.

This view, with that of a former number, entitled Rush-street Bridge, gives all that portion of the river lying east of State street.