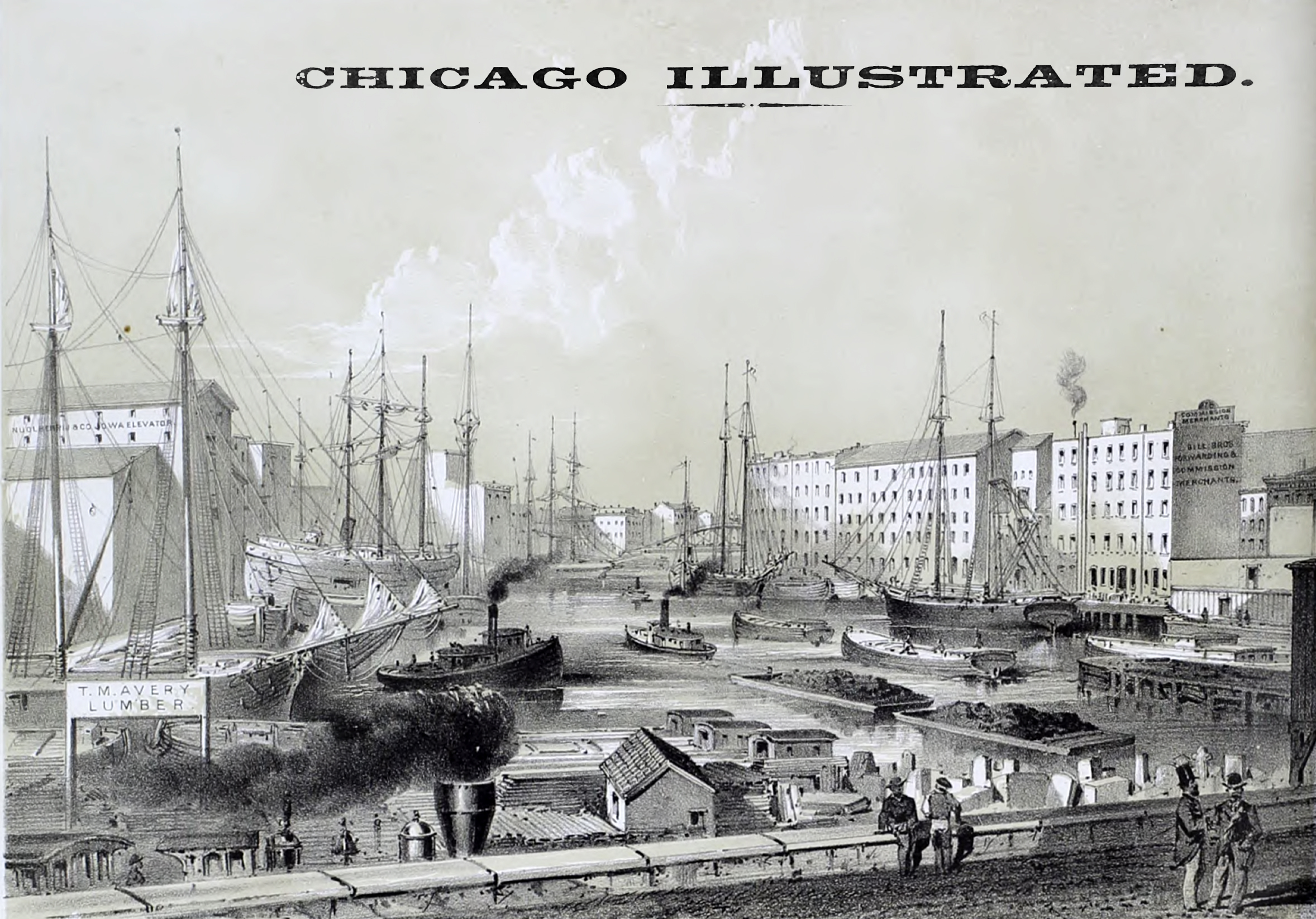 CHICAGO RIVER.—This view is of that portion of the river where the two branches unite and form the main river. The drawing is taken from a point on West Water Street, north of the approach to Lake Street Bridge.

It presents a scene hardly equal in animation to what is generally to be seen at that point. On the right are the protections to Lake Street Bridge. On the left is a vessel in tow of a tug coming from the north branch, and in the extreme distance is Wells Street Bridge over the main river. On the north side of the river are the Iowa and other Elevators, and on the south the row of warehouses lying between South Water Street and the river.

At the front of the picture may be seen the upper portion of a locomotive upon the track which connects along this line the various Northern and Western with the Southern and Eastern Railways.