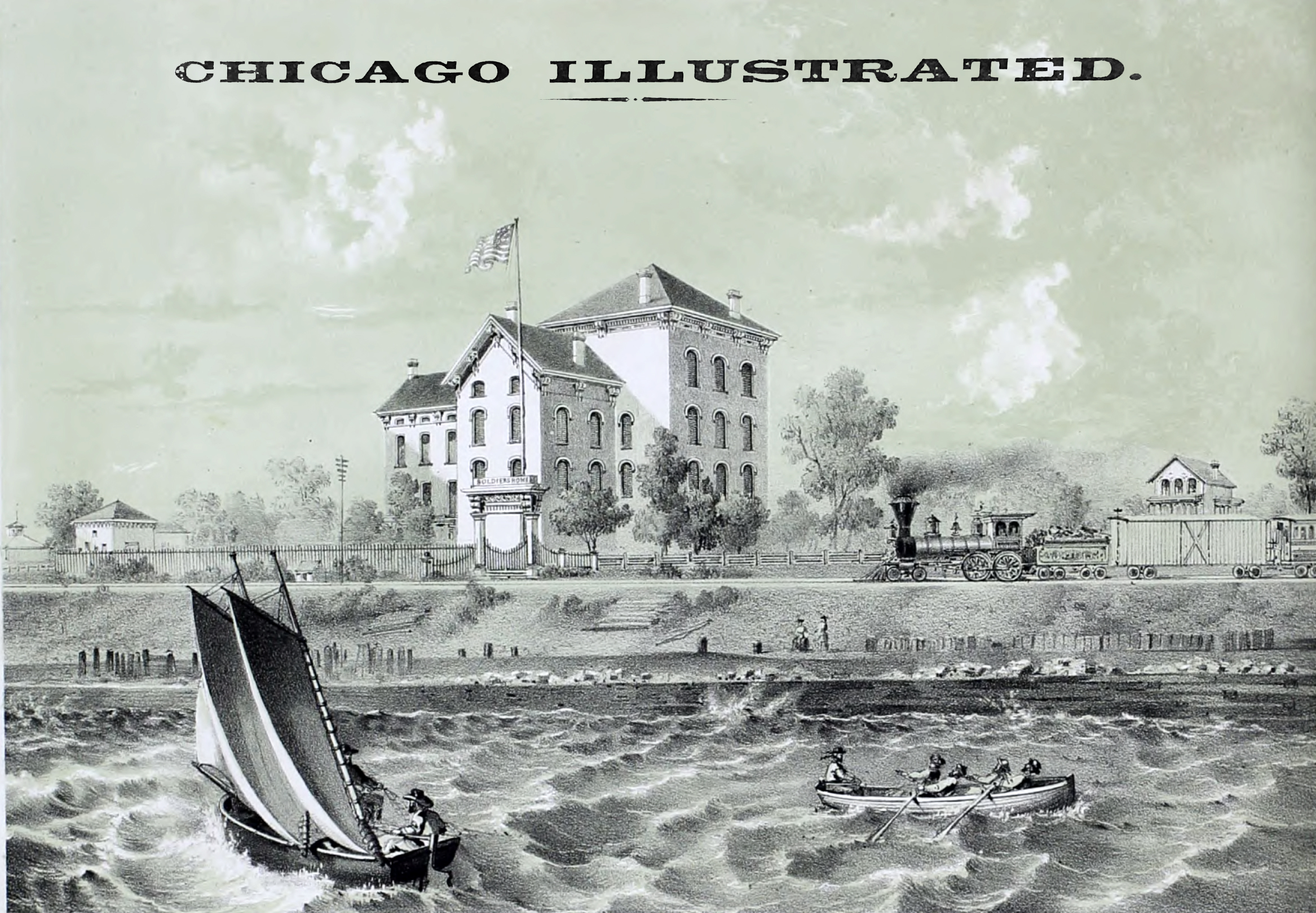 SOLDIERS’ HOME This building is located near the south·eastern limits of the city, in the immediate vicinity of the Chicago University and of the Douglas Monument. Its history is honorable to the noble ladies who projected it, and to whose untiring labors its successful maintenance is alone to be attributed. The history of the great Sanitary Commission will live while men have hearts to remember deeds of love and mercy. But in the spring of 1863, the number of poor, weary, dIsabled and sick soldiers returning from the; field suggested the necessity of some united effort in their behalf. A meeting of ladles was held at Bryan HaIl in June of that year, and it was resolved to hold a strawberry festival to raise funds. This was successful, and the building, No. 45 Randolph street, was rented as a “Home” for ‘sick and disabled soldiers. The ladies then resorted to seeking subscriptions from door to door, and their appeal met a liberal response. The site of the present Home was then purchased and the buildings thereon used for the time. The house on Randolph street was nsed to receive the soldiers, who were then transferred to the “Home.” The building is four stories high, and is built of brick, with basement and attic, and has ample accommodations for two hundred inmates

As soon as the Home was first organized , an an auxiliary institution was put in operation, known as the “Soldier’s Rest.” The Government furnished the bnildings and rations, the lady managers all the rest. The operations of the two branches of the Home for the first year were: Number of arrivals, 46,384; meals furnished, 96,909; lodgings, 26,481; medically treated, 2,557. The second year furnished the following figures: Number of arrivals, 60,003; number of meals, 167,263. During the year ending June 1, 1865, there had been 767 inmates of the Home received; many of them were provided with clothing, and all were fed. Since then the average number of inmates always exceeded 100. There are now one hundred and more sick and disabled men who are given the comforts of a home, which, to the destitute, is a boon beyond value.

In 1865, the Home received $80,000, part of the proceeds of the Fair of that year held in Chicago. All else has been the result of voluntary contributions in response to personal applications and appeals by the ladies.