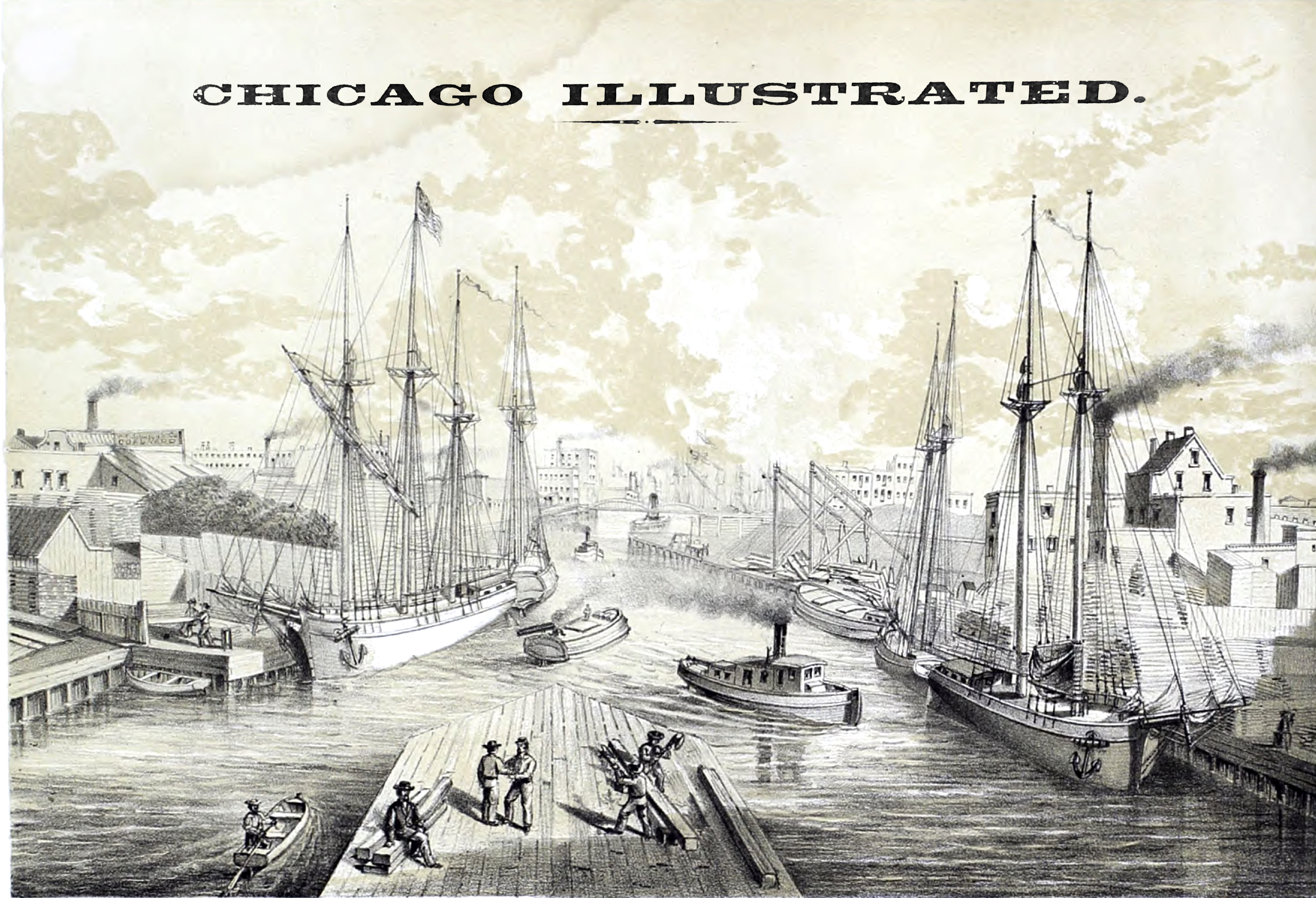 SOUTH BRANCH OF THE RIVER-This is a view of another section of the south branch of the Chicago River. It is taken from Van Buren Street Bridge, looking north. At the extreme north may be seen Madison Street Bridge, near the west end of which are the Oriental mill and the Illinois River elevator. South of the bridge may be seen the freight depot of the Pittsburgh, Fort Wayne and Chicago Railroad. On the right of the picture the extensive coal yards of the Chicago Gas Company is the most prominent object. In the season of navigation this part of the river is generally crowded with coal and lumber vessels discharging cargoes.