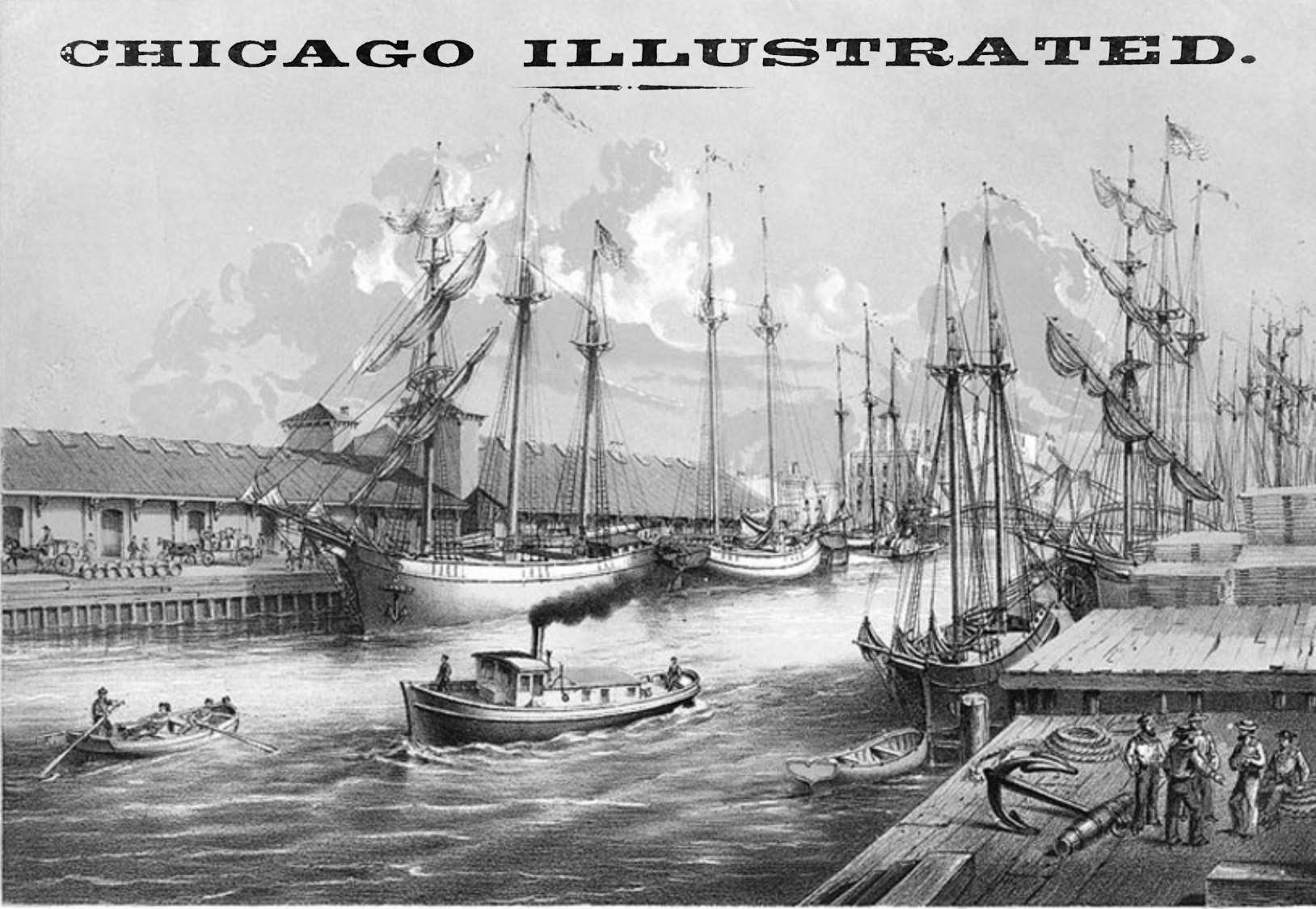 THE RIVER SOUTH OF MADISON STREET.—This is another of many views upon the Chicago River. It represents that portion of the South Branch lying between Madison and Van Buren Streets. On the West is to be seen the mammoth freight depot building of the Pittsburgh, Ft Wayne & Chicago Railway Company. This depot occupies the river side to the extent of two blocks, and is on the eastern side of the site of the projected Union railway depot.

South of the depot building are to be seen several elevators, and the section of the river embraced in this view, in the season, presents one of the most animated and busy scenes. On the east side of the river, is the large coal yard of the Chicago Gas Company, and a number of extensive lumber yards.