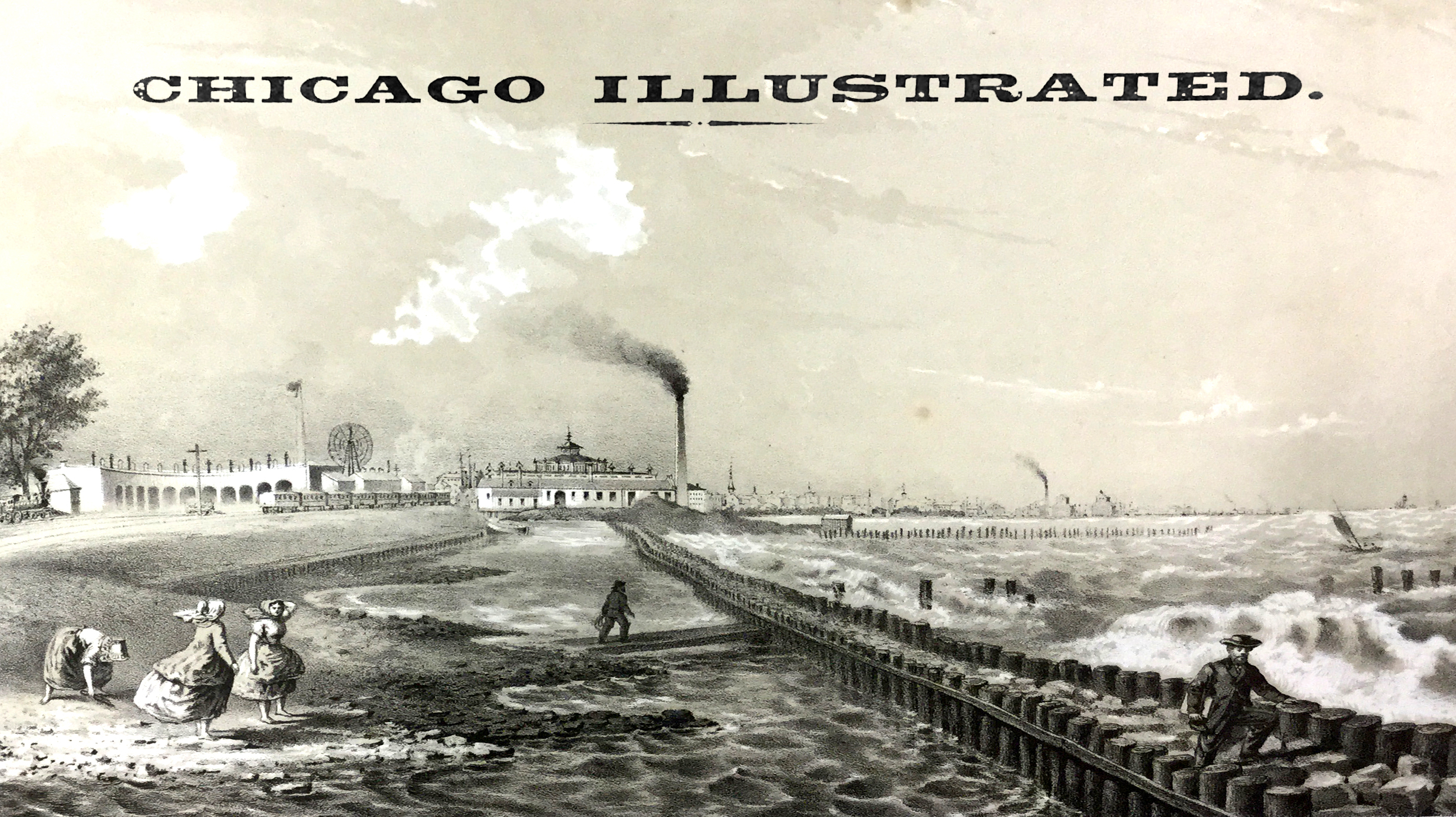 ILLINOIS CENTRAL ROUNDHOUSE—This view is taken from a point south of the Round House and shops of the Illinois Central Railroad, looking north. The buildings are about a mile and a quarter from the great Central Depot, which has been described in a previous number. When erected, they were far beyond the inhabited part of the city, but are now three miles within its improved limits. The breakwater, so essential for the protection of the land and the railroad tracks, is extended continuously from the depot to this point, and for miles further south. Occasionally some person ventures upon the jewelry of passing along its surface from one end to the other, but the attempt is hardly ever repeated by the same person. In stormy weather it is impossible to stand the force of the water beating over this structure.

In the general sketch of the history of Chicago, which will close this work, the Illinois Central Railroad will necessarily here occupy a considerable space. Till then, any description of any particular portion of its buildings will be deferred.