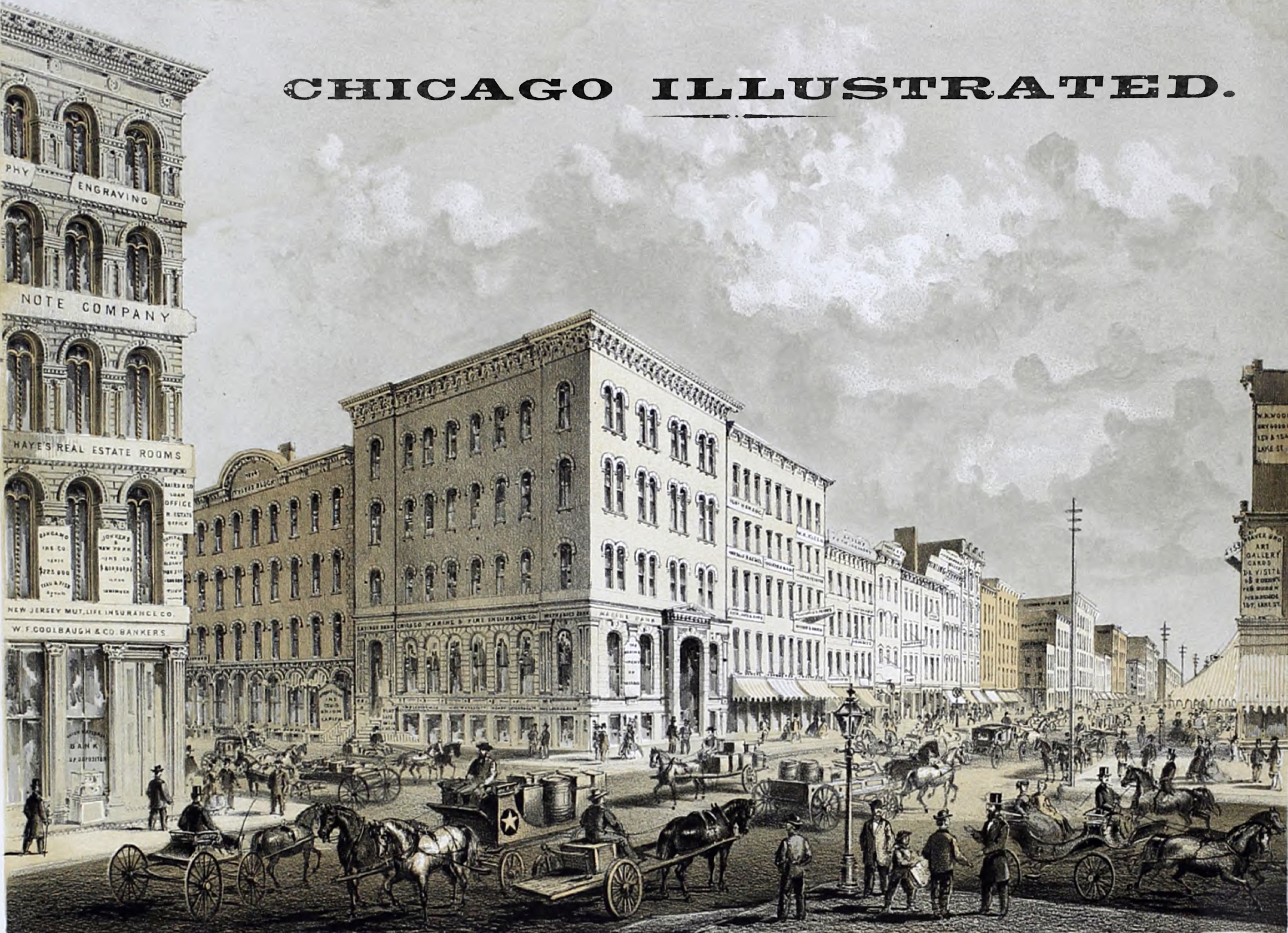 CORNER OF LA SALLE AND LAKE STREETS. This is a familiar scene to the people of Chicago. It is one of the busy street crossings. The view is taken from the south-west, looking east. On the extreme left is a portion of Link’s iron building in which Coolbaugh’s Union National Bank has its offices, and in the upper stories are the real estate rooms of Mr. S. S. Hayes. The central building is that of the Marine Bank, condtructed of Illinois marble. It is at the north-east corner of LaSalle and Lake Streets, and was one of the first of the large business houses built of stone.

In 1858-9, the grade of Lake Street having been raised, the entire block of buildings, of which the Marine Bank building was one, extending from LaSalle Street east to Clark Street, were raised from their foundations nearly six feet. The process was one that attracted general interest, and was watched with great anxiety by the public. The buildings were all of brick or stone, four or five stories high, were all occupied, and the work was accomplished without accident and without suspending business for an hour.