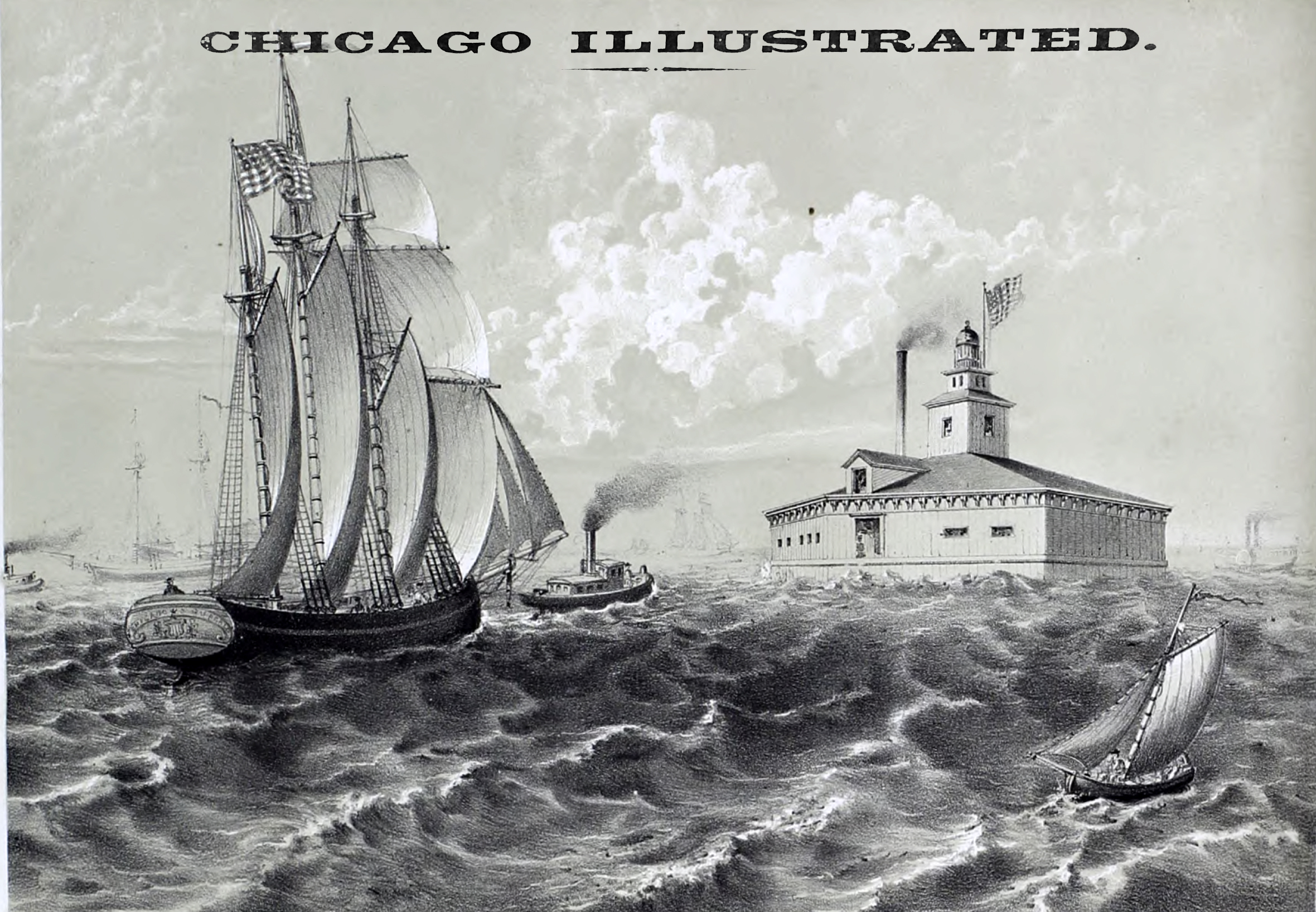 CHICAGO is supplied with water from Lake Michigan, the water being drawn from a point about one mile north of the Chicago River. The emptyings of that river, into which the sewers of the city discharge, found their way to the water works, and were distributed through the pipes to all parts of the city. This became each such an intolerable evil, that it was resolved to secure pure water by other means. Mr. E. S. Chesborough, the City Engineer, projected a plan for obtaining the water as a point in the Lake two miles from the shore, and of conveying is through a tunnel to the city. The scheme was ridiculed greatly at the time, but its success has crowned its projector with deserved fame.

In October, 1863, the contract was let to Messrs. Dull and Gowran, of Harrisburg, Pennsylvania, the prior being $515,187. The work was to be completed in two years, but the term was extended. Ground was broken on 17th of March, 1864. A shaft was made, in the shape of a well, to the depth of 69 feet. The tunnel was then commenced. The tunnel, when bricked up, was five feet in width and five feet two inches clear in height; the top and bottom arches semi-circular. Two miners worked at the excavation, and the brick work, eight inches thick, followed. The tunnel was to have a slope from the lake terminus of two feet to the mile. As the work progressed, rails were laid for the cars containing the excavations, and finally two small mules were introduced to pull these cars to and from the shaft. At intervals of one thousand feet, terra-cote were made, for the convenience of . In this way, the “Crib” destined for the lake terminus of the tunnel was launched and lowered to its place. This is of monster construction; it is composed of large timbers and iron. It is 40 feet high and 98 in diameter. It has three walls, making as many separate structures, one within the other. When finished it had fifteen watertight components. In the centre was the well through which the shaft was to be sunk. When the destination was reached, the gates were opened, and the huge structure settled gracefully upon the bottom of the Lake, in a depth of 30 feet of water. It was then firmly anchored and secured. It has since been covered, a fog-bell and light mounted upon it, and its appearance is faithfully shown in the picture.

An iron cylinder was then sunk for the lake shaft; it being forced to a depth of twenty-seven feet into the hard, blue clay. On the first of January, 1866, the work of tunneling from the crib commenced. At that time the tunnel from the shore had been extended 4,815 feet. The work then progressed steadily from both sides, and on the 25th of November, 1866, there was but a thin wall of two feet of clay separating the workmen. The work had thus proceeded:—Whole length of tunnel, 10,587 feet; excavated from the shore end, 8,275 feet; and from lake end, 2,200 feet; remaining, two feet. On December 6th, the last stone was laid with appropriate honors by Mayor Rice.

The successful completion of this unprecedented work will be followed by the erection of new and handsome buildings at the shore end, and the furnishing of them with new machinery. A new pumping engine, capable of pumping eighteen millions of gallons of water per day, has been purchased at a cost of $112,350. These buildings are but a mile from the heart of the city, and associated as they will be with this wonder of the age, will always prove an object of great interest to visitors, as they are of pride to the people of Chicago.