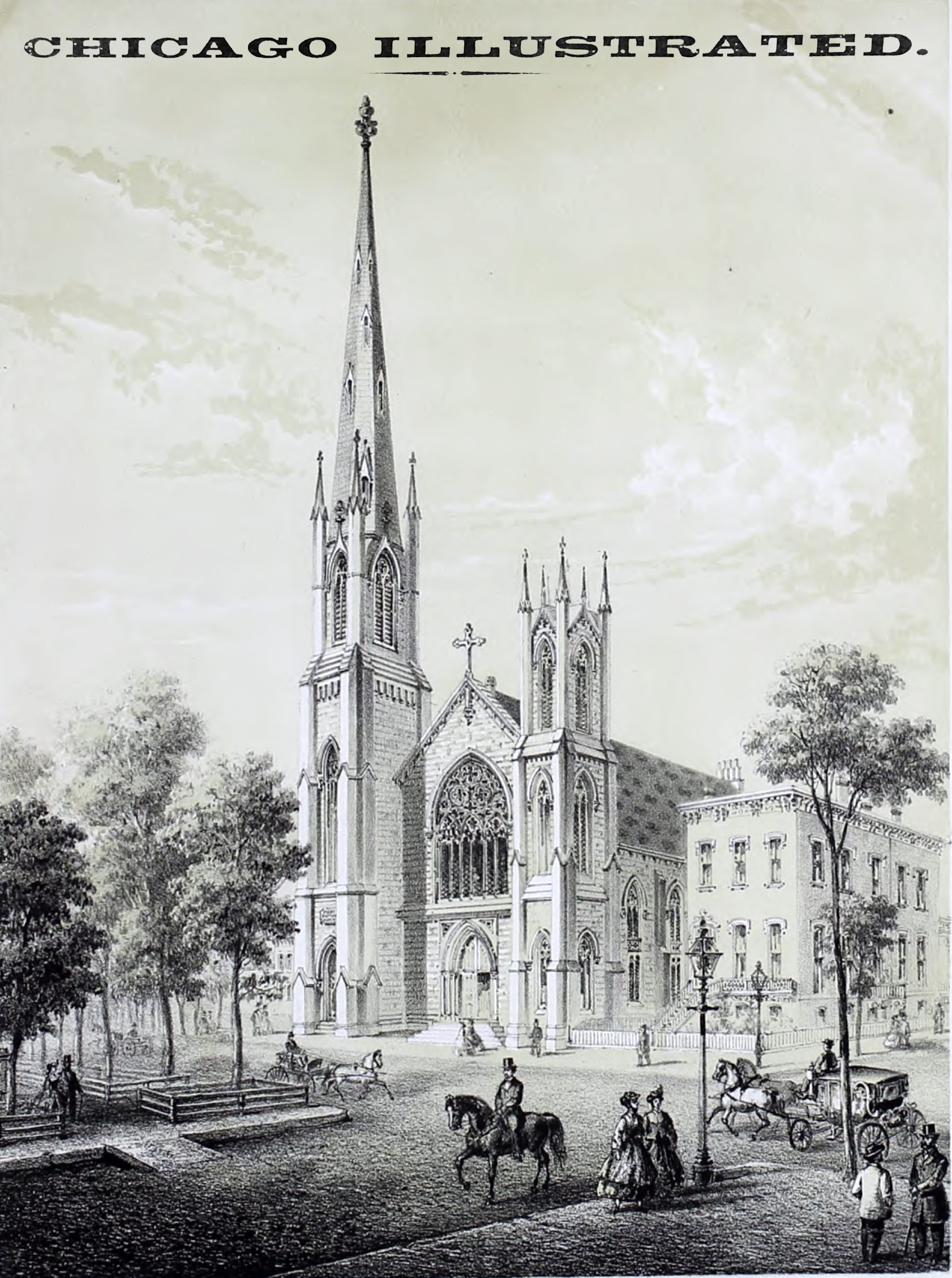 FIRST BAPTIST CHURCH.—This very imposing edifice is situated on Wabash Avenue, immediately south of Hubbard Court. It is built of stone, and will be one of the most substantial church buildings in Chicago. It has a front of ninety feet on Wabash Avenue, and is one hundred and twenty feet deep. The lecture room and Sunday School rooms are a two story building in the rear of the church. The auditorium is upon the main floor, and is seventy-five feet wide by one hundred and five feet deep in the clear. The main tower is two hundred and twenty-five feet high, and is entirely of stone. The minor tower is one hundred and four feet high. The corner stone was laid in 1865, and in 1866 the church was completed and occupied.

The church is elegantly and comfortably furnished, and capable of accommodating a very large congregation. The organ is the finest in the city, and is an instrument of great volume, variety and smoothness of tone. It is of the same size as that in Plymouth Church, Brooklyn, New York. It has three manuals, and forty-eight stops, and cost ten thousand dollars. Since its erection its powers and qualities have been repeatedly tested by some of the most eminent organists, and has earned an enviable reputation. The church building, site, organ and gallery cost one hundred and seventy-two thousand dollars, all of which has been contributed by voluntary subscription.

The society of this church is one of the oldest in Chicago. It was first organized in October, 1833, and consisted of a few members. In the year 1836 it was able to purchase the lot on which now stands the Chamber of Commerce building, and to erect thereon a large brick church. In this church the society worshipped until 1863-4, when they sold the lot the Second Baptist Church. [See Number 7 of this work]. The society then worshipped for one year in Bryan Hall, and then in the lecture room until the church was ready for occupancy.