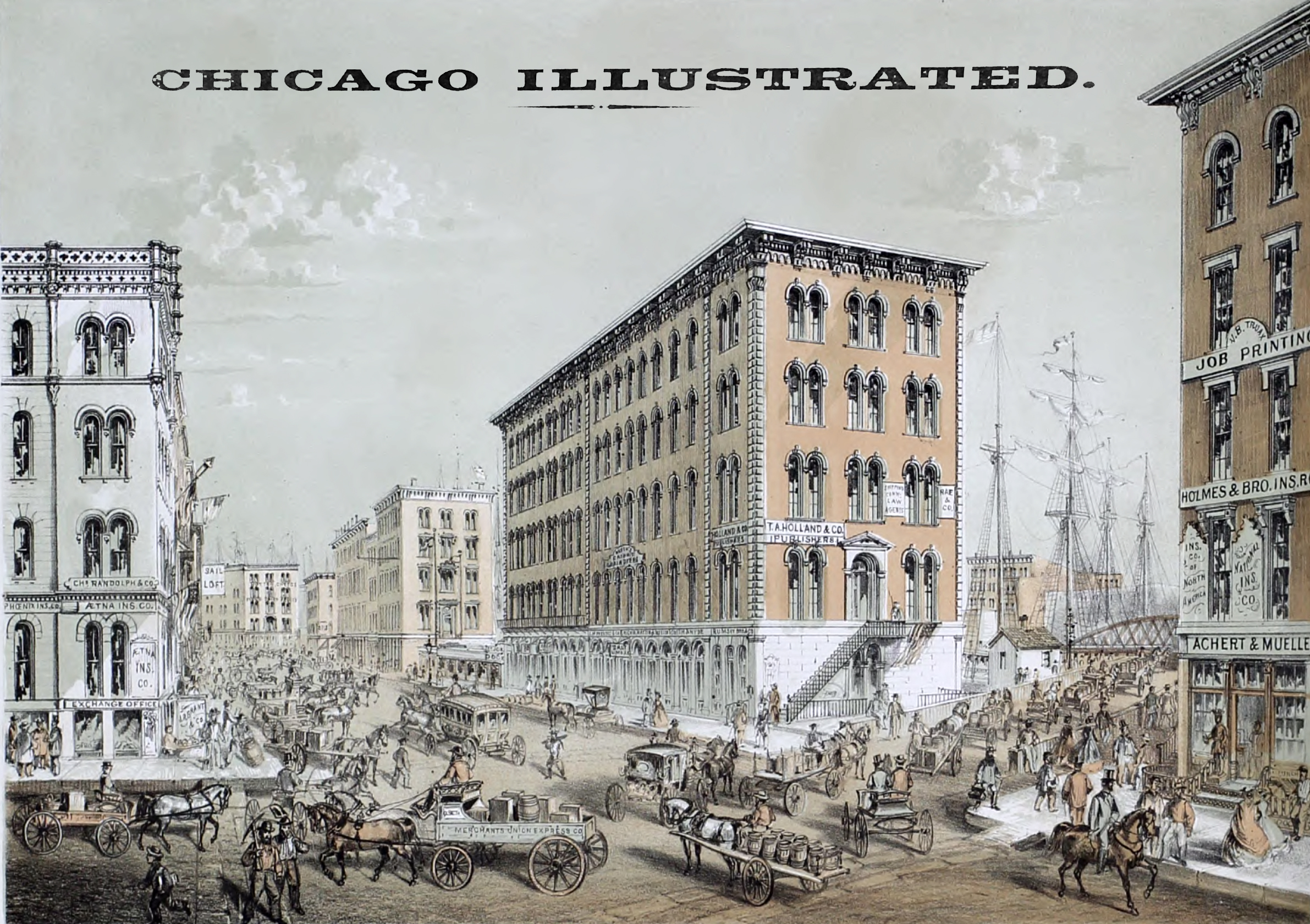 THE SCENE presented in this picture of one of the central business points of the city, is by no means exaggerated. The view is taken from South Water Street, east of Clark, looking west. It exhibits the southern approach to Clark Street bridge being open and travel suspended. The block west of the approach to the bridge is devoted to commercial business, and is occupied by insurance agencies, forwarding and commission merchants, brokers and others. The view extends westwardly to Franklin Street.

One of the greatest obstructions to business in the streets of Chicago, is the suspension of trade between the several Divisions, occasioned by the opening of the bridges to permit vessels to pass to and fro on the river. This inconvenience, which in the season of navigation is very great, will, in a few years be remedied by the construction of tunnels under the river and its branches. The first of these tunnels is now in course of construction, and will be finished in 1868. If it is successful, the others will follow immediately.