A Century of Progress was organized as an Illinois nonprofit corporation in January 1928 for the purpose of planning and hosting a World’s Fair in Chicago in 1933. City officials designated three and a half miles of newly reclaimed land along the shore of Lake Michigan between 12th and 39th streets on the Near South Side for the fairgrounds. Held on a 427 acres portion of Burnham Park A Century of Progress opened on May 27, 1933. The fair’s opening night began with a nod to the heavens. Lights were automatically activated when the rays of the star Arcturus were detected. The star was chosen as its light had started its journey at about the time of the previous Chicago world’s fair—the World’s Columbian Exposition—in 1893. The rays were focused on photoelectric cells in a series of astronomical observatories and then transformed into electrical energy which was transmitted to Chicago.

By opening day, thirty-two major buildings had been constructed, everything from the “breathing” Travel and Transport Building—with a suspended roof that expanded and contracted as much as six feet as the temperature varied—to the 227-foot tall Great Havoline Thermometer, hailed as a “monument to Chicago’s climate.” 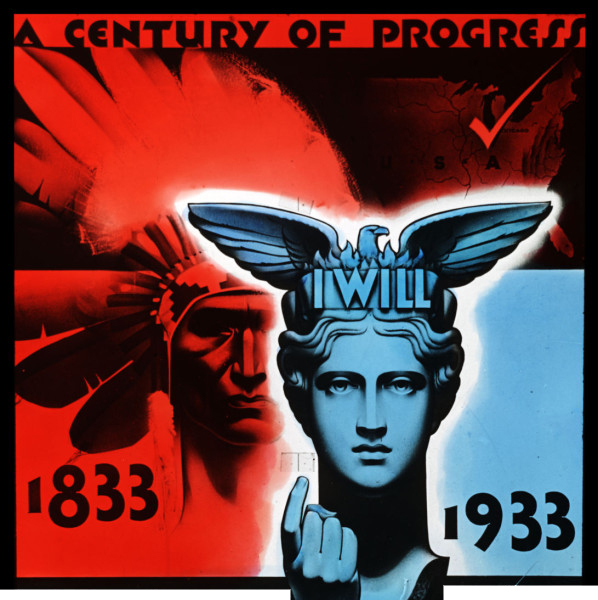 “The morning of the fair,” Martha McGrew, the General Manager’s assistant recalled, “we went up to the roof and looked over at the 12th Street bridge. It looked like the lines were all the way over to the Art Institute. It was the biggest thrill of all. People were coming to the fair! We had been worried about that, but ten thousand people came that first day.” It was a bright spot in a world of gloom.

Originally, the fair was scheduled only to run until November 12, 1933, but it was so successful that it was opened again to run from May 26 to October 31, 1934. The fair was financed through the sale of memberships, which allowed purchases of a certain number of admissions once the park was open. More than $800,000 was raised in this manner as the country came out of the Great Depression. A $10 million bond was issued on October 28, 1929, the day before the stock market crashed. By the time the fair closed in 1933, half of these notes had been retired, with the entire debt paid by the time the fair closed in 1934. For the first time in American history, an international fair had paid for itself. In its two years, it had attracted 48,769,227 visitors. On the last day of the fair, a record 374,127 people attended.

A Century of Progress management, which posted a $1,000,000 bond to insure that Burnham Park would be left in its nearly original condition, hired a Springfield firm to tear down the Century of Progress. The demolition began in February 1935, and ended almost a year later, about half the time it took to build the fair.

Most of the exposition’s artifacts have vanished. Chicago’s Museum of Science and Industry received many exhibits, but all have been destroyed or given away because they became technically obsolete, according to the museum’s registrar.

The pumping equipment in the grand fountain—enough to supply the water needs of one million people—was dismantled and sold, along with twelve million feet of lumber, twenty thousand tons of steel, eight million feet of wallboard, fifty miles of pipe, three thousand flood lights, and three thousand doorstops. A Century of Progress General Manager, Lenox R. Lohr bought, among other things, an eighteen foot fishing boat for $26.

This gallery is intended to provide the visitor a feeling of what it was like to visit A Century of Progress fair. Though far from comprehensive, it includes movies, one of which features Sally Rand’s famous feather dance, hand colored lantern slides and a few architectural firm photos.

Most of the descriptions and photographs are from the Official Guide Books. 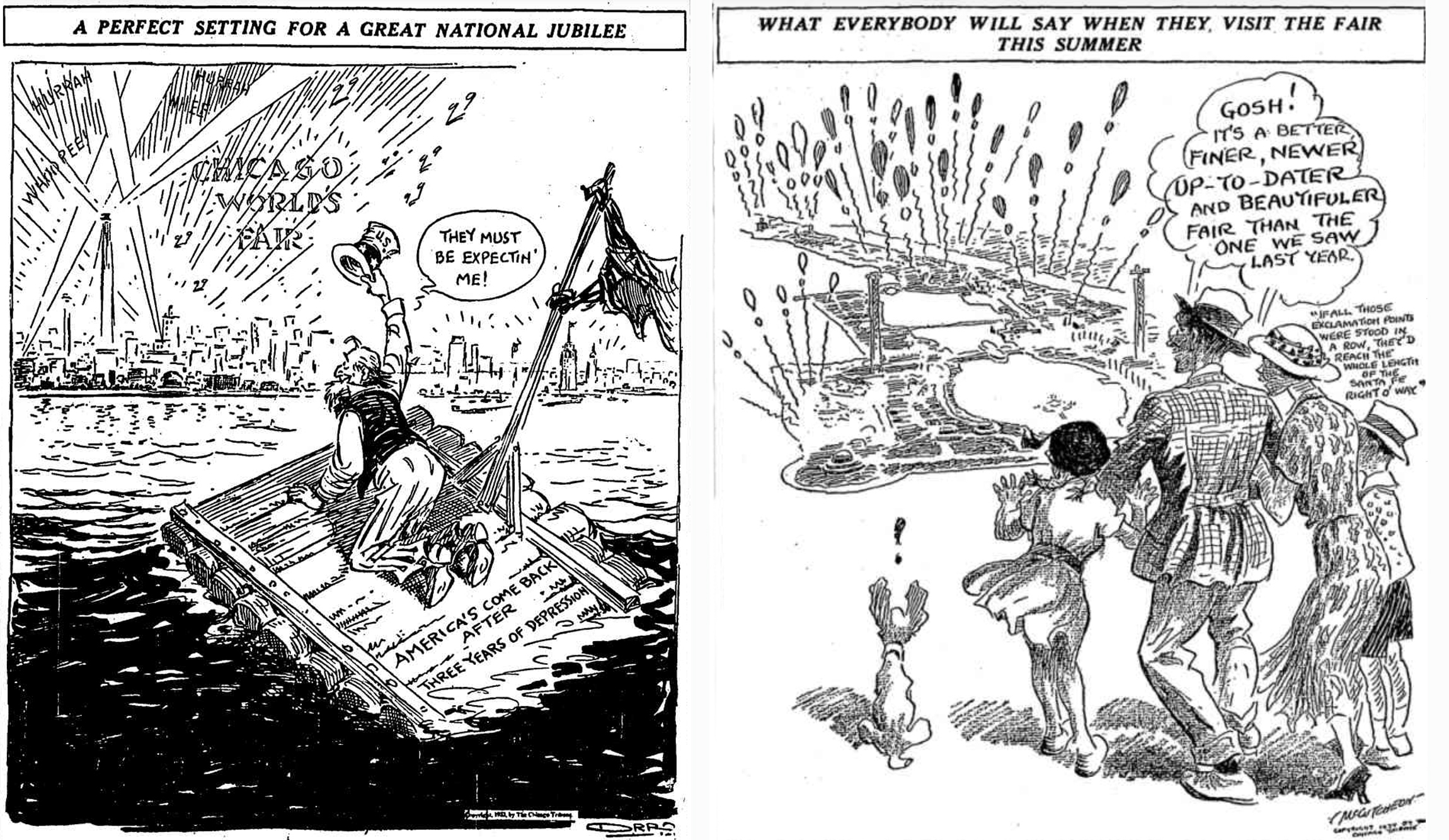