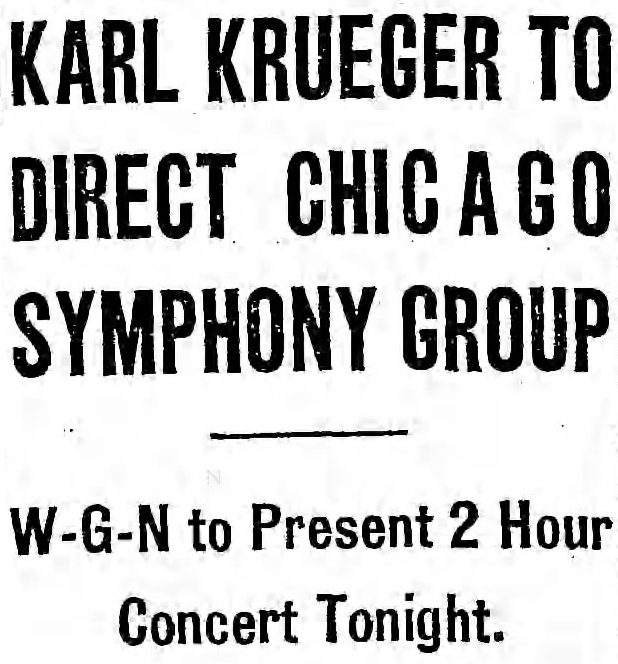 Karl Krueger, conductor of the Kansas City Symphony Orchestra, will direct the Chicago Symphony Orchestra in its two hour concert from 8 to 10 tonight from the Swift bandshell at the Fair, which will be broadcast in its entirety by W-G-N. W-G-N also will present the first hour of the concert on Wednesday evening from 8 to 9 p. m., with Eric DeLamarter conducting, and the last half of the Saturday evening concert, with Mr, Krueger on the director’s stand, this broadcast to be presented from 9:15 to 10 p.m.

Karl Krueger has a Viennese musical background. Born in New York of family of famous educators, Mr. Krueger studied law at Leipzig University, in Germany, but deserted the legal profession for a musical career early in life. He returned to this country about ten years ago to direct the Seattle Symphony Orchestra after having directed the Cologne (Germany) Symphony for several years.

Here Last Season.
A few years ago Mr. Krueger organized the Kansas City Symphony orchestra, which has conducted with great success. His debut in Chicago was made last spring when he conducted the Friends of Music concert series at the Auditorium theater. He also conducted the “Opera In-time” series which Mrs. Howard Linn presented at the Palmer House.

In the concert tonight Mr. Krueger will present the Symphony No. 4 by Tschaikowsky. The complete program is as follows:

The Wednesday Program.
The brilliant overture to “The Merry Wives of Windsor,” ny Nicolai and Mendolssohn-Bartholdy’s Concerto for Violin in E minor are the major works for the first hour of the concert on Wednesday evening which W-G-N will broadcast. The program to be conducted by Eric DeLamarter, assistant to Dr. Frederick Stock, follows:

On Saturday evening Mr. Krueger will return to the director’s stand and the orchestra will present music from three operas in the first half of the evening’s entertainment, which W-G-N will broadcast from 9:15 to 10 p[.m. The numbers are:

Pierre Andre of the W-G-N staff will announce the programs. 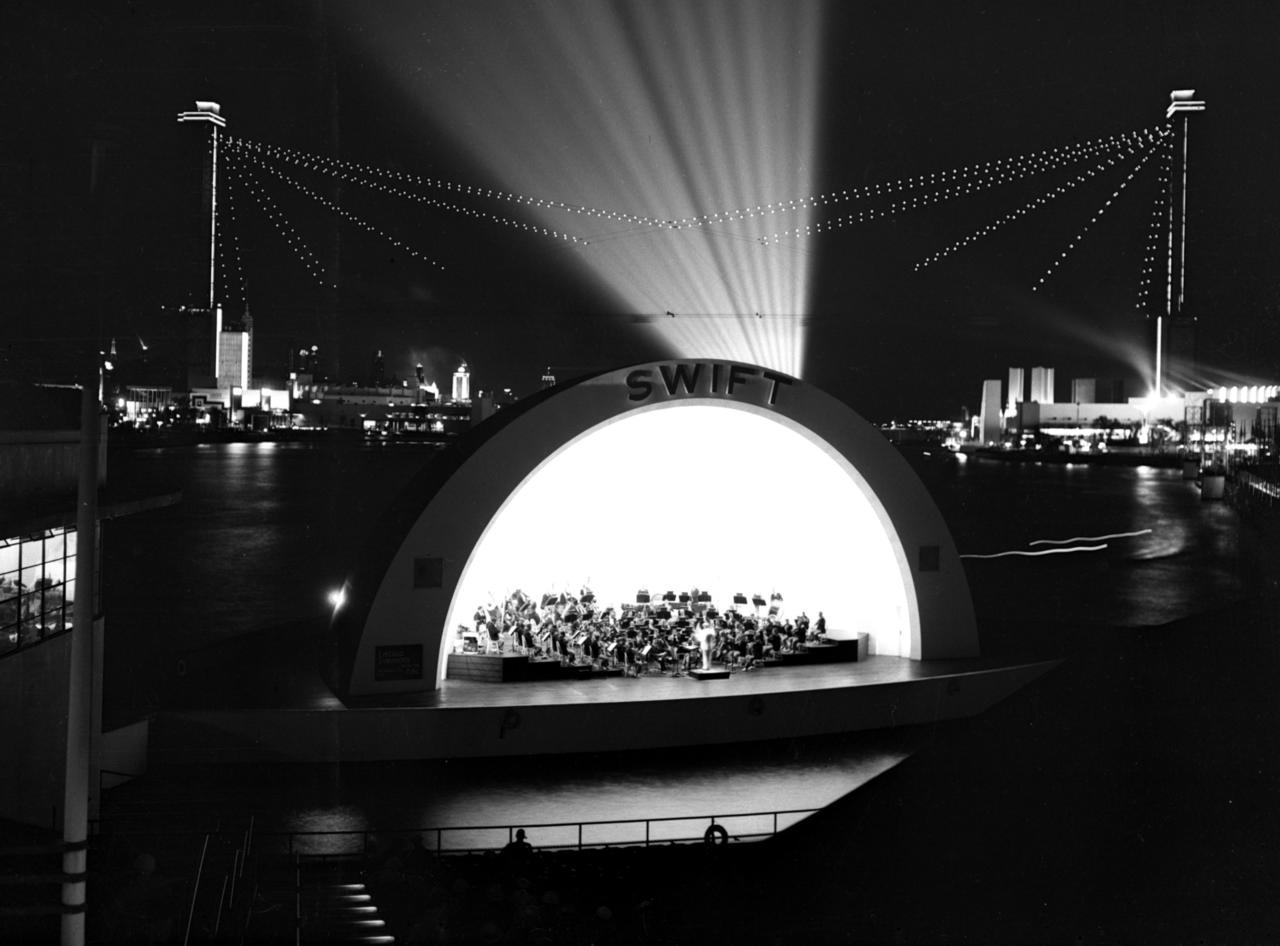 The floating Swift Theater lights up the night as the Chicago Symphony Orchestra plays the second of two daily concerts at the Chicago World’s Fair
July 7, 1934