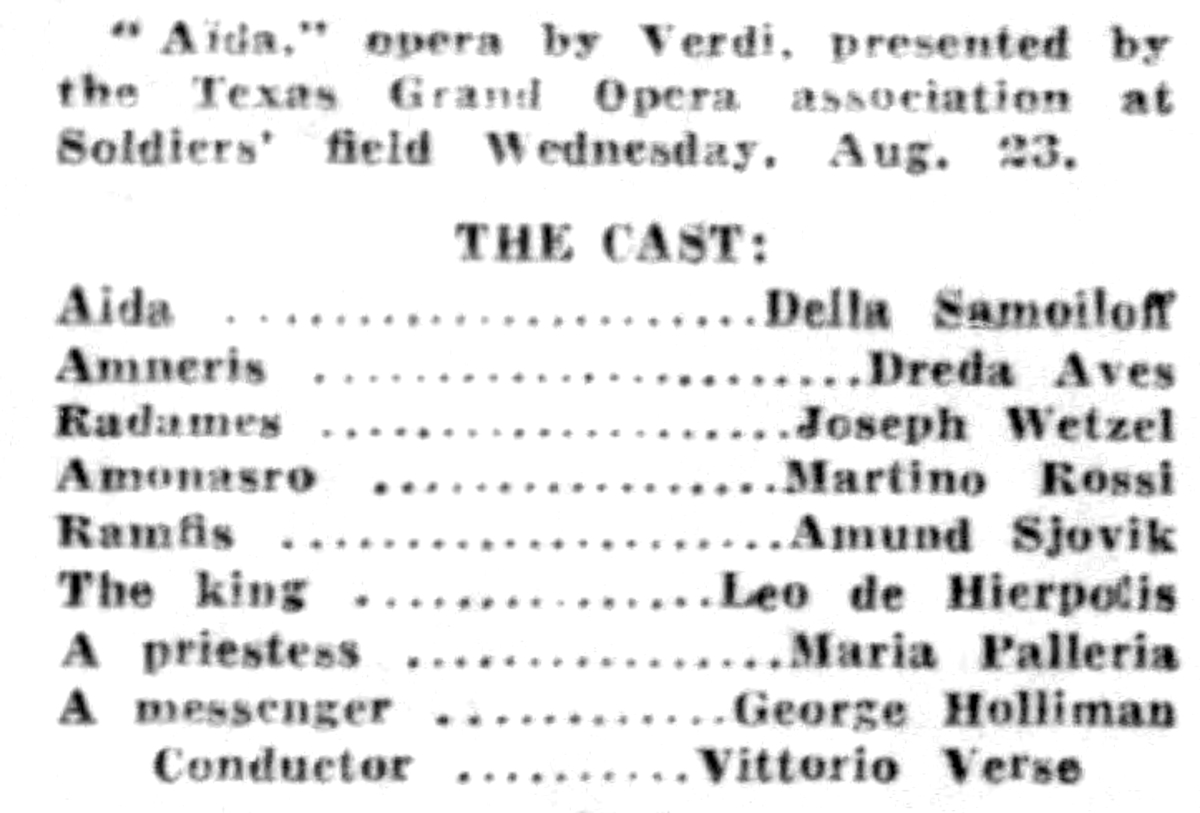 A company of 1,500 natives of the Lone Star state will take part in a performance of “Aida” In Soldiers’ field in celebration of Texas day at A Century of Progress.

The opera will be sung in English. The 100 piece orchestra will be made up of Chicagoans, drawn from the Chicago Symphony and the Civic Opera orchestras. The cast is all American and has been chosen from the numerous artists produced in Texas. The ballet, composed of Texas beauties with some additions from the studios of Serge Oukrainsky, promises to be one of the major attractions of the performance.

The company arrived at the Fair last evening in three special trains. The performers will live in their cars during their stay here.

Chorus rehearsals have been in progress since Jan. 1. Some nine hundred Texas singers will comprise this unit of the opera and there will be five hundred more in the capacities of ballet dancers, soldiers, guards and supernumeraries in ancient costume. Hundreds of elephants, camels and horses will also be part of the performance.

Perhaps to emphasize, the fact that the performance is of Texas and not of Italy, the opera will be sung in English. This in itself is unusual. Not for years past, certainly not since 1910, when the first Chicago Opera company was organized, has the work been sung in anything but Italian. The Texas Grand Opera company, however, would seem to be firmly of the opinion that an opera ought to be sung in the language best understood by most of its patrons, and this is a thoroughly commendable idea.

Even the principals, insofar as possible, are Texans either by birth or by residence. Dreda Aves, for instance, the contralto who will sing the role of Amneris, rates as a native Texan. She is a member of the Metropolitan Opera company of New York, where she has sung the part many times. Della Samolloff, who will sing the name, was at one time a resident of the state. A few years ago she was a member of the Chicago Civic Opera company. Among other claims to fame attained by her is the fact that she was chosen by Mussolini to sing the part in which she will appear tonight at the opening of the Great. Royal Theater in Rome several seasons ago.

The other principals are of comparable eminence. Radames will be sung by Joseph Wetzel, first tenor in the Philadelphia Opera company. Amonasro by Marino Romsi, baritone of the Philadelphia and San Carlo organizations. Leo de Hilerpolls of the Philadelphia company will sing the part of the king, and the other bass part, Ramfis, the high priest, will be taken by Amund, who would seem to he a newcomer but is reported to enjoy high repute on the other side of the Atlantic.

Vittorio Verse will come from the Metropolitan company to conduct the performance, and Giacomo Spadoni, for many years a valued director of the Chicago company, will be the assistant conductor. Serge Ourainsky and some of the members of his organization will head the Texas ballet corps.

Prices are scaled at the rate correctly called Popular. They range, from twenty-five cents to one dollar and a half. The proponents add that no efforts have been spared to make the performance both spectacular and magnificent. 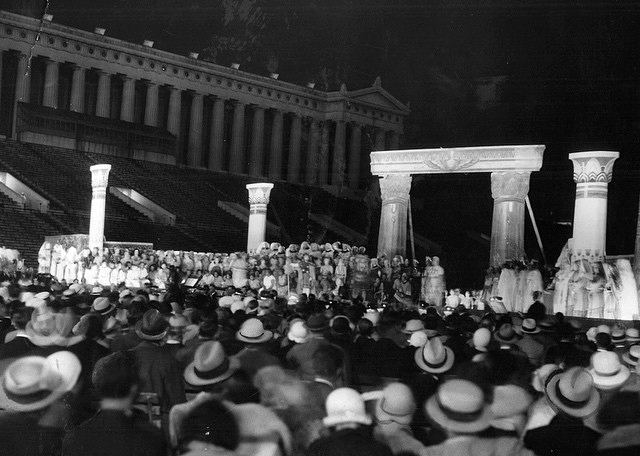 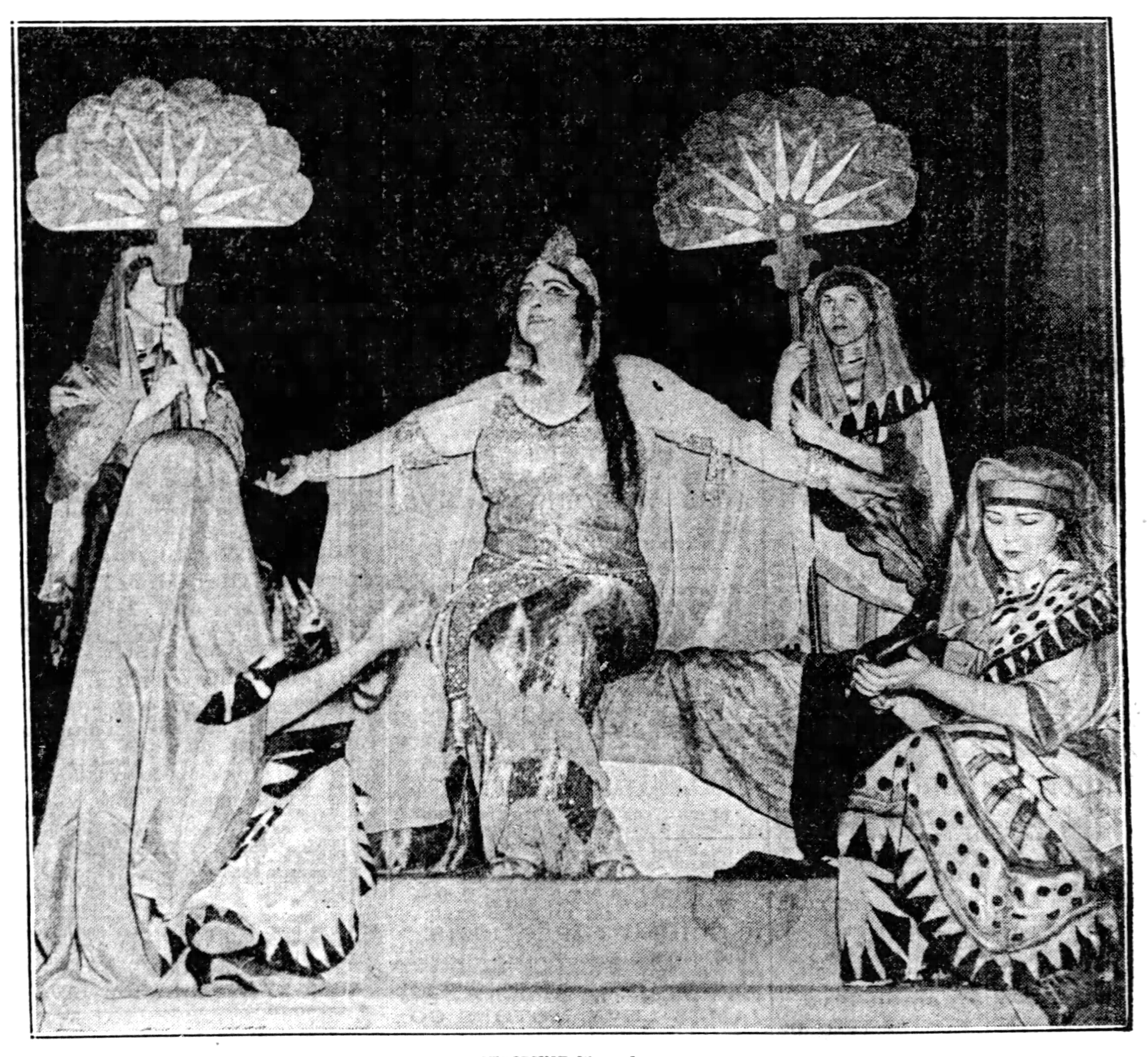