Hall of Science
The Hall of Science, a beautiful structure designed by Paul Cret of Philadelphia. Here are housed the exhibits which illustrate the things that men are now thinking about in the various branches of learning known as the pure sciences. Mr. Cret’s problem was to build a structure which would lie directly across the Leif Ericson drive and extend down to the edge of the water in the lagoon. This problem he solved by making the northern front a graceful circular arc of high pylons extending a welcome to each approaching visitor. The rest of the building is in the shape of a U with the arms of the U extending to the water’s edge and enclosing a court of three acres. The building itself covers an area of more than eight acres; something like 400,000 square feet.

Two floors are used for exhibiting the basic sciences which, for convenience of operation, are grouped under the following seven heads: mathematics, astronomy, physics, chemistry, biology, geology and medicine.

The ground floor, which is on the same level with the surrounding park, is devoted to medicine and industrial applications of science. The main floor, which is approached by a gentle ramp from the north, also by a viaduct from the industrial buildings on the south, is given over entirely to the basic sciences with the exception of medicine and astronomy. Since, however, astronomy is so splendidly represented in the Adler Planetarium, under the direction of Professor Philip Fox,
the main floor of the of the Hall of Science is devoted to the remaining six of the basic sciences. 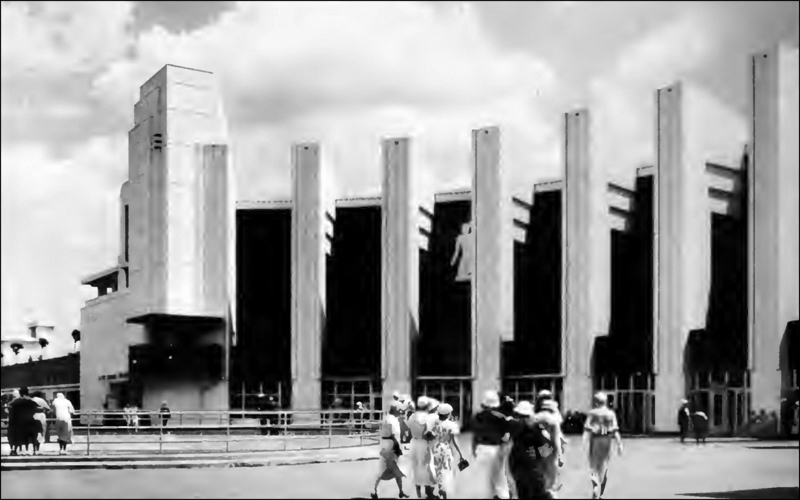 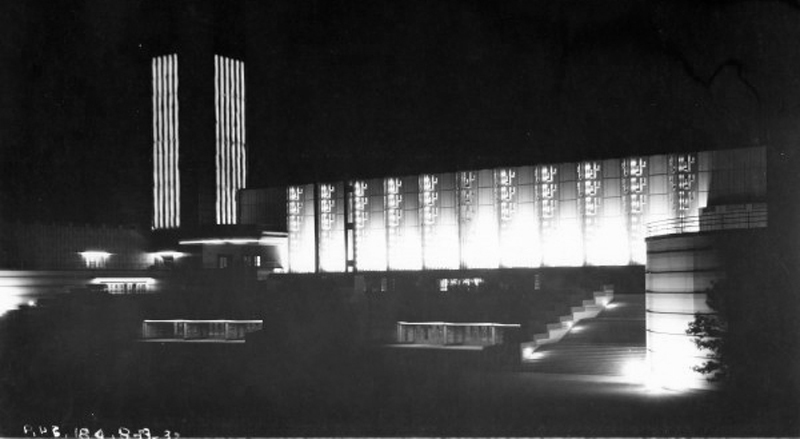 Hall of Science at Night
Century of Progress Records, 1927-1952, University of Illinois at Chicago Library.