Softball and the 1933 A Century of Progress

The name softball dates from 1926. It was called indoor/outdoor, baseball, kitten ball, diamond ball, mush ball and pumpkin ball, but it was decided to call it “softball” in 1926 after a Denver YMCA official suggested the name. The newly christened sport made a giant leap in 1933 when a Chicago American reporter and sporting goods salesman organized a softball tournament in conjunction with the World’s Fair. Leo Fischer (the reporter) and Michael Pauley (the salesman) invited 55 teams to compete in three tournament divisions: men’s fastpitch, men’s slowpitch and women’s.

On the opening day of the 1933 tournament, the Chicago American said, “it is the largest and most comprehensive tournament ever held in the sport which has swept the country like wildfire.” With admission free, 70,000 people saw the first round of play.

The championship games were played at Chicago Stadium on September 15, 1933 in which the J.L. Friedman Boosters team from Chicago beat Briggs Beautyware of Detroit to win the slow-pitch tournament. It was the first loss of the season for Briggs after 41 consecutive wins.

The success of the tournament spurred the founding of the Amateur Softball Association in the fall of 1933. The Association brought much-needed standardized rules to the game. The ASA has always believed that softball is a game for all ages of participants, so it has set rules for different age groups. A 12-inch ball is now the standard with many youth leagues using an easier to handle 11-inch size. Some leagues play a variation of softball using a 16-inch ball.

Sports come and go. A new game or sport is invented, publicized, sold to the American nation. And within six months everybody has forgotten all about it, but softball is one which many sports enthusiasts believe is here to stay.

For softball is the new American fever. It is the cricket of America, the sport and feverish fun of more than 10,000,000 Americans. One may play it in early childhood or in late life. You can play it with the skill and precision of a big leaguer, or with the slowness and creakiness of a 90-year old stuffed shirt wheezing around a golf course.

Until 1933 the game was a joke, for confusion in the rules hurt its growth. In the fall of 1933 a group of recreational leaders met in Chicago and drafted a uniform set of rules. The founding of the American Softball Association of America ended a mixup and started the game on the uptrend. The world’s fair which was in progress in Chicago during ’33 was approached to sponsor a softball tourney, but the exposition officials were not enthusiastic over the idea. During the latter part of August that year, however, they informed the softball officials they would budget $500 for a tourney and built a playing field within the world’s fair grounds.

From every state where any sort of softball tournament was conducted the winning team was invited to the first national softball championship event. The meet attracted 16 teams of men and eight in the girls’ division. They came from Colorado, Louisiana, Georgia, Connecticut, Kentucky, Illinois, Indiana, and nine other states. The $500 the officials had received from the world’s fair was spent in advance promotion and nothing was left to spend on the teams that came, nor did they have any money for a trophy, but that failed to discourage them.

Trophy Is Started
They went to the publishers of the Chicago American and told their story and the first Hearst trophy was a result of that meeting. The officials felt that of 24 teams could come to the first national tournament and pay their own way for the love of the sport, they felt that they had something.

State associations were formed, state commissioners were appointed, and the game of softball under the guidance of a national organization went merrily on. The 1934 tourney was insight and the officials went to Hearst, who donated $5,000 towards the world’s softball championships. With this money the softball officials gave the the teams money for their rooms in a hotel and also provided a little entertainment while in Chicago.

The Chicago park district set up the diamonds at no expense and no admission was charged for the second national softball tournament. Thirty states were in the tourney and over 1,000 players participated. The series drew over 200,000 fans in three days. In 1936, the softball championships moved into Soldier Field, Chicago, the place where every major event in Chicago is held.

While all this national activity was going on local leaders started to organize. Herbert Pallet was selected for the position as state commissioner for Louisiana. Incidentally, it was Mr. Pallet who hurriedly organized and took the Y.M.H.A. team in Milwaukee to participate in the 1933 tournament and also to play within the grounds of the Chicago World’s Fair. Over 4,000 fans turned out for the tourney in the World’s Fair grounds. Mr. Pallet served as first vice-president of the A.S.A. in 1933 along with M. J. Pauley, also of New Orleans, who was executive secretary-treasurer. 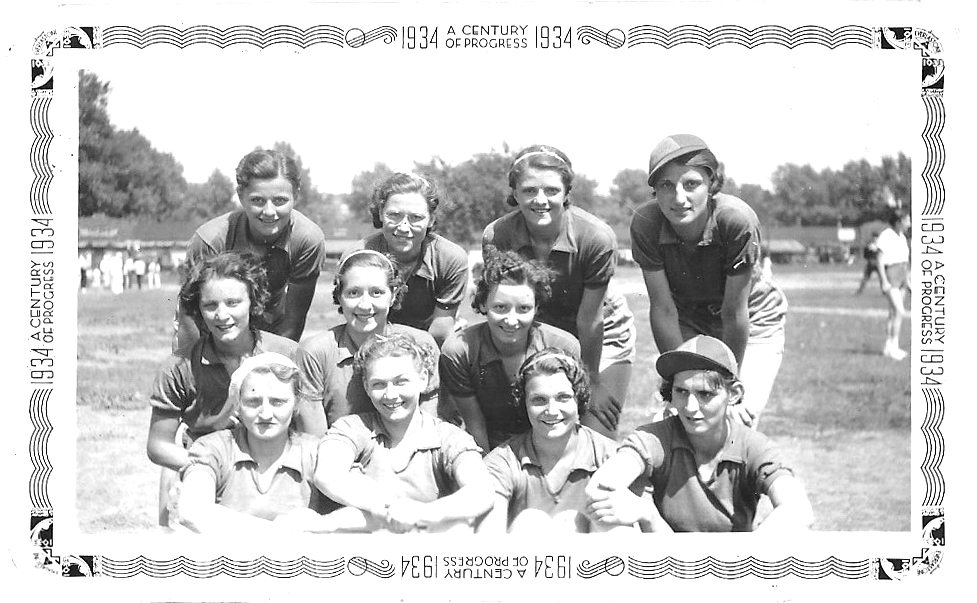 In 1934 Frederick deBeer patented a softball called the “Clincher.” This innovative ball featured seams sewn underneath the outer shell of the sphere. The unique design prevented the stitching from hitting against the tough ground and splitting. Although other companies such as Spalding had their own version of the protected seam, deBeer’s ball became a favorite in New York City and Chicago, helping grow the game in key markets by cutting costs on new equipment. To this day, the 16-inch version of the Clincher—known also as “mushball”—is de rigueur in Chicago.1 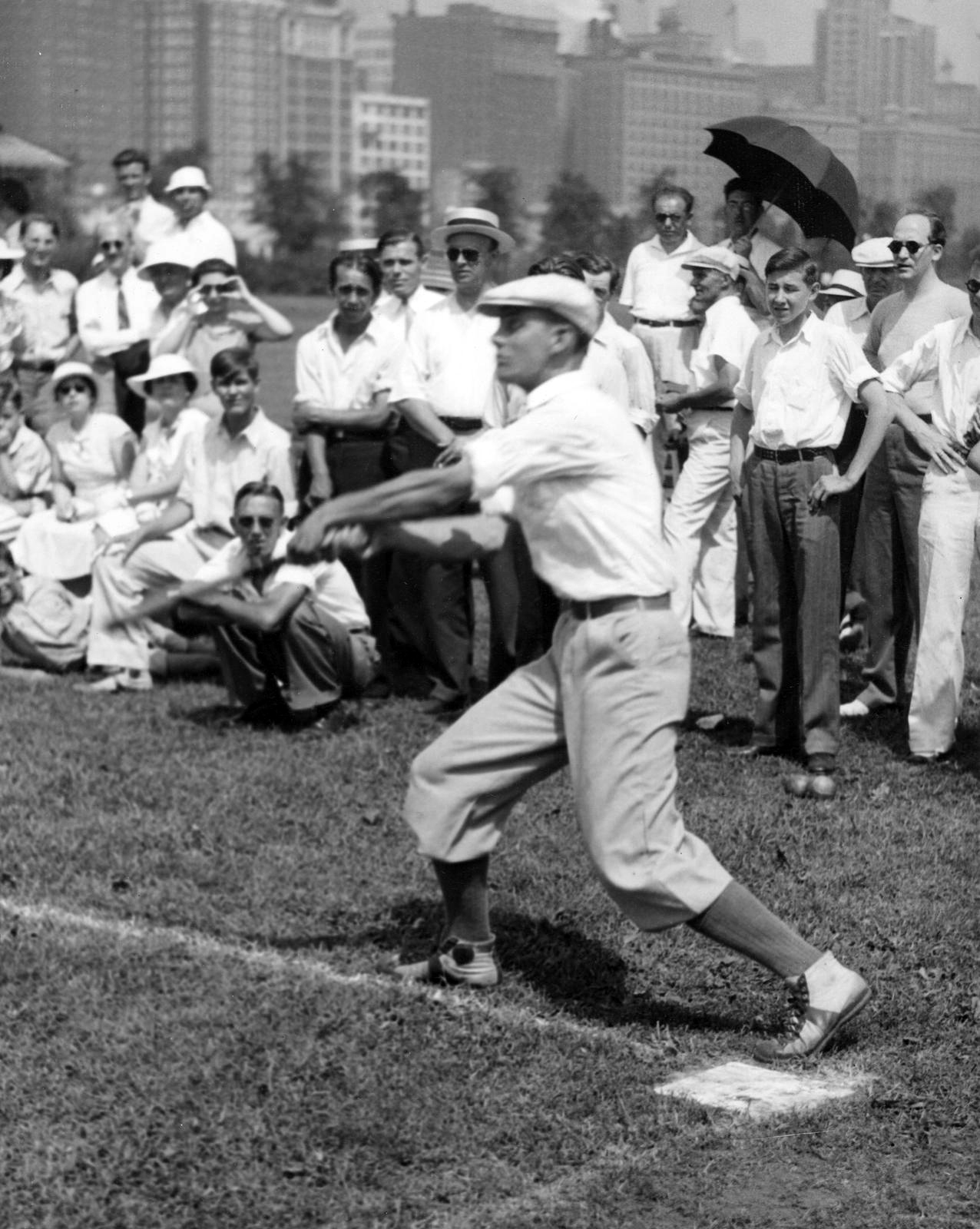 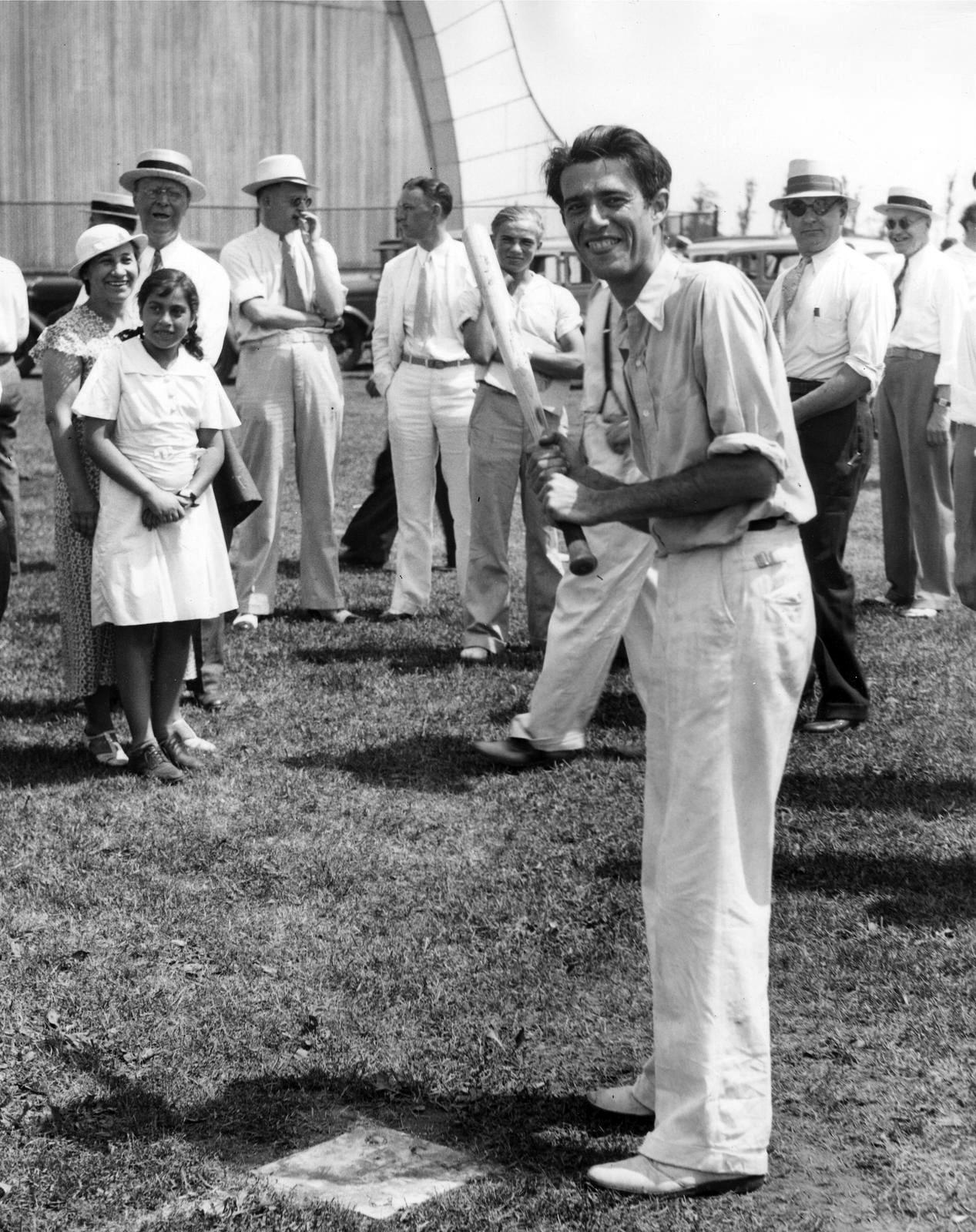 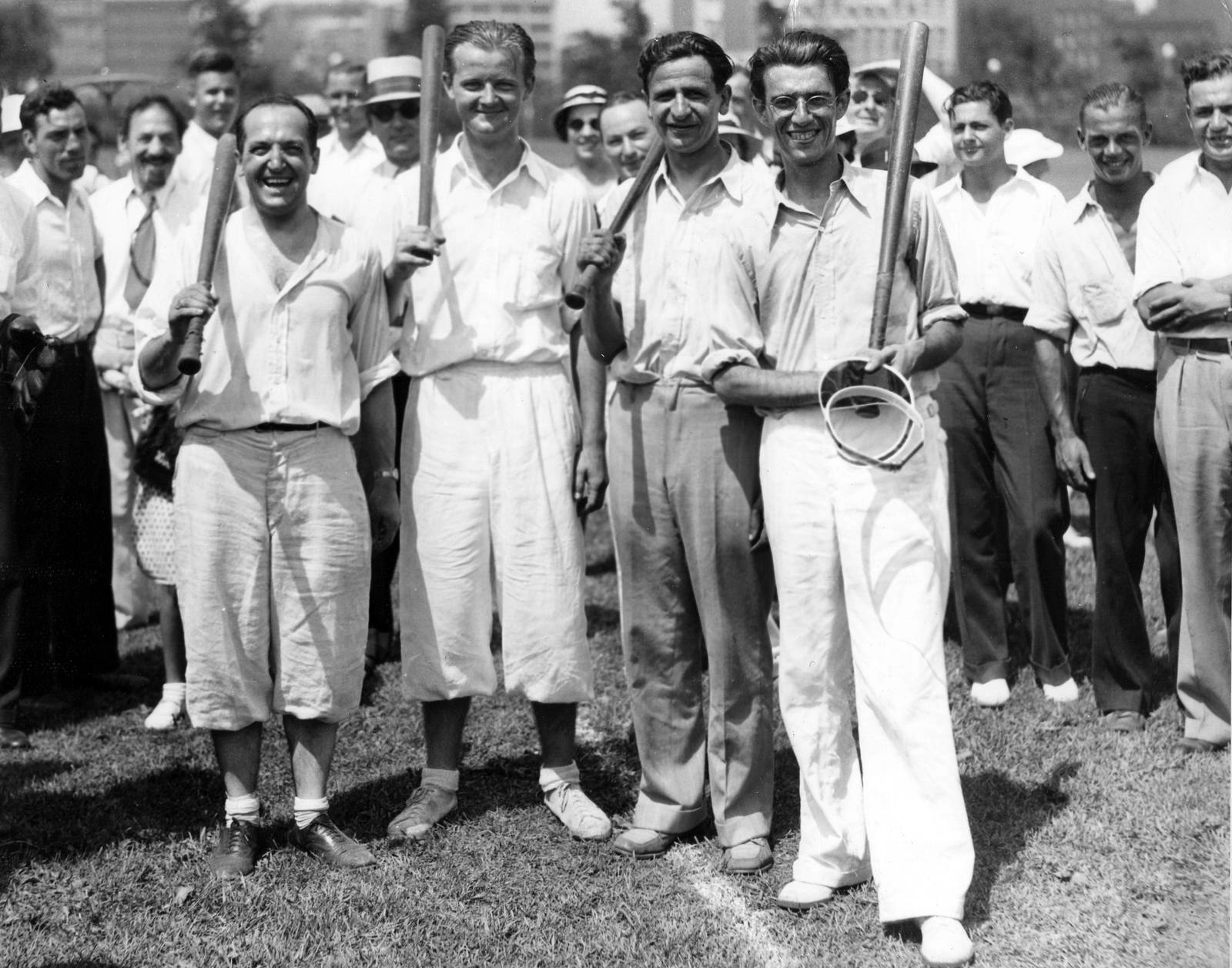 NOTES:
1“The Secret History of Balls: The Stories Behind the Things We Love to Catch” By Josh Chetwynd, 2011