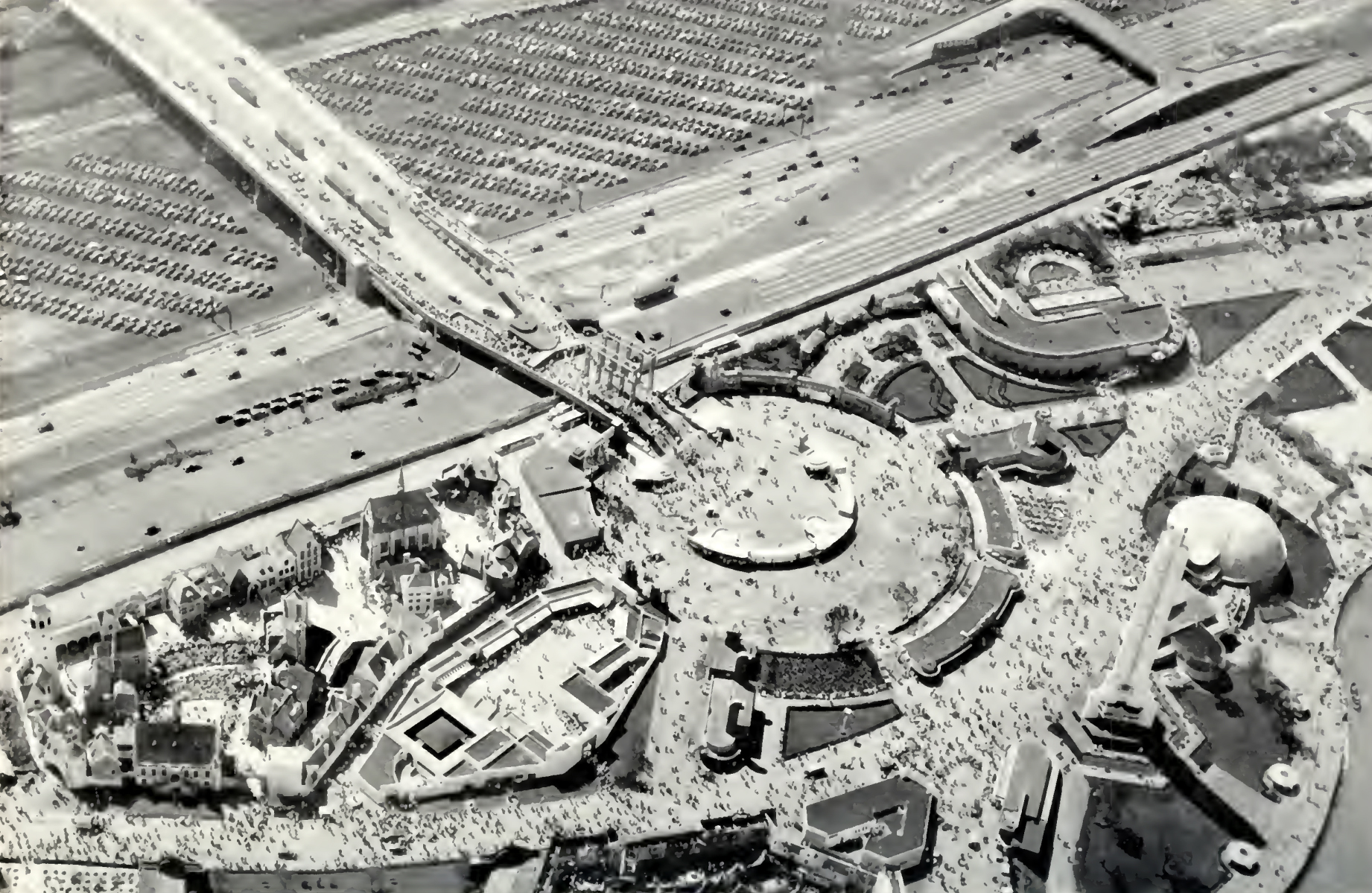 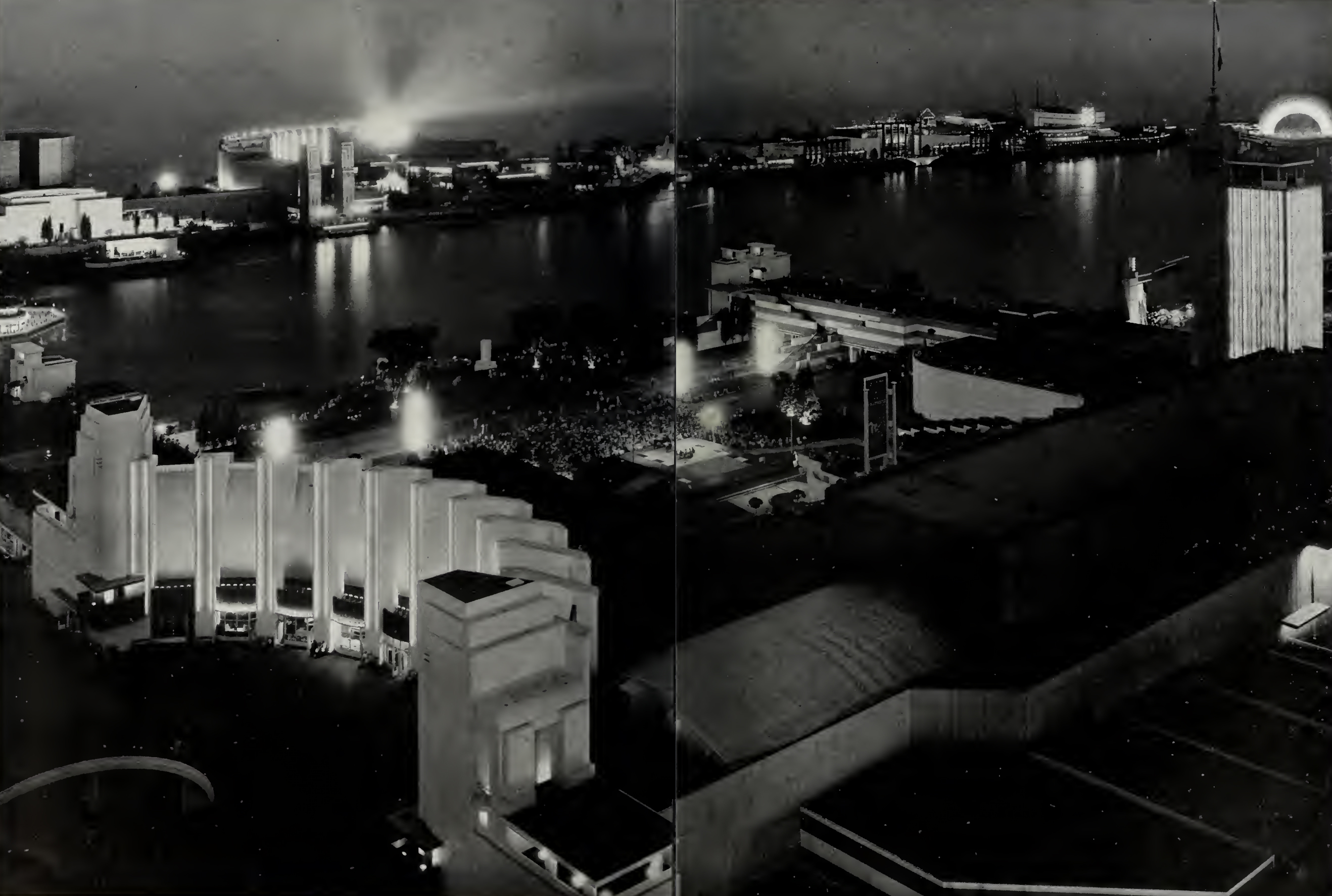 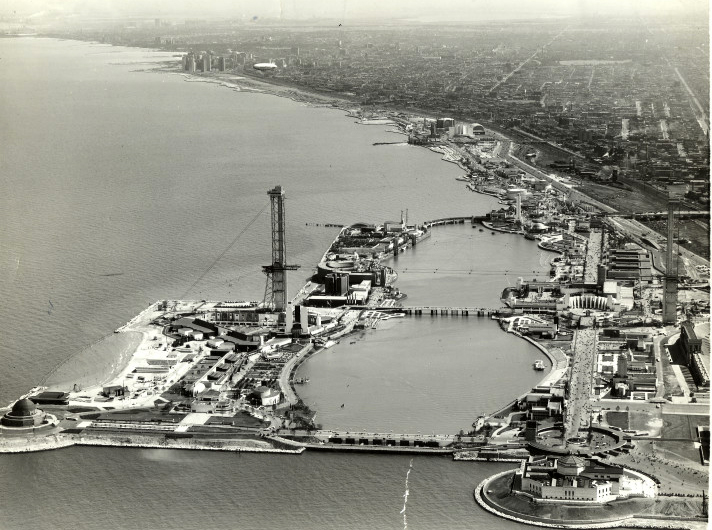 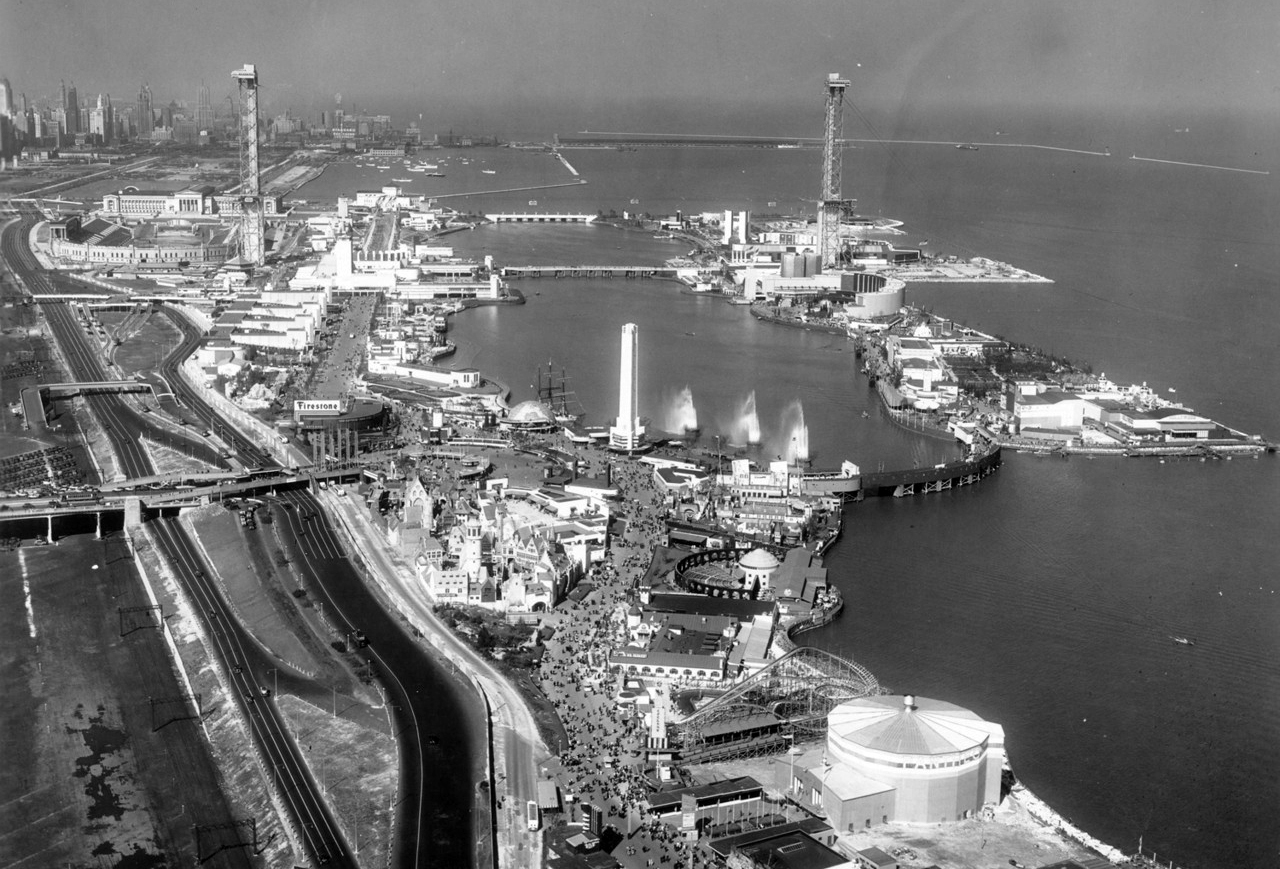 Century of Progress aerial view of Northerly Island and Lagoon, 1933

As the Burnham Plan suggested, in the 1920s the city began to fill in land to develop Northerly Island. It was the first in an intended chain of connected islands to extend south to 51st Street. The goal was to create an area on the lakefront that could be used for water sports. In 1933 Northerly Island housed the botanical exhibit at the Century of Progress World’s Fair. None of the other islands were ever developed.