Federal Building
Where the north Lagoon curves around at Science Bridge, a three pylon building stands on Northerly island, chromatic yet stately.

Above its gold dome three pylons, fluted towers 150 feet high, typify the three branches of United States Government legislative, executive and judicial. This is the building for which Congress made appropriation to house, develop and maintain the story of Government activities a story which might be said to be the crowning chapter of the story of science, and its application by industry to the welfare of the people, which A Century of Progress tells.

On the west front of the building a plaza extends to the lagoon, and a 40-foot span to an embarcadero used by dignitaries of state to disembark for a visit to the building.

At its back, and in V-shape seeming to embrace it, is the States Building, with its Court of States, thus typifying the increased feeling of loyalty of the citizens to the Union. 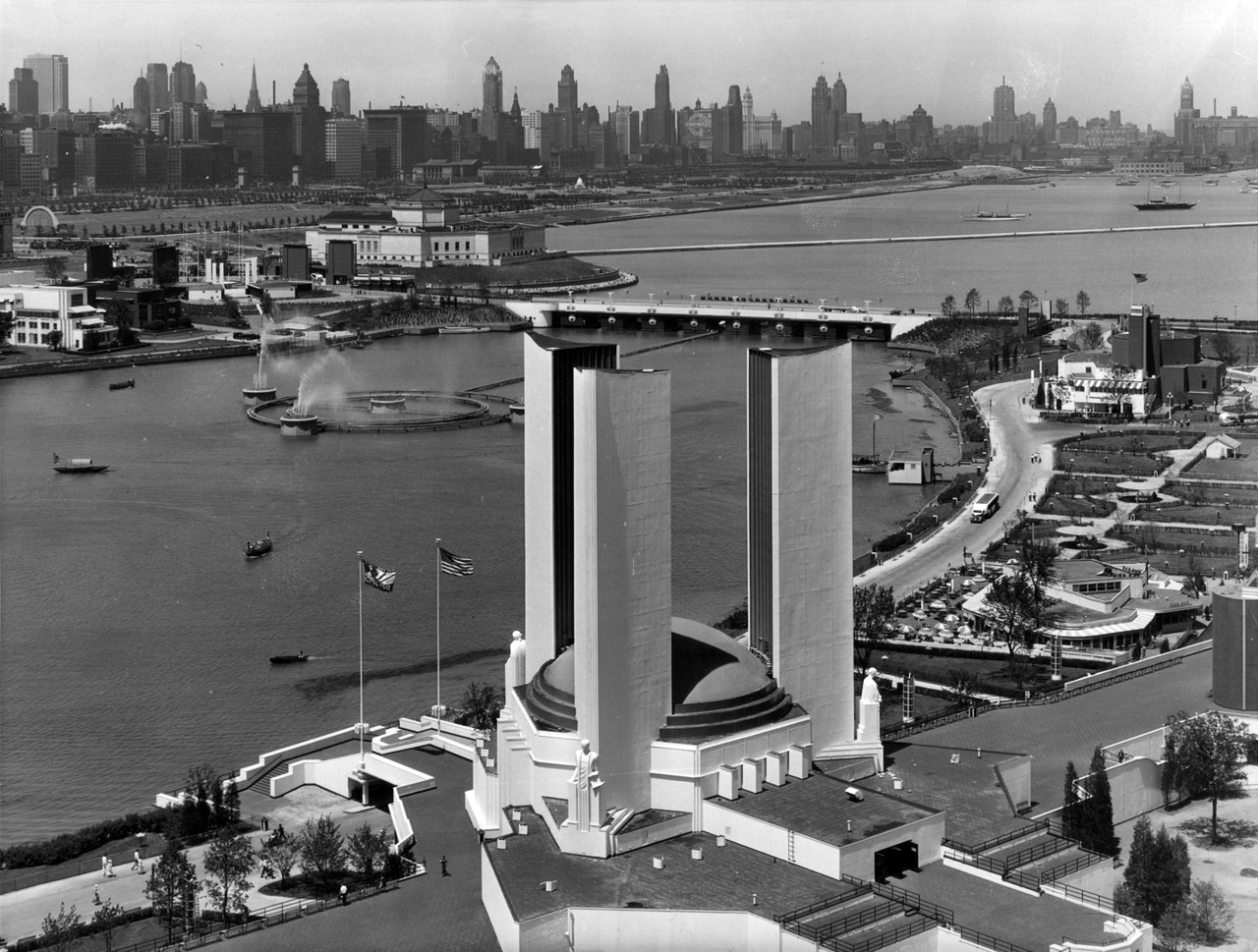 The United States Government Building is 620 feet long and 300 feet wide, and you enter it into a rotunda 70 feet in diameter. Over it is a 7 5 -foot dome. About the building are sunken gardens which fill the open part of the “V,” forming the Court of States.

Many are the contributions which the Government makes to enunciate the theme of the Fair in the exhibits you will find in its beautiful building. Ten departments of the Government tell of their activities and achievements Agriculture, Commerce, State, Interior, Navy, Labor, Treasury, War, Justice and Post Office. Also there are extensive exhibits of the Smithsonian Institution, the Panama Canal, the Library of Congress, the National Capital Park and Planning Commission,

Veterans’ Administration, the National Advisory Committee for Aeronautics, the Shipping Board and the Government Printing Office.