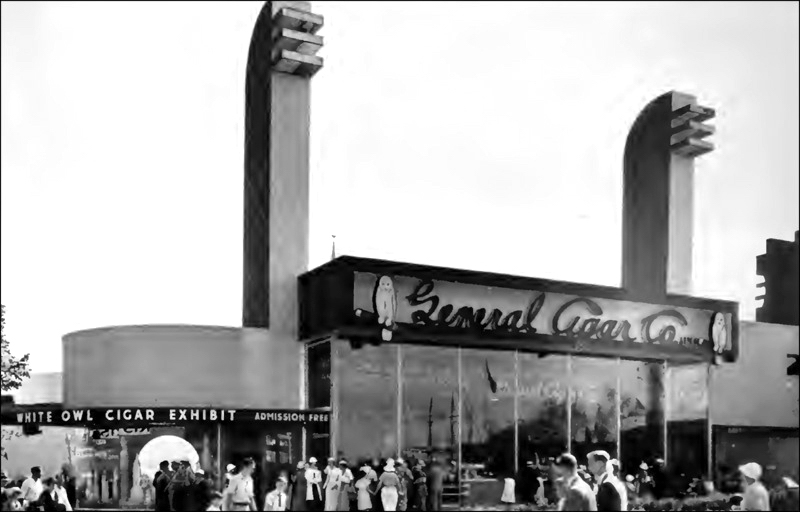 General Cigar
The Official Guide Book of the World’s Fair

The exhibit shows in operation two modern cigar making machines which produce 10,000 cigars a
day. Other machines complete the operation of wrapping the finished cigars in cellophane and applying the revenue stamps, all without the cigars being touched by hands. Lounge and rest room adjoins the exhibit. 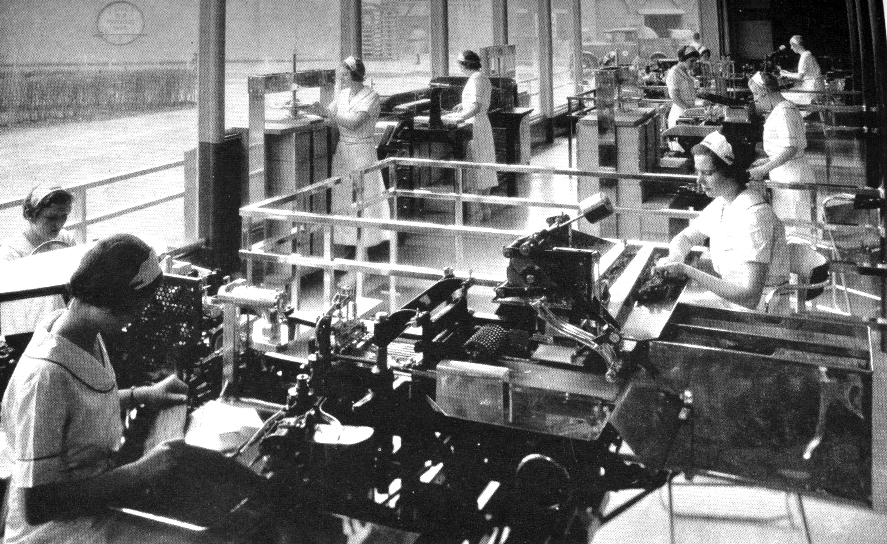