From Wagons to Wings – Steam Locomotives
It has been only sixty-four years since two sweating gangs of laborers met near Ogden, Utah, May 10, 1869, in a thrilling race from east and west, and drove the golden spike that completed the span of the continent with iron bands.

At that time there were less than 40,000 miles of railroad in this country. Small, slow engines yanked crude cars from coast to coast, but the nation could hail them as wonderful monsters of progress.

Crowds came in rattly buggies to watch the trains go by, or gratefully hauled produce to sidings in horse-drawn wagons, a market found at last, and the “Iron Horse” pounded out the beginnings of communities, cities, a wider civilization. For the first time, the west, and east, and north, and south were welded together, as one great country. 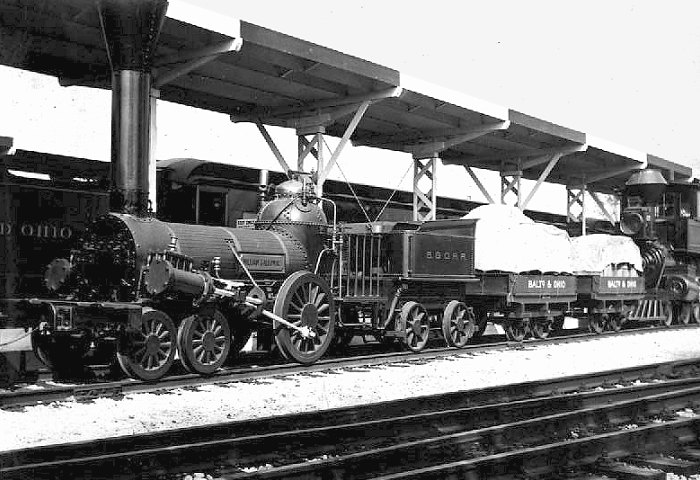 A historic locomotive replica displayed at the Chicago World’s Fair of 1933-34 was the Baltimore & Ohio’s Lafayette. Built by William Norris & Company of Philadelphia in 1837, she was the first B&O locomotive to employ a horizontal boiler. Other innovations were the positioning of cylinders ahead of the smokebox and the four-wheel swiveling pilot truck. The Lafayette established the configuration steam locomotives would follow until the end of the steam era. The replica was first exhibited in 1927 at the B&O’s centenary exposition, “The Fair of the Iron Horse.” 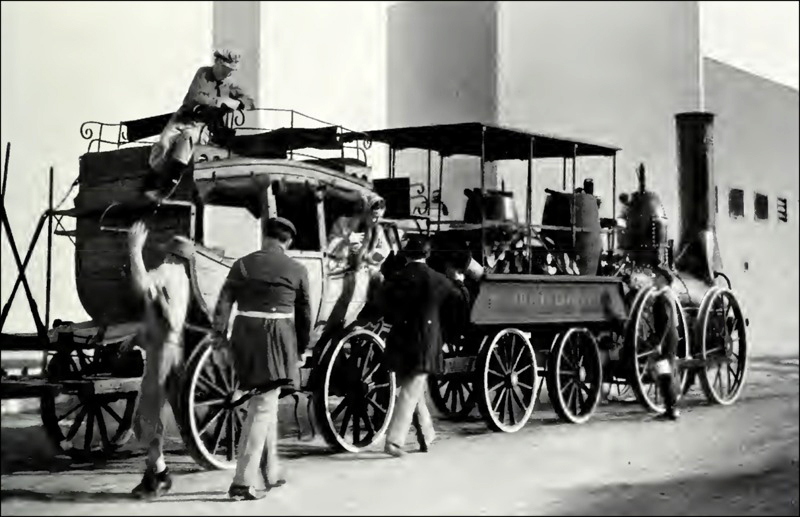 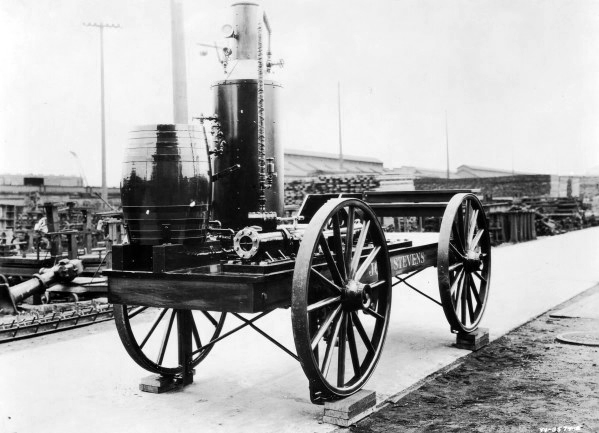 One of the first steam locomotives to run on rails, built by inventor Colonel John Stevens, on display at A Century of Progress International Exposition, 1933-1934. The prototype locomotive on display here contained a boiler steam propulsion system attached to a wagon. 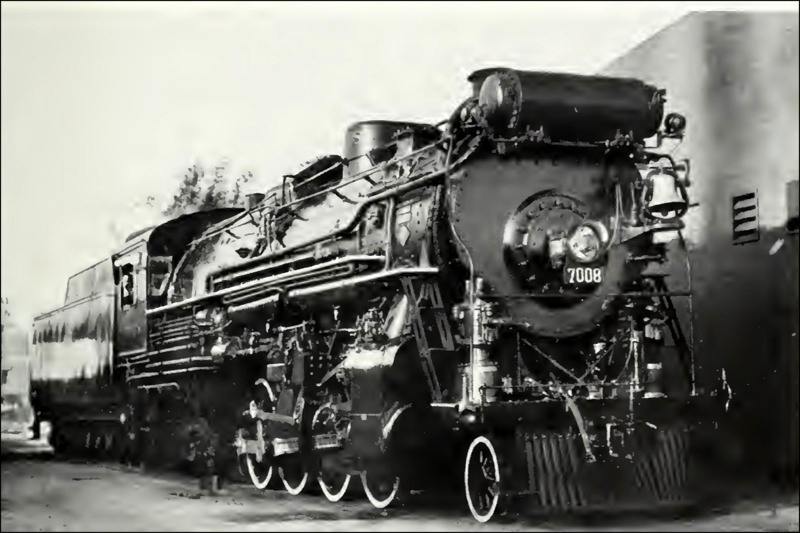 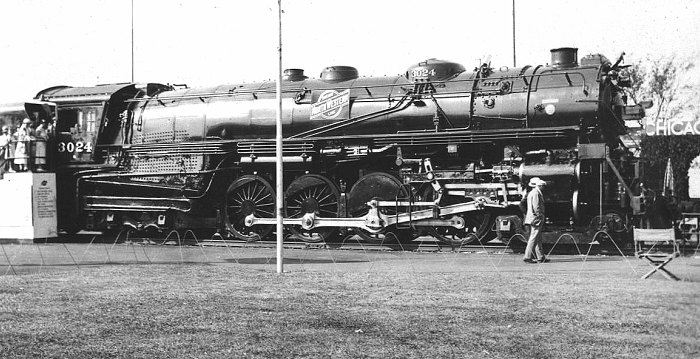 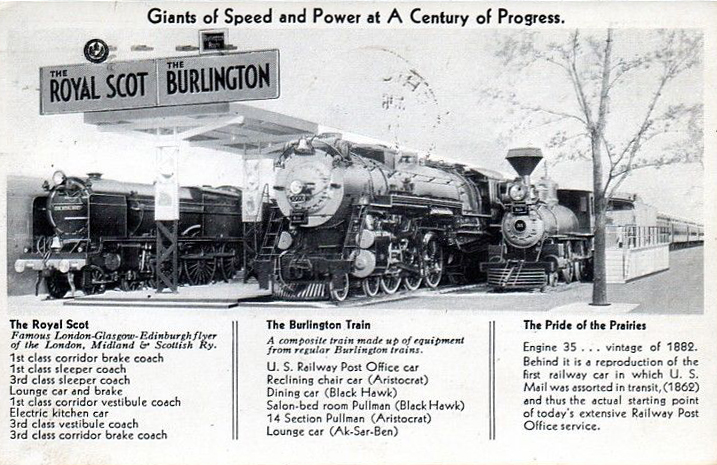 A postcard that depicts three steam locomotives exhibited by the Burlington Route and the London, Midland & Scottish Railway at the Century of Progress Exhibition
Published by: Jahn & Ollier Engraving Co., Chicago 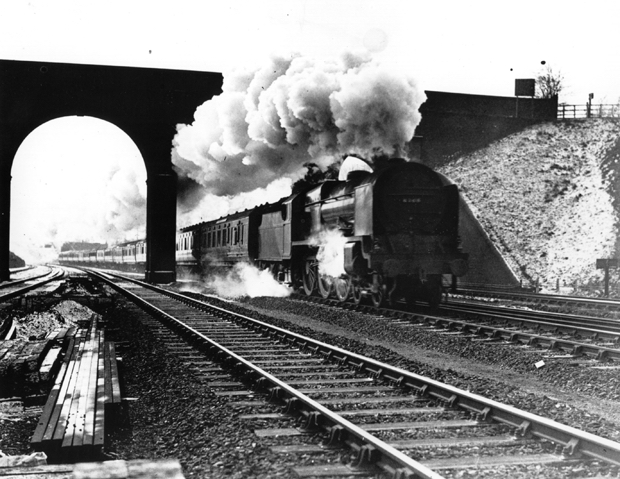