One of the most famous of these is the ship in which Glenn H. Curtiss won the $10,000 prize for a flight from Albany to New York, a distance of 143 miles, covered in two hours and fifty minutes back in 1910. Another is the Columbia, in which Chamberlin and Levine crossed the Atlantic to Germany. Still another is the Woolaroc, in which Col. Art Goebel and Lt. Davis flew from Oakland, Cal., to Wheeler Field, Honolulu, 2,400 miles, in 25 hours, 17 minutes. Eight planes were in that race sponsored by the Dole Company.

Every type of ship is shown, and a complete history of aviation given. 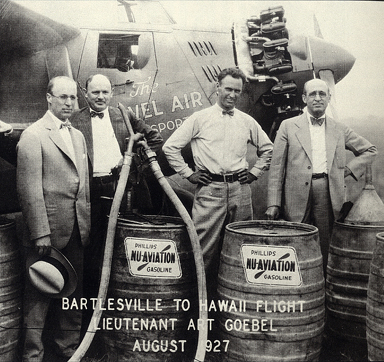 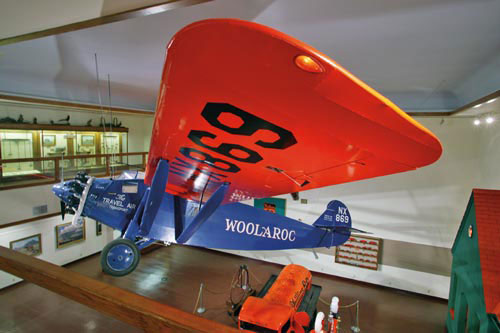 Two years after the historic trans-Pacific flight, the Woolaroc was retired to the Woolaroc Museum in Woolaroc, Oklahoma for which it was named.