Sinclair Exhibit
Sinclair sponsored this dinosaur exhibit which was meant to point out the putative correlation between the formation of petroleum deposits and the Age of Dinosaurs. The exhibit included a two-ton animated model of a brontosaurus. The exhibit proved so popular it inspired a promotional line of rubber brontosaurs at Sinclair stations, complete with wiggling heads and tails, and the eventual inclusion of the brontosaur logo.

Giant prehistoric monsters. On the heaped up reddish brownstone hillside of the age of reptiles the forty-ton brontosaurus swings his long neck, jerks his huge tail, clashes his jaws and emits life-like screeching grunts. In a pool a glaring-eyed trachodon, bigger than a hippopotamus, splashes with his huge clawed foot. He is watching a fight between a three-horned triceratops and a tyrannosaurus, most ferocious creature that ever lived, with crocodile jaws and hind legs like a kangaroo. Near them a stegosaurus, large as an elephant, browses on prehistoric vegetation. Visitors pass through a cave in which are seen explanations of the connection between the age of monsters and the origin of oil deposits. 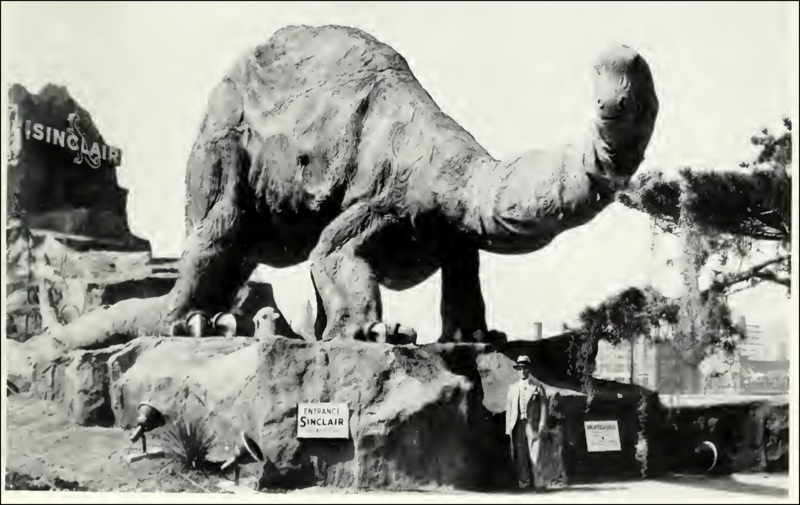 Sinclair Exhibit
The Official Guide Book of the World’s Fair 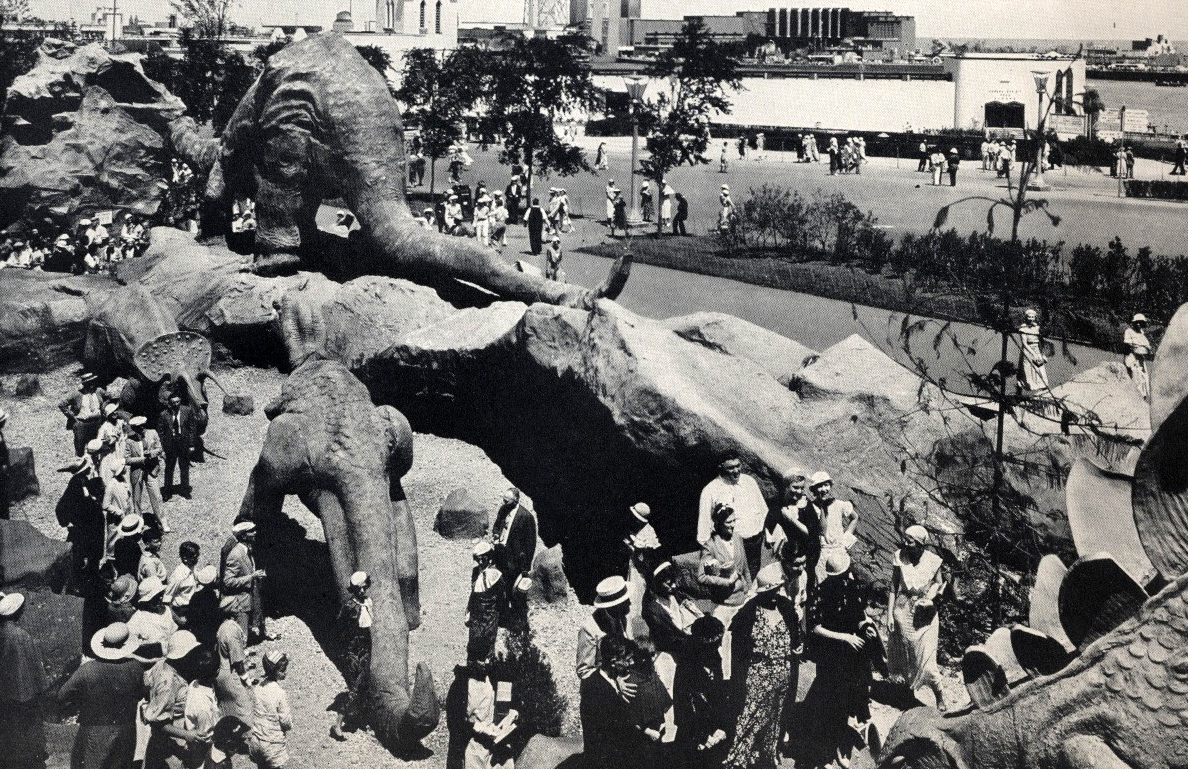