Chrysler Building & Exhibit
A huge drop-forged steam hammer, shaping steering knuckles from red-hot steel billets, and a quartermile outdoor exhibition and testing track and sand pit, are features of the animated exhibits in the Chrysler building.

The main building is in the form of a Maltese cross with four pylons, 125 feet high, and an open center well. A long, elevated promenade overlooking the track, connects this building with the smaller building at the north. Holabird and Root are the architects.

Airy, outdoor effect, with comfortable chairs and settees placed everywhere in shady and breezy spots, carries out the inviting and hospitable plan of the building. 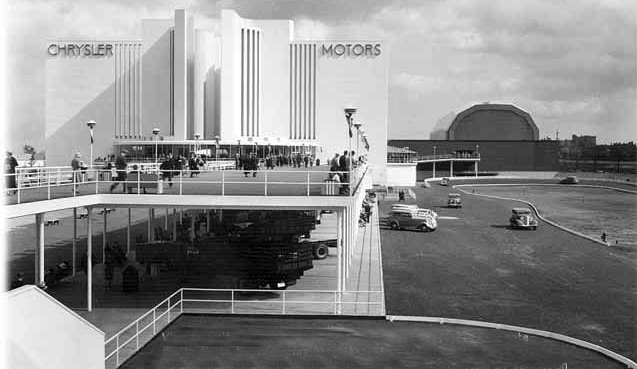 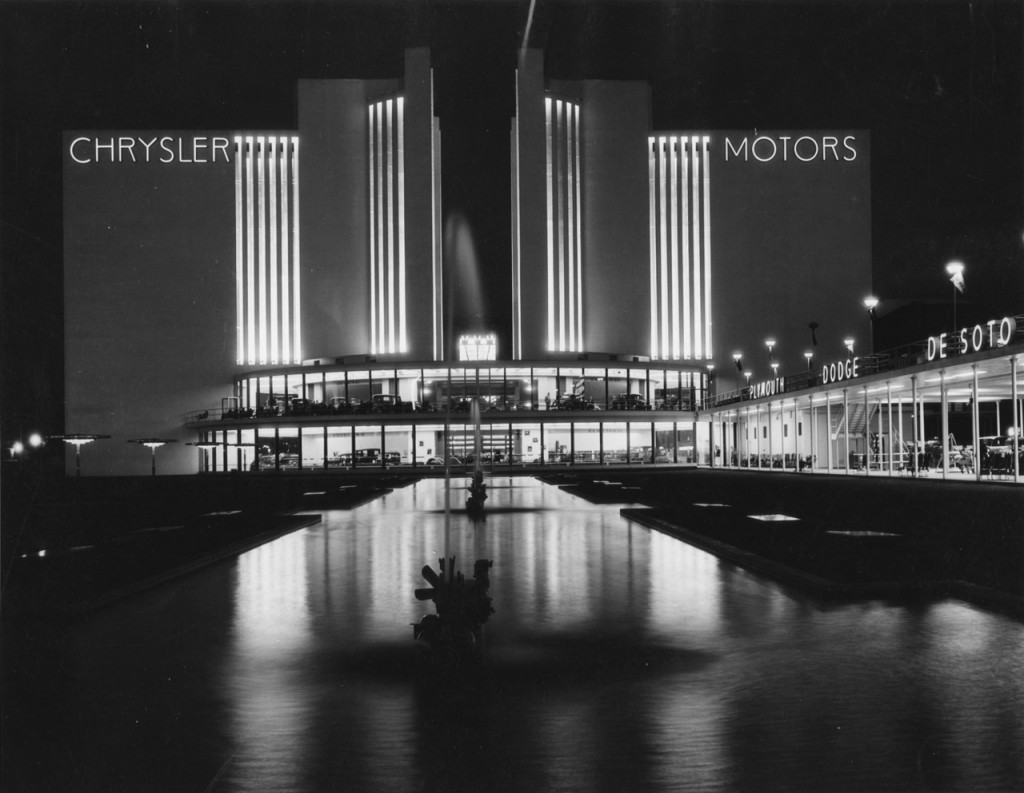 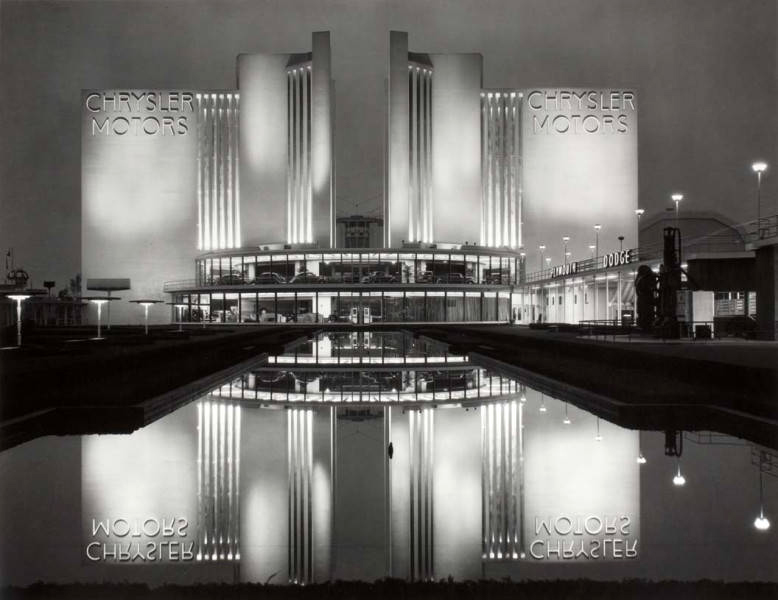 This was the first commercial three strip Technicolor live action short subject ever filmed. Filming took place at the Chicago World’s Fair during the last two weeks of October 1933. There is also included in the short a black and white segment filmed at the Chrysler test track at the Fair, this footage was tinted yellow for it’s original release. The short was presented at local theaters beginning in April 1934 by the Chrysler Plymouth Corporation. A fully black and white version was also released. 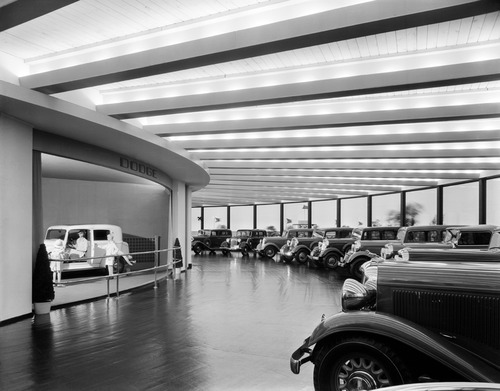