A. Raymond Katz World’s Fair Poster
In this famous poster for the 1934 Chicago World’s Fair, fan dancer and silent film star Sally Rand, one of the event’s star attractions, points the way to the fair. Rand simulated nudity in her act by wearing a body stocking. The street-sign-like device refers to the unique way the lights were turned on at the beginning of the fair: rays from the star Arcturus were collected at various observatories, focused on photoelectric cells, and converted to electricity. A rhythmic, luminous poster that exemplifies the Machine Age at its most kinetic. 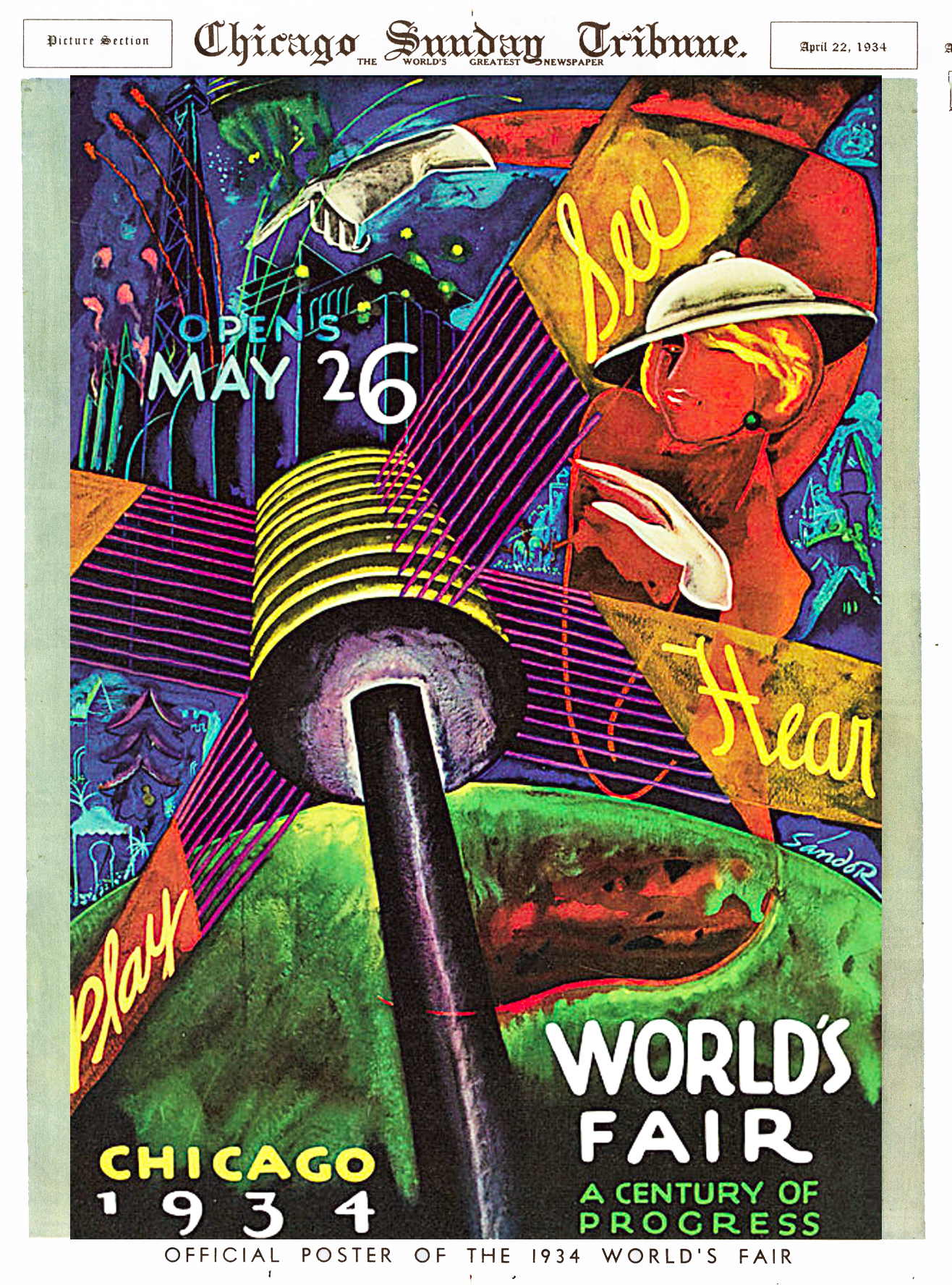