Firestone Building
Next door to the Twenty-third Street entrance is the Firestone building, designed by Burnham Brothers. Standing on the hillside, its eastern view is compassed by the horizon over the lake, while to the north it looks down Lief Ericksen drive past the General Exhibit group to the Hall of Science. When you step into the building you will first see an ultra modern tire factory, fully equipped, embodying the latest methods of manufacture,
and actually producing Firestone automobile tires.

The process, from the masticating of the bales of crude rubber just as they are received from the Firestone Liberian plantations, to the automatic wrapping of the tire for shipment, is displayed.

Beyond the end of the production line is an oper-Firestone Tire-Makins Machine ating model of a revolutionary testing machine, showing the gruelling high speeds to which tires are subjected to bring out facts and characteristics which would otherwise only be revealed by thousands of miles of service over a period of many months.

A display auditorium is devoted to dynamically portraying the safety, endurance, and performance of the tires, tubes, batteries, spark plugs, brake-lining and other automotive products manufactured by the Firestone company. 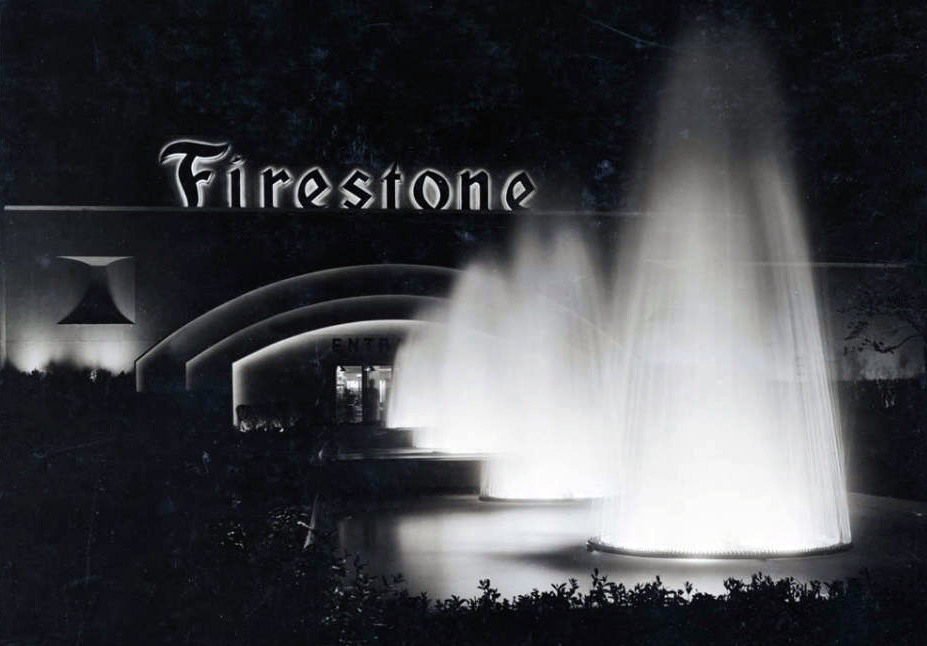 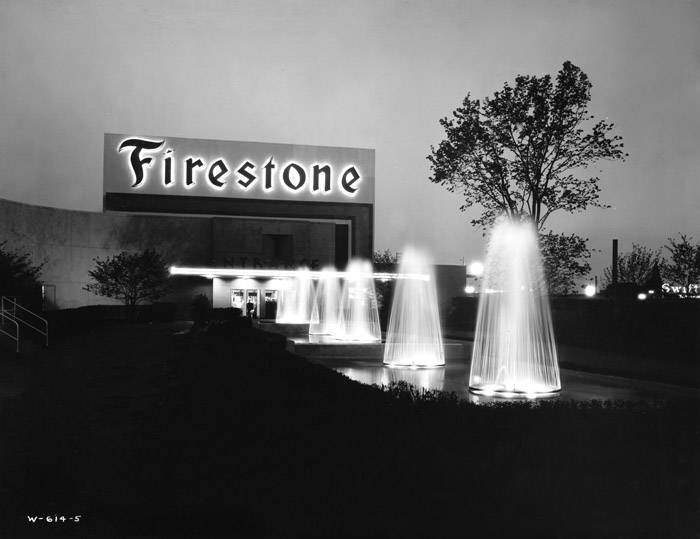 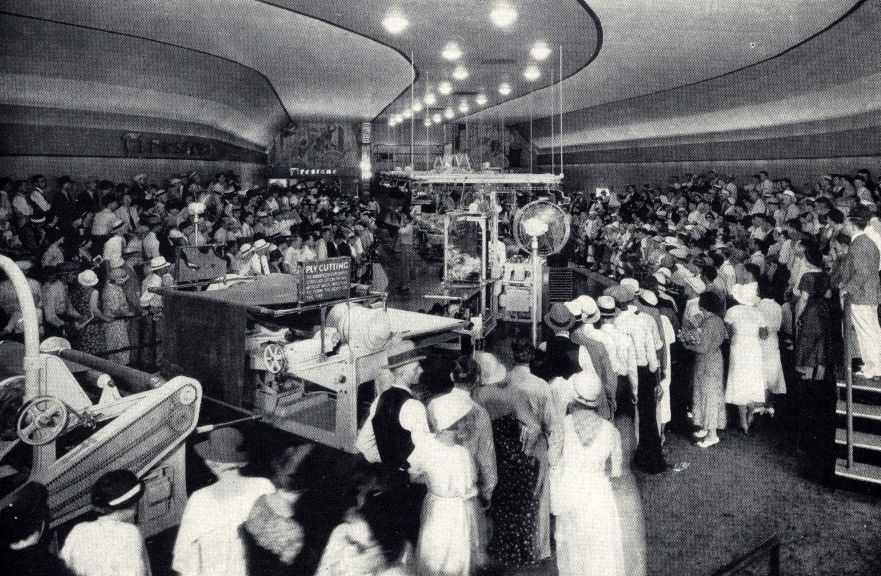 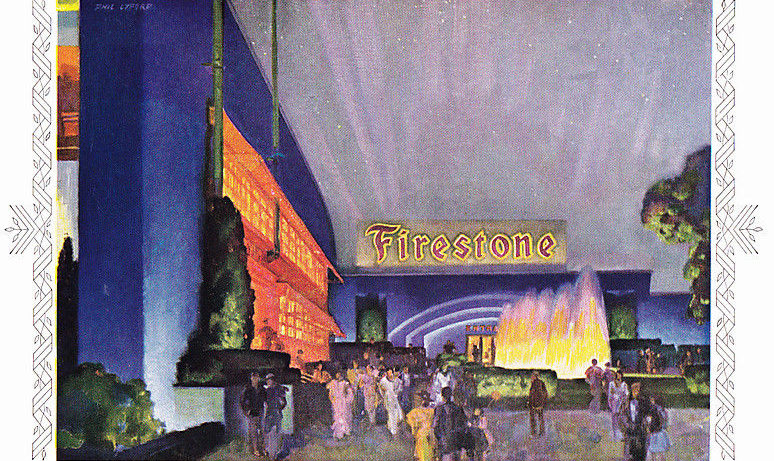