Electrical Building
In the court a fountain sends up iridescent jets of illuminated water in a series of multi-colored steps. Out of the center of the fountain rises a 70-foot canopy. The under side, of hammered copper, chromium plated, reflects the color and disseminates it, and achieves a superb beauty. This is the court of the Electrical building. The great building itself, in semi-circular form behind the court, connects with the Radio and Communication building. A group of pylons rises, with a giant bas-relief panel on either side, forty feet high, on which figures are sculptured in such mammoth size as to suggest the enormous forces they symbolize. One represents Atomic Energy, bearing the inscription: Energy is the substance of all things the cycles of the atoms, the play of the elements are in forms cast as by a mighty hand to become the world’s joundations. The other panel symbolizes Stellar Energy, and bears the inscription: Light is the beginning of all things. From the utmost ether it issues, shaping the stars, answering in its patterns to the majesty of creative thought. 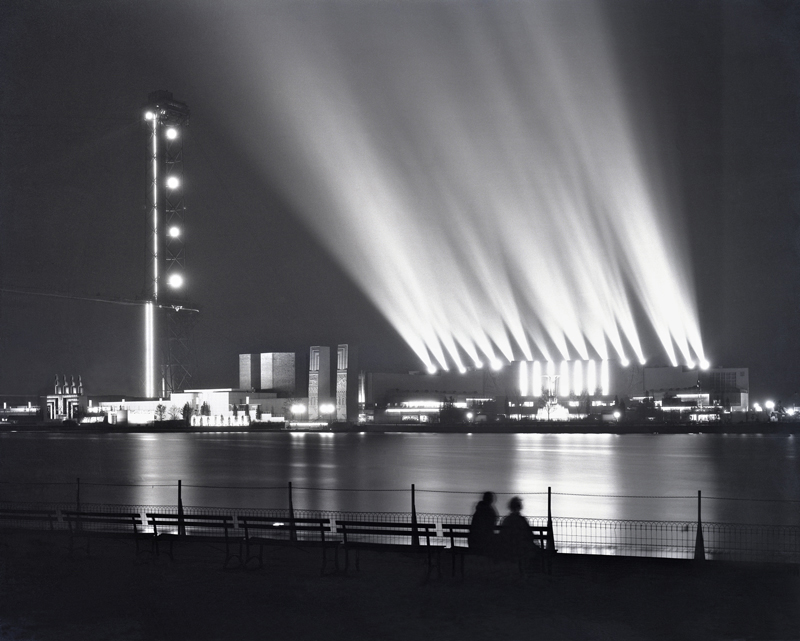 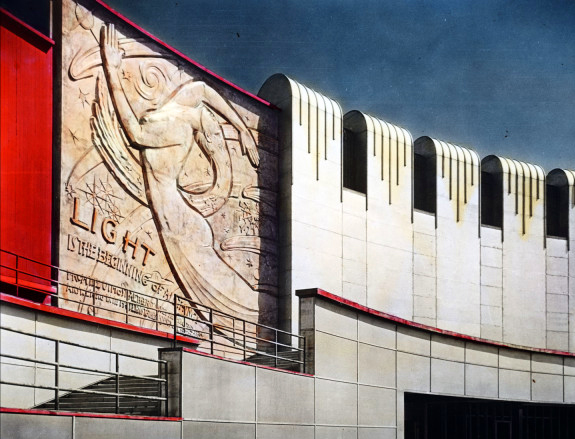 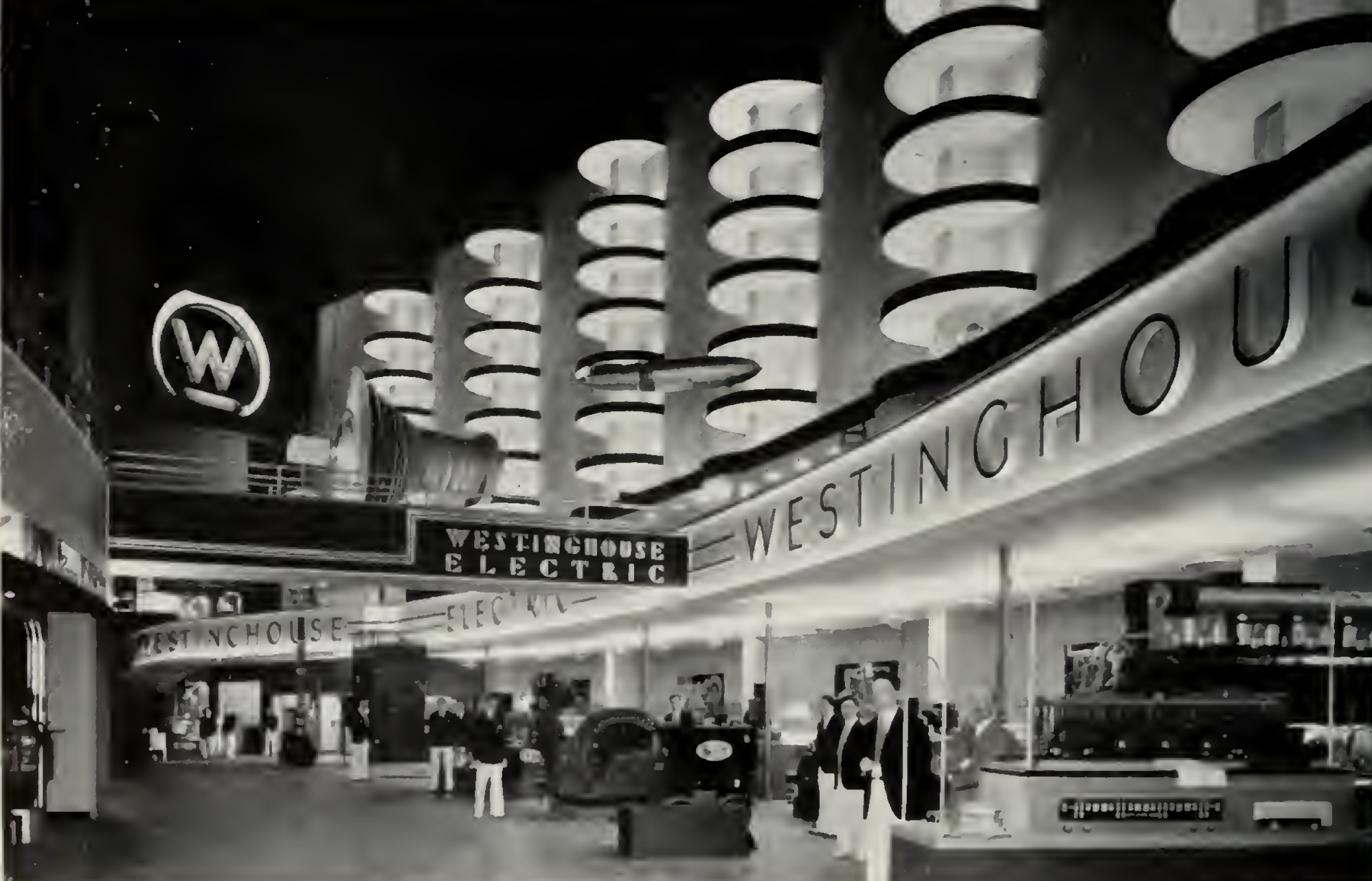 Westinghouse Exhibit in the Electrical Building

An Amazing Diorama
On the mezzanine, the largest diorama in the world tells you a thrilling, inspiring story. Suddenly the great scene, 90 feet long, leaps into life. Reservoirs in the mountains take the flow from moving rivers, turbines begin to spin, across the plains lights in lonely ranch and farm houses glow in the dusk; the movement races on into a city that takes on life, the streets imbued with activities inspired by great industries, tall sky-scrapers, homes and hospitals, stores and factories, theaters, churches, rushing elevated trains and subways. A steam electric-generating station with switchyards leading into it, and trains running; an airport, and planes live. On to another city, from coal mines to farms, to quarries, to many other phases of industry now served by electric power goes the precious current.

90-FOOT DIORAMA. illustrating the generation, transmission, distribution, and utilization of electricity, on exhibit at the World’s Fair.

A voice speaks out of the darkness, explaining. And thus, in moving drama, you get the story of electricity from its generation, to its varied service of dispelling darkness, driving machines, and serving households in myriad ways, made possible by hydro-electric transmission. The first hydro-electric station in the United States was built just 50 years ago, near Appleton, Wisconsin!

The diorama is a part of the Central Station Industry Exhibit, displayed by the united power station companies of the nation.

Other striking exhibits you see here on the second floor are full-sized rooms of homes, showing the many uses of electricity in the home; farm buildings, showing farm electrification its uses on the farm from bug killing to silo filling and powering of machinery. Five model stores tell a graphic story. Electric furnaces that have made possible the utilization of cast iron, and other demonstrations of the applications of electricity in power, heat and light in industry are shown.