FIVE DESIGNS FOR CHICAGO’S CENTENNIAL CELEBRATION OF 1933.
by as many members of the architectural commission, setting forth the authors’ conceptions of the lines on which the general plan should be developed. 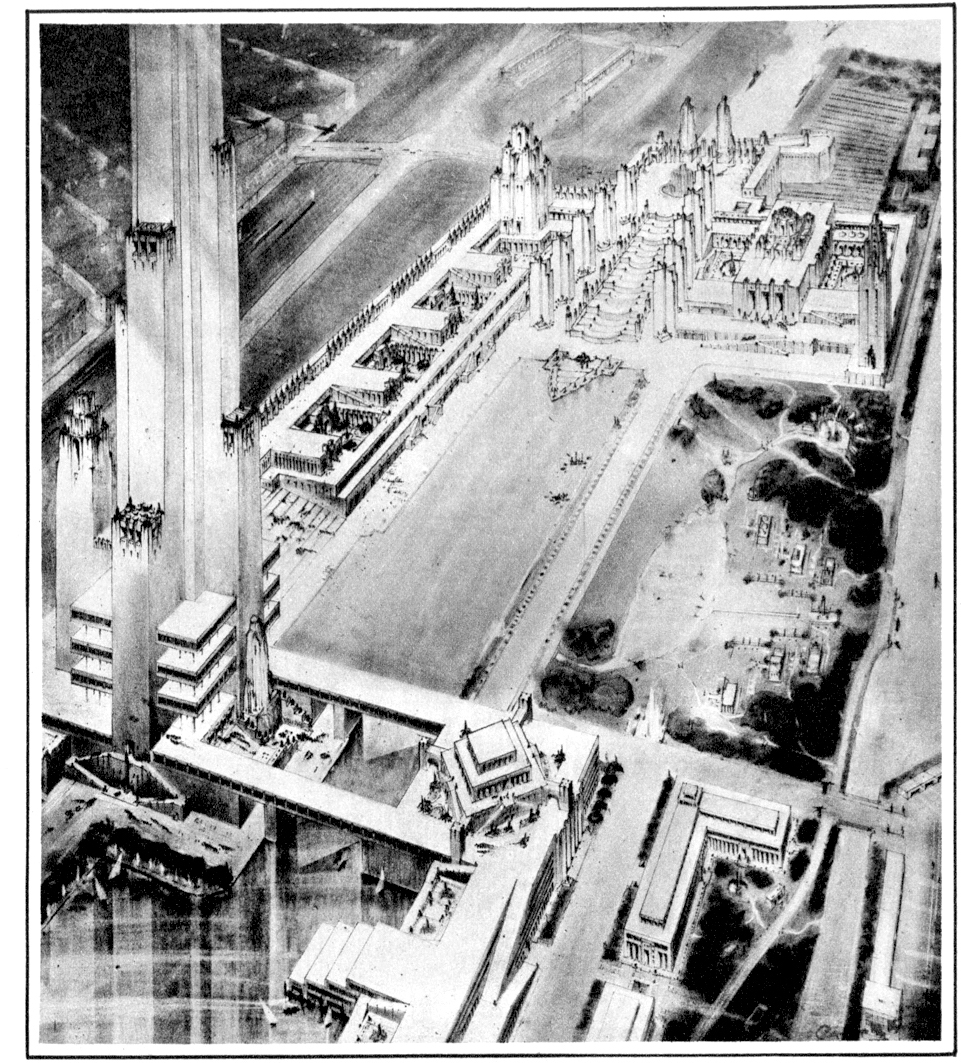 In the plan above, by Raymond M. Hood, diverse elements are arranged around two basins, with a dominant tower placed off center. It is a composition leading to intimate scale in the major elements and individuality in the buildings. 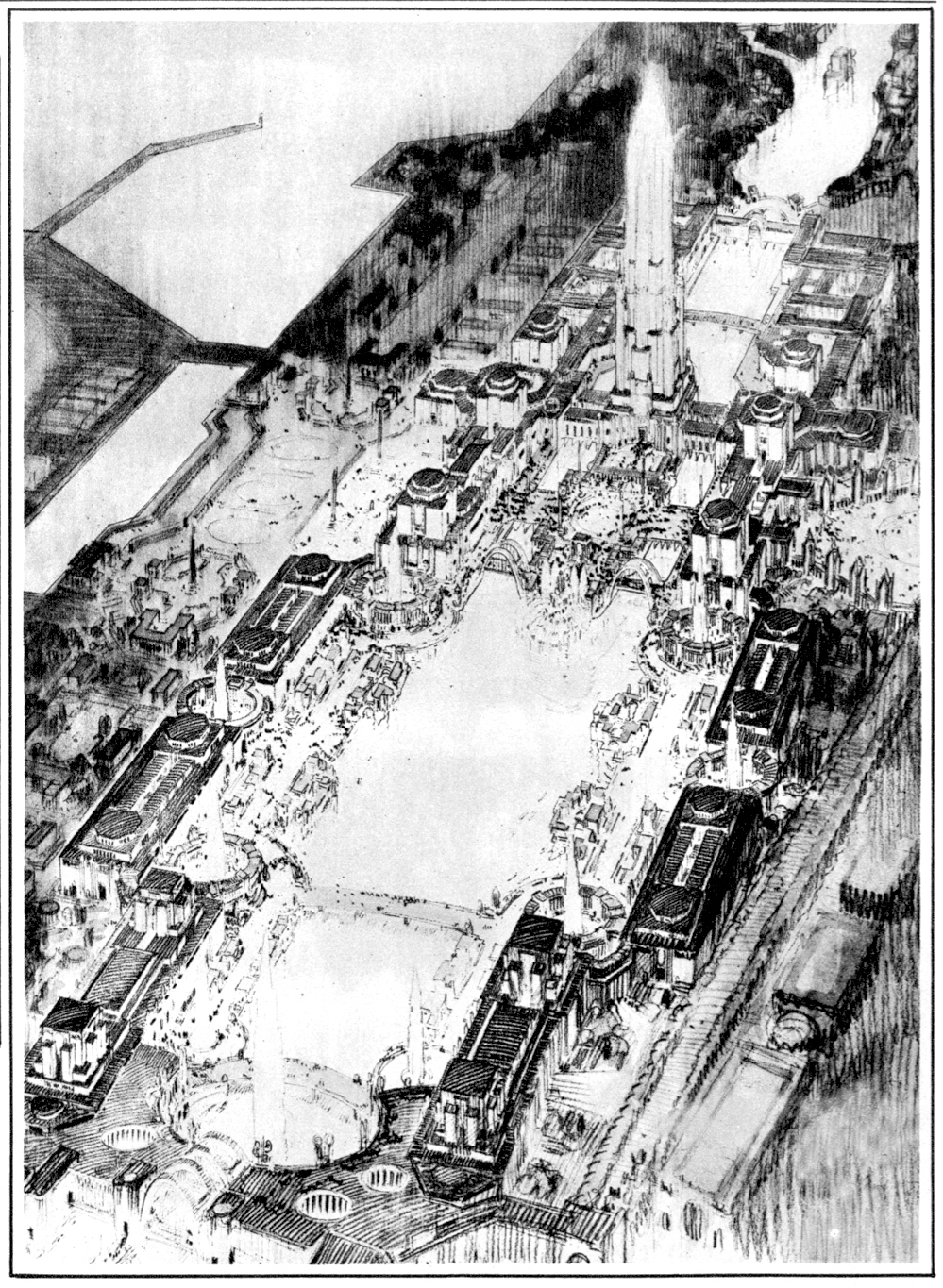 A central element of water, expressed by a great basin, and a surrounding display of decorative elements; this plan, submitted by Edward H. Bennett of Chicago, is dominated by a tower on the main axis, rising from an island opposite Twenty-third street. 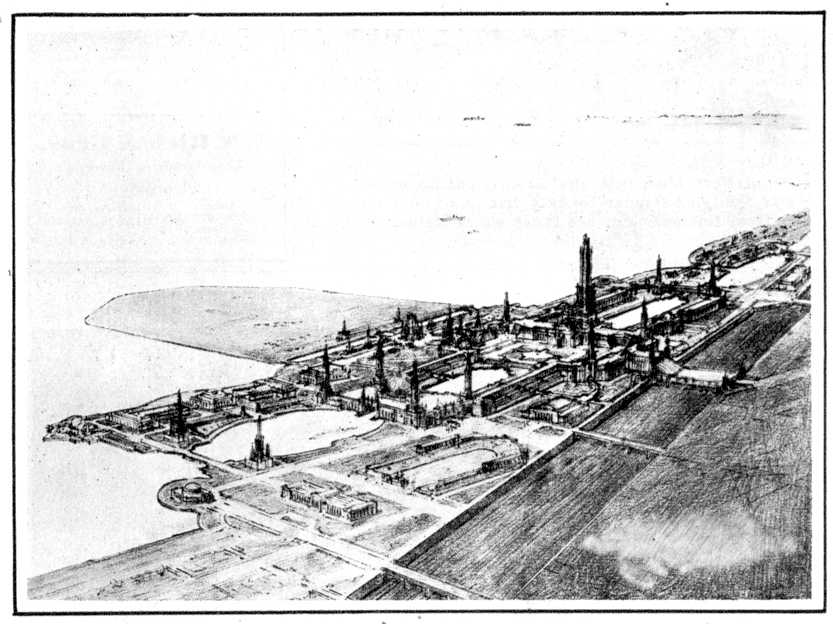 Varied formal elements grouped about a central tower opposite Twenty-third street from the pattern of this plan by Hubert Burnham of Chicago. 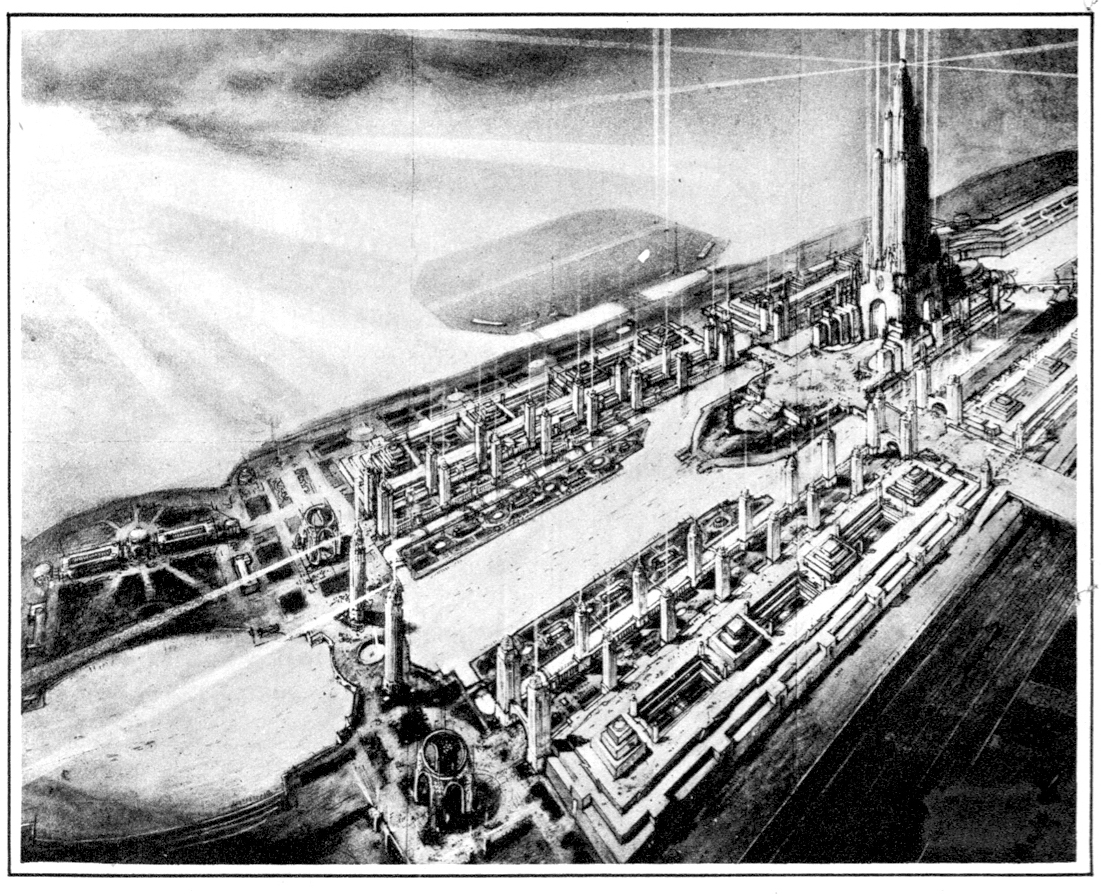 Formal gardens frame the central basin of this composition by Arthur Brown Jr. of San Francisco. A great tower, as in all of the plans, predominates. 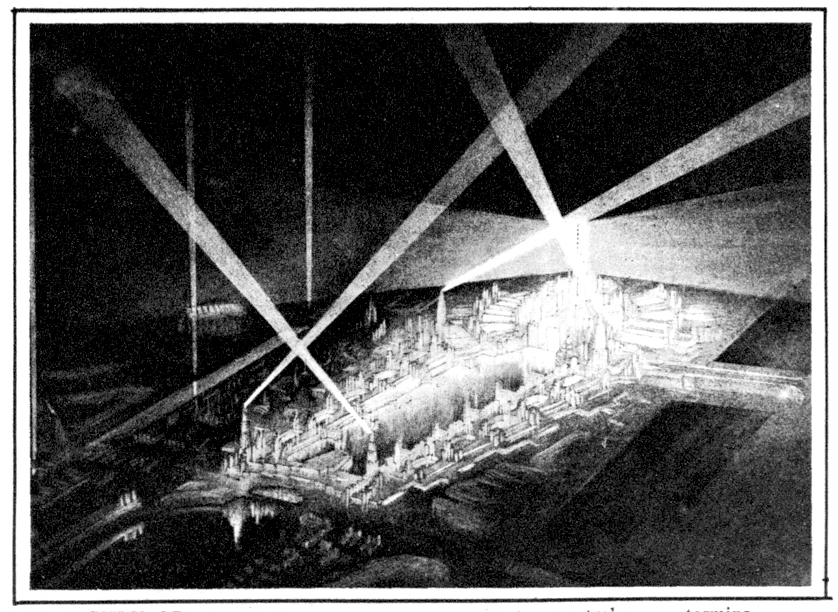 Highly organized arrangement about a central basin terminated by a great tower, which radiates structures like spokes of a giant wheel, characterizes this plan by Harvey Wiley Corbett of New York, chairman of the architectural commission.