For the first time in architectural history a dome has been constructed on the principle of a suspension bridge. Just as a suspension bridge has no pillars, columns, or arches to support it from below but depends on cables to carry its load, so the dome of the Travel and Transport building is suspended 125 feet above the ground by cables attached to twelve steel towers. The reason for the daring use of this suspension principle was the necessity for a clear, unobstructed space for exhibits. The result is a demonstration of how the desired result may be satisfactorily achieved at a much lower cost per cubic foot and we have a dome with an interior diameter of 310 feet at the base, and 206 feet clear of any obstruction.

This dome is made with joints that allow for expansion and contraction as the temperature varies, resulting in a variation in circumference of more than six feet. The roof rises or sinks as much as eighteen inches, depending on the amount of snow or atmospheric pressure on the roof. This has given rise to the name, “the dome that breathes.” 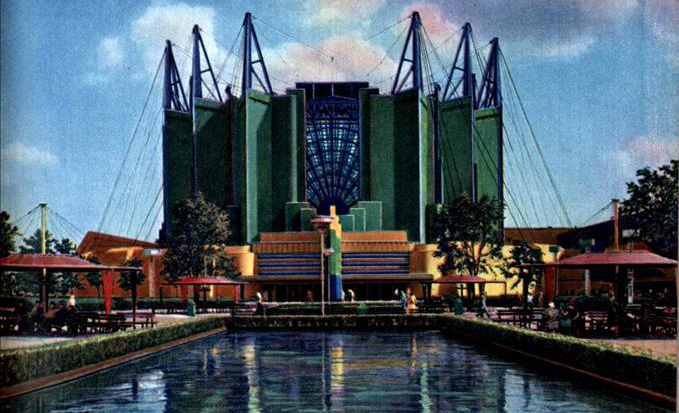 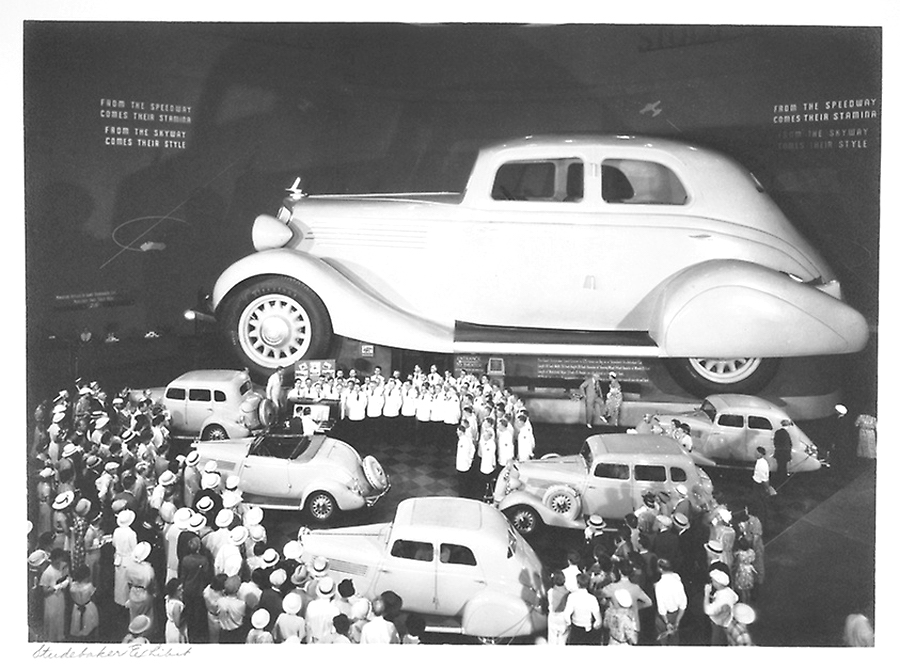