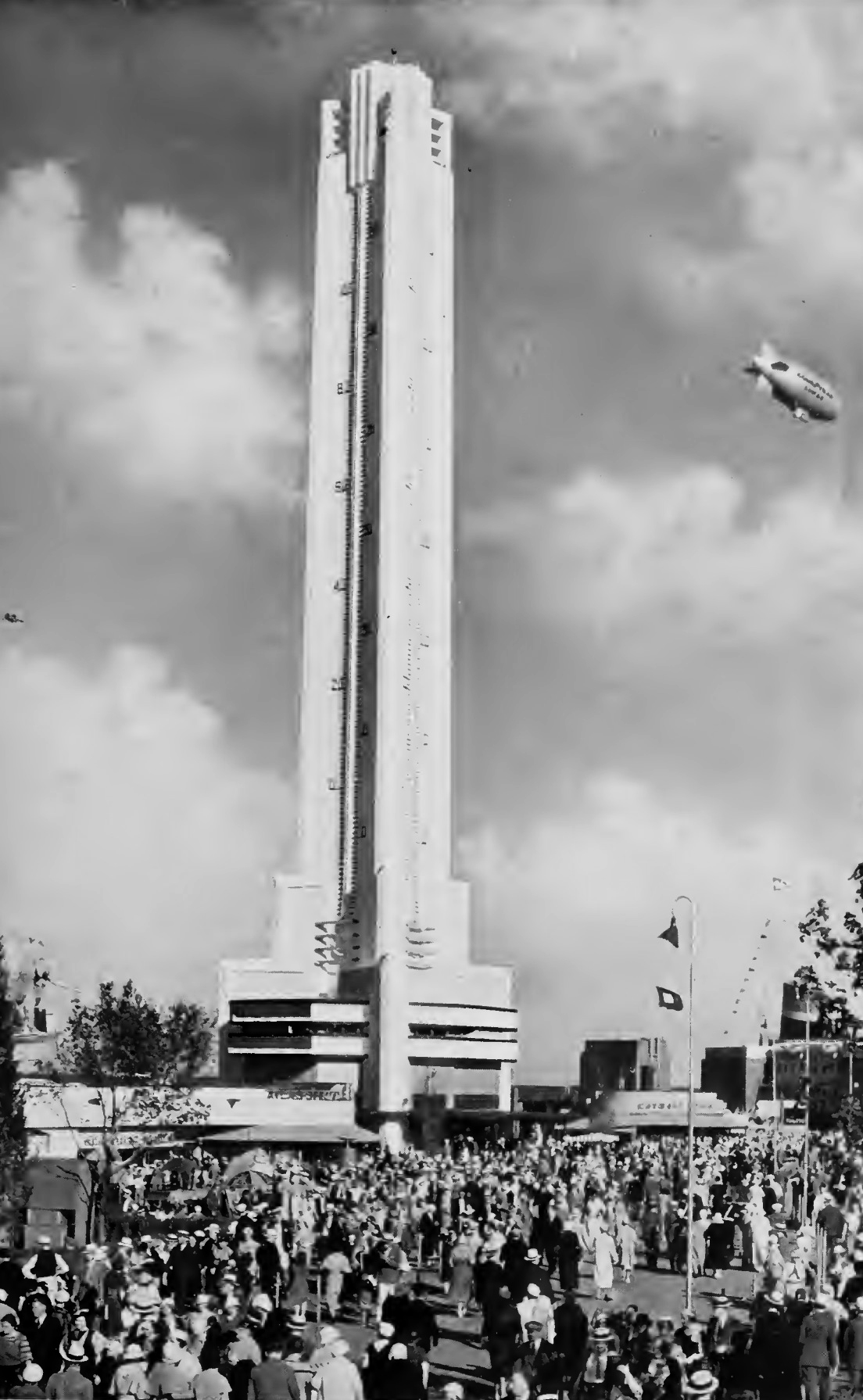 Havoline Thermometer
Just north of the Twenty-third Street entrance, a great 200-foot tower rises. By day and by night it can be seen from many sections of the Fair and the great numerals on its three faces can be easily read. It is a thermometer, perhaps the largest the world has ever seen, and it accurately tells A Century of Progress visitors the temperature in Chicago.

The numerals are ten feet high, and the graduated temperature columns are made of neon tubing, electrically regulated by a master thermometer. Its official name is the Havoline Thermometer, but officials of the Indian Refining Company dedicated it as a “Monument to Chicago’s Climate.” Ten miles of wire, 3,000 feet of neon tubing, and 60 tons of steel were required for the structure. In a building at the base of the tower the company presents an exhibit of oil refining equipment and products. Here you see what keeps your motor running smoothly, and why.