The Whiting-Nash Tower
A glass tower of the Nash Motors is a spectacular feature of the outdoor exhibit. This parking tower, built by the Whiting corporation, cooperating with Nash Motors, is eighty feet tall, and it carries sixteen cars, each car in a pocket, its full height. Colored lights bathe the tower, and Nash cars pass up and down in continuous movement, bringing each car into a glass-fronted show room at the tower’s base. 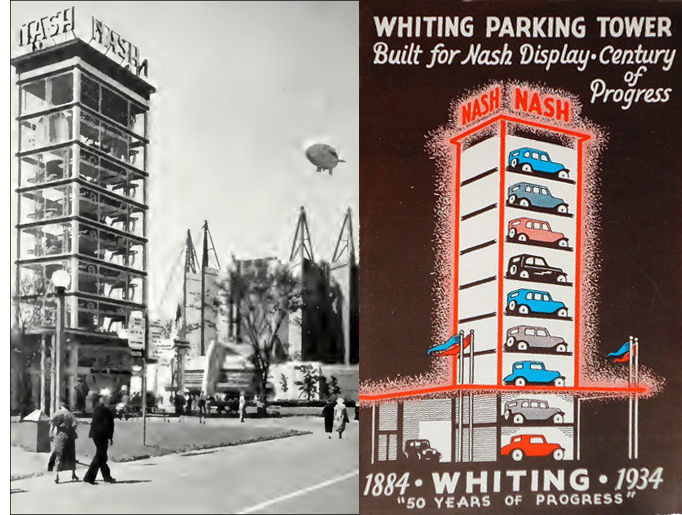 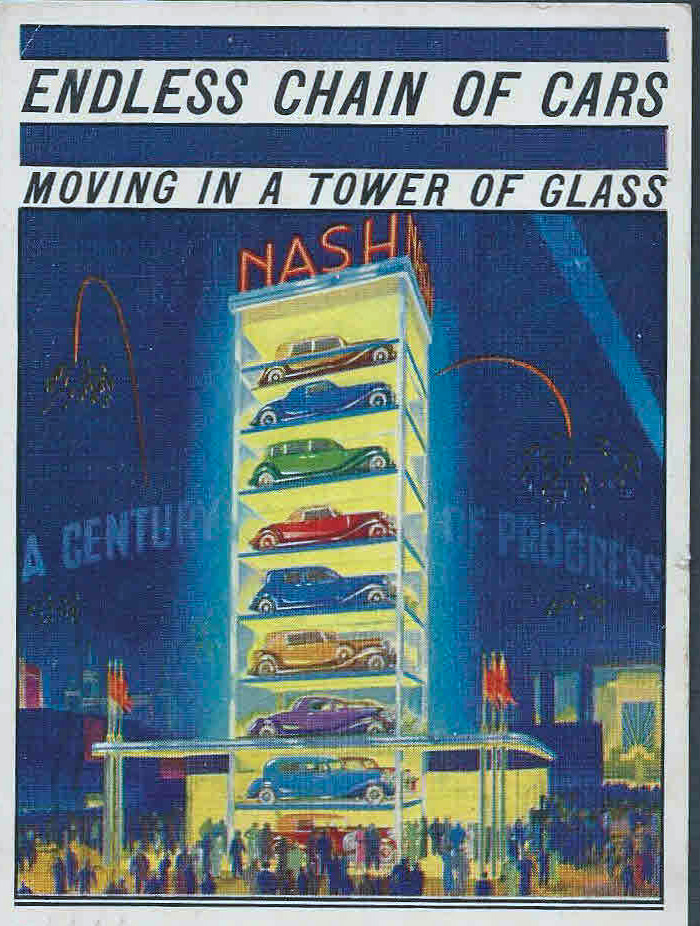