Coca-Cola Exhibit
The Century of Progress was very important in Coca-Cola history because it was the location for the introduction of the Dole Master fountain dispenser. This was the first automated fountain device to provide cooling at the point of service for carbonated water and syrup. 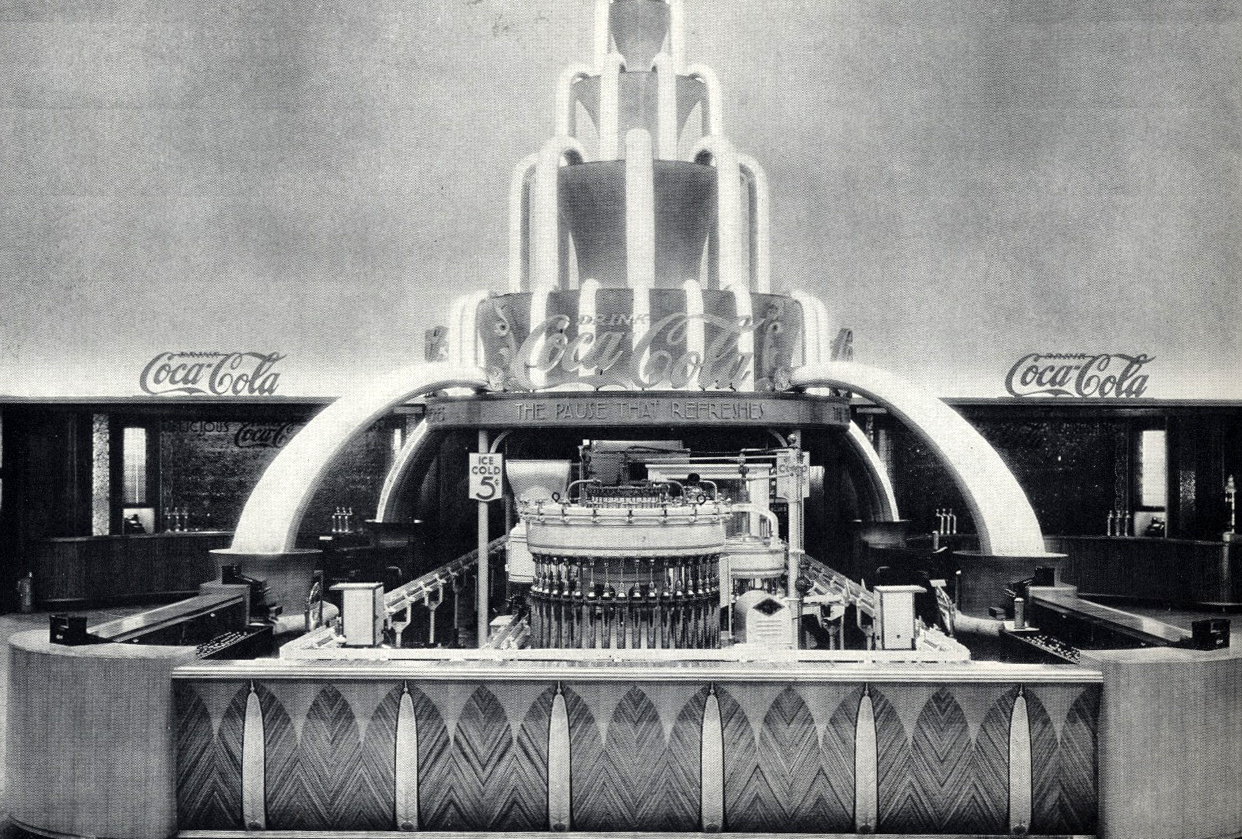