Midget Village
Midget Village, populated by Lilliputians, is a reproduction—reduced to midget scale, of the ancient Bavarian city of Dinkelspuhl, one of the few remaining walled towns in Europe.

Said to be the smallest man in the world, Werner Krueger, 24 inches tall and weighing 18 pounds, is one of the 115 midget inhabitants of the Lilliputian city. It has 45 buildings, its own municipal building, police, fire department, church, school, shops exhibiting midget handicrafts, miniature taxicab, filling station and newspaper.Mayor of Midget City is Major Doyle, 33 inches tall.

Free entertainment is given on the outdoor stage in Midget City park, or indoors in case of rain, by three groups of midget professional artists—the Ritter, Rose and Singer troupes. There are 1,500 free seats for the outdoor show. 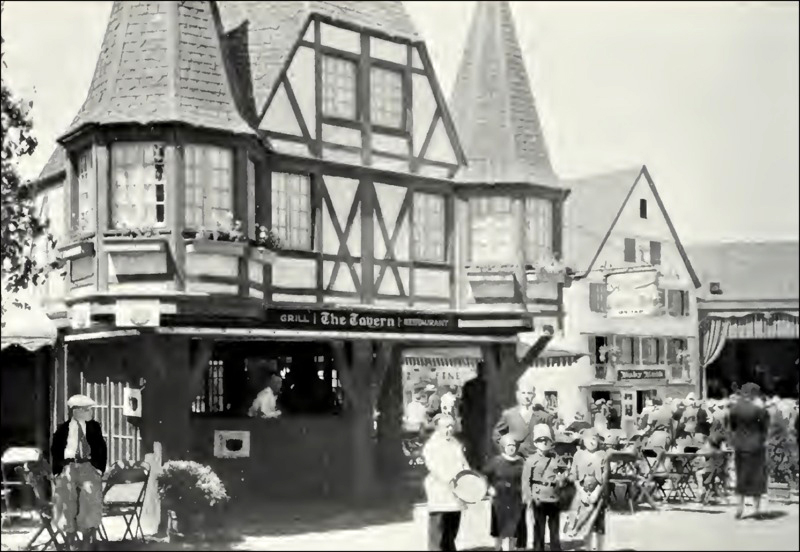