In five pavilions and unusually large number of terraces and ramps present a very interesting and unusual architectural composition.

The 18th Street Entrance Bridge connects directly with the Second Floor of the north end and a semi-circular bridge structure joins the building with the south end of the Hall of Science.

The large U-shaped courts, the sides of which are formed by the respective pavilions, abound in fountains and beautiful reflective pools with brilliant lighting effects. 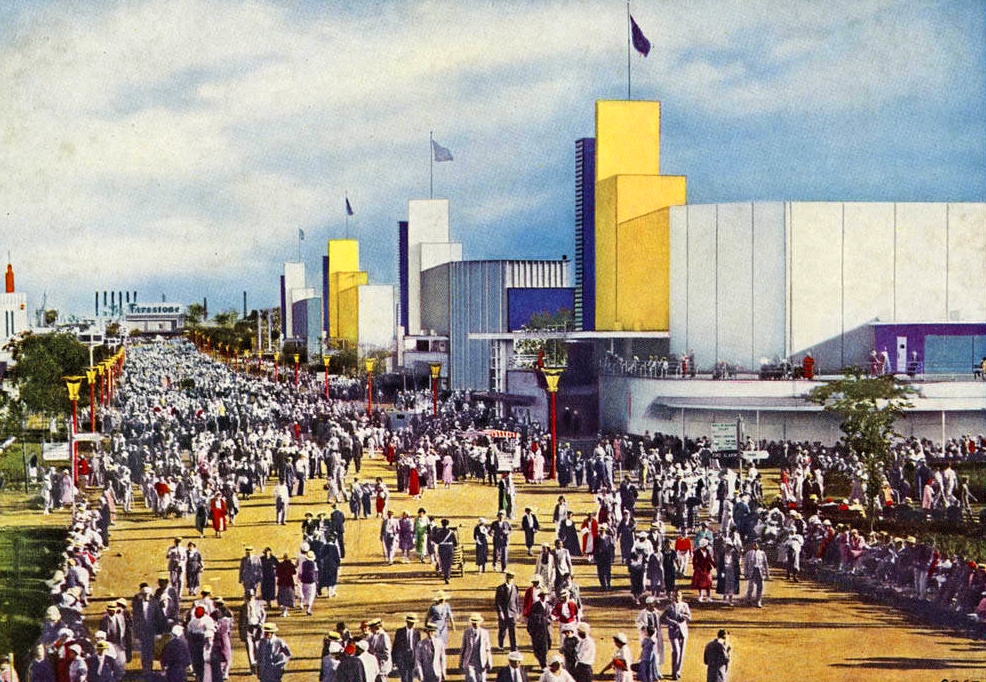 The building is especially striking at night when a myriad of colored of colored lights play on the horizontally fluted chromium metal towers located at the east end of each pavilion.

The great halls house exhibits of the steel, oil, paint, and office equipment industries. A diamond mine in operation, the manufacture of shirts, hosiery, and printing displays constitute some of the extensive exhibits which may be seen inside the building. Each group of exhibits tells a story…not a story of yesterday…but a story of today and tomorrow. 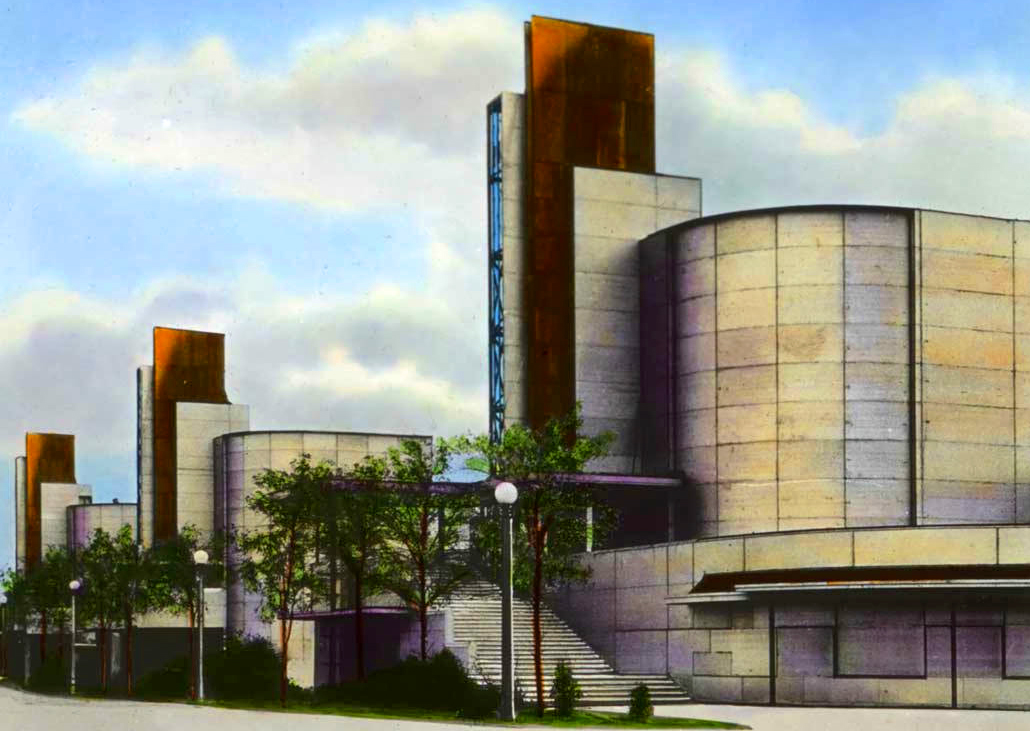