Goodyear Blimp
The other side of the Travel and Transport Pageant from the Air Show is the Goodyear acreage. Here, the Puritan and her sister ships will give you a dirigible ride over the grounds, and show you how it feels to have the lake and city below you and the clouds around you. 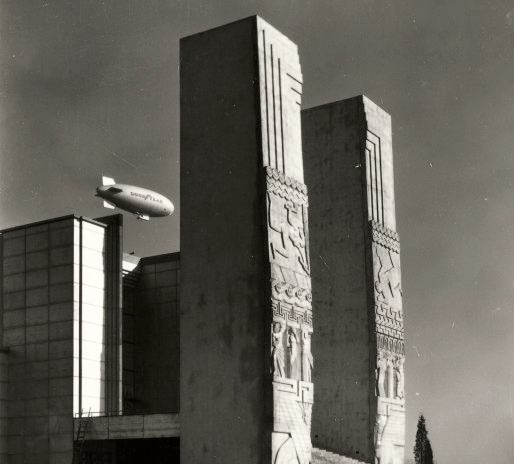 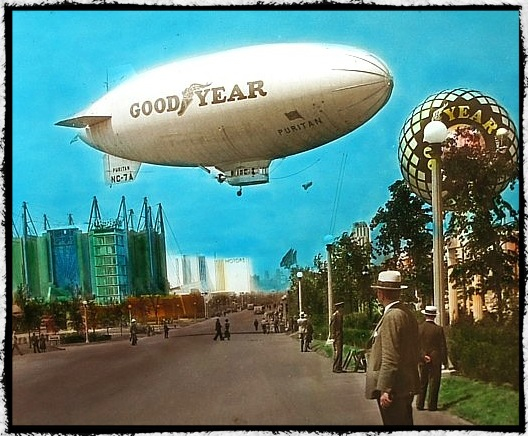 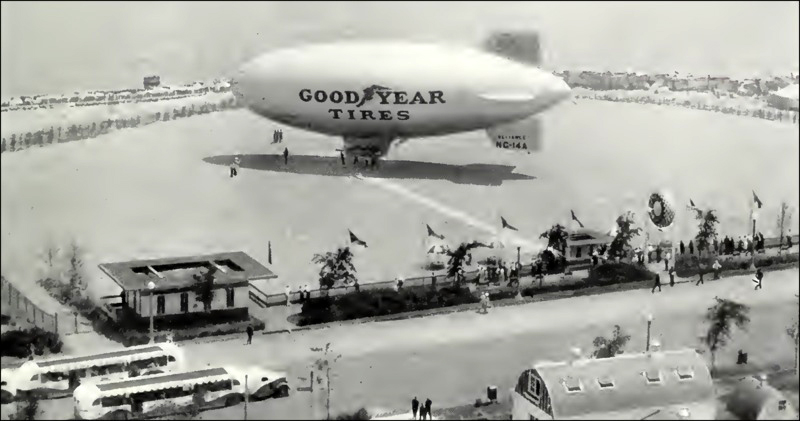