The First National Bank of Chicago goes into operation tomorrow, July 1st, E. Aiken, Esq., President, and E. E. Braisted, late of the Loan & Trust Co., Cashier. The stockholders are among the most active and substantial business men, representing our merchants, lumber, produce, and stock dealers, with a number of our leading capitalists. The bank opens with a cash capital of a quarter million of dollars, and a further increase will be added as the wants of the business public shall require. The president has long been known to the business community as one of our most active and prudent bankers, and the stockholders and the public are fortunate in the selection of a gentleman for so important a position, who so thoroughly understands the business of the city. The bank will open at the former office of the president, No. 22 La Salle street, immediately north of Coolbaugh & Co.’s Bank, northwest corner of Lake.

The First National Bank of Chicago opened July 1, 1863, at 22 LaSalle street, near Lake street. The next incident of importance was the election of E. G. Hall, on November 11, 1863, as a director to succeed James C. Fargo, who had resigned. Already the rooms occupied by the bank were becoming too small, and unfitted for its growing business; the officers were looking for new quarters. At the meeting of the board, December 8th, the action of the president in leasing a portion of the main floor in the Exchange Block, at the southwest corner of Clark and Lake streets, for five years, at an annual rental of $4,000, was approved. This address remained unchanged until the end of 1867 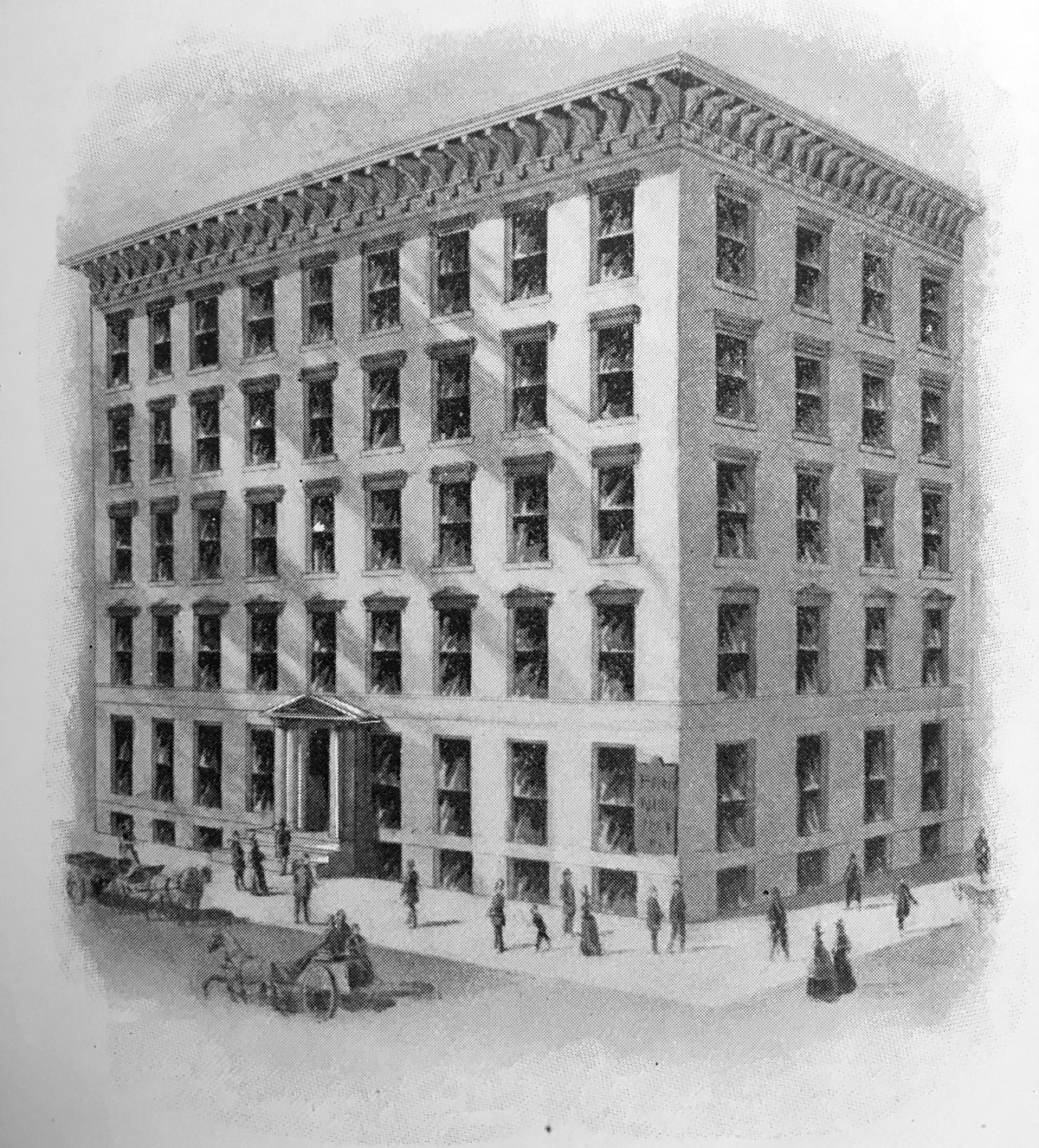 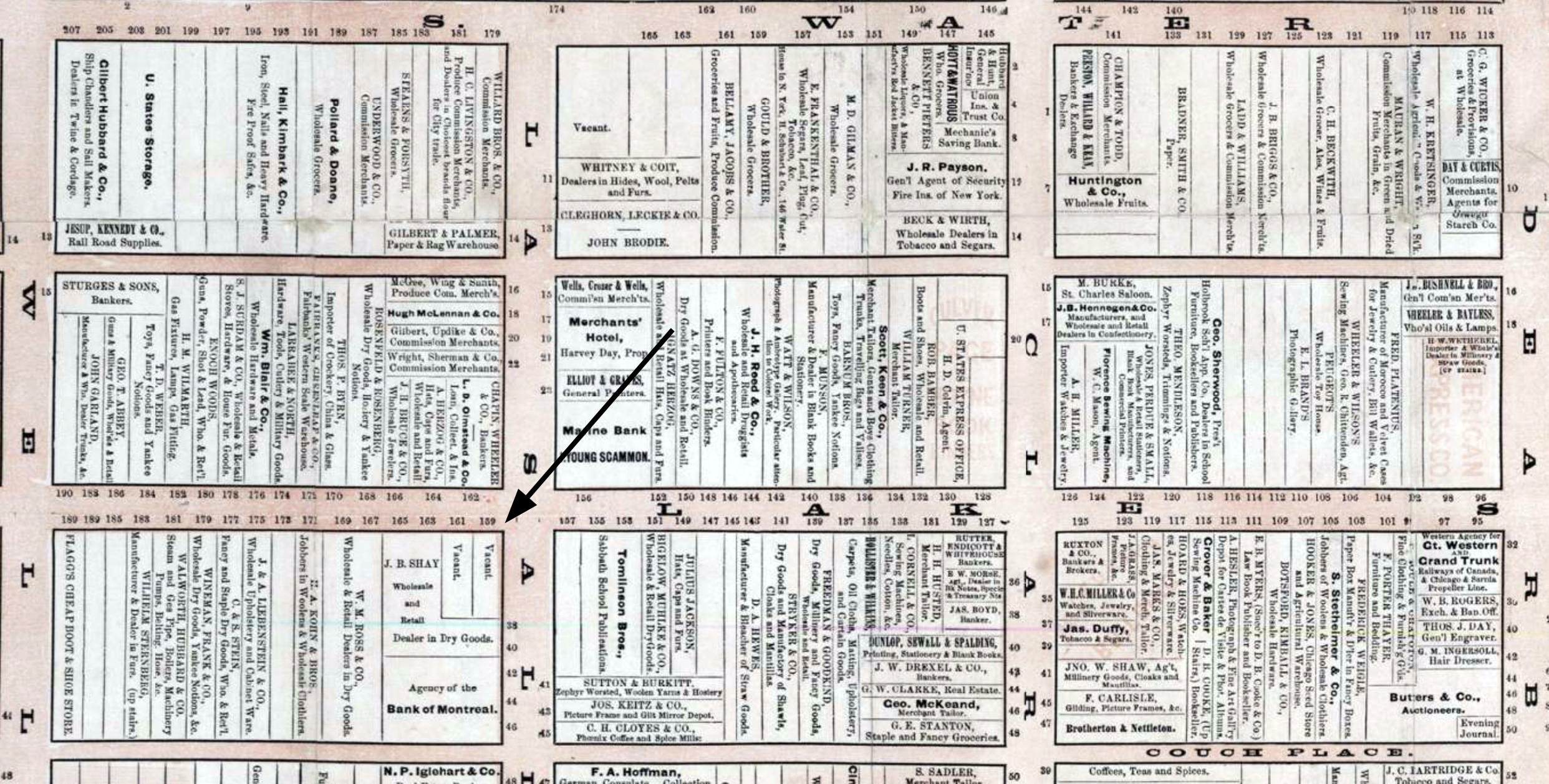 Site of First National Bank I
1862

The most important transaction of this era was the purchase of the lot on the southwest corner of State and Washington streets. Vice-president Gray, who was charged with the negotiations, secured the transfer of this piece of ground—measuring fifty-five feet on State street by eighty-four feet on Washington street—during the last week in March, 1867, for the sum of $83,500, being equivalent to $1,500 per foot on the State street frontage. The conditions of payment were one-fourth cash and balance in three equal installments, payable one, two, and three years after date, bearing interest at the rate of seven per cent semi-annually. In September, a building committee, consisting of Messrs. Nickerson, Walker, Gray, and Talcott, was appointed. A fire-proof edifice was projected, which was furnished and occupied in the spring of 1868.