Listed below are all the bridges that were built on the South Branch of the Chicago River from Roosevelt Road (12th Street) to Lake Street. There were also two tunnels that went under the river at Lake and Washington Streets.

During the time span of 1839 to present there were 49 bridges built. 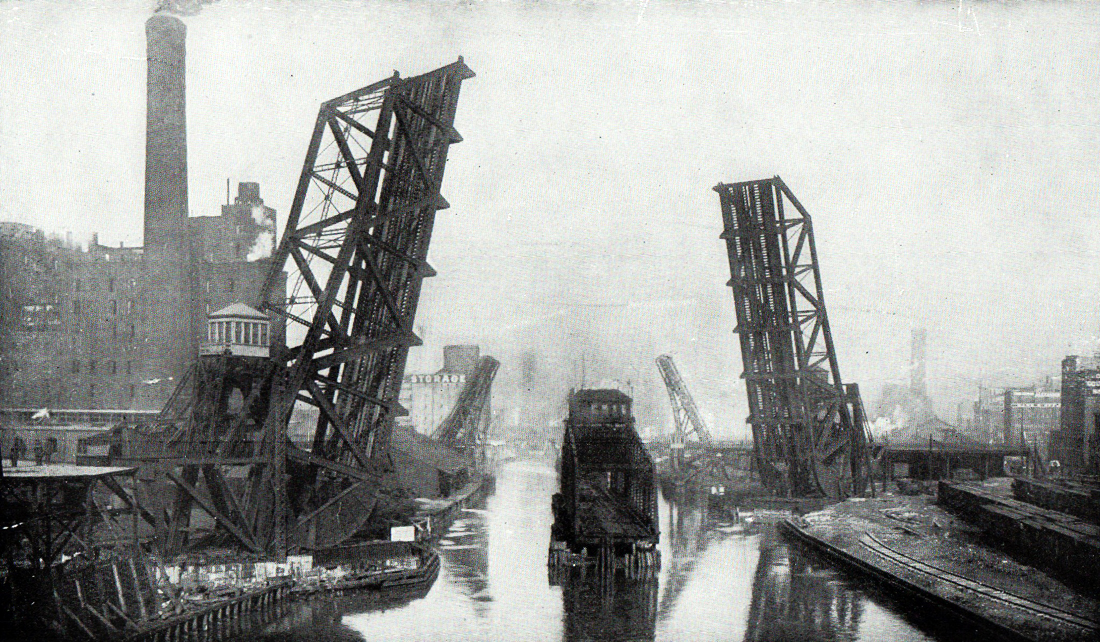 Looking north from the 12th Street (Roosevelt Road) Bridge, the photo shows the former bascule railroad bridge (a Scherzer Rolling Lift type) that crossed the Chicago River at an angle north of 12th and south of Taylor Street, with the old swing span (in the open position) that it eventually replaced visible below the raised bascule leaves. In the background are the raised bascule spans of the Taylor Street Bridge (road bridge). 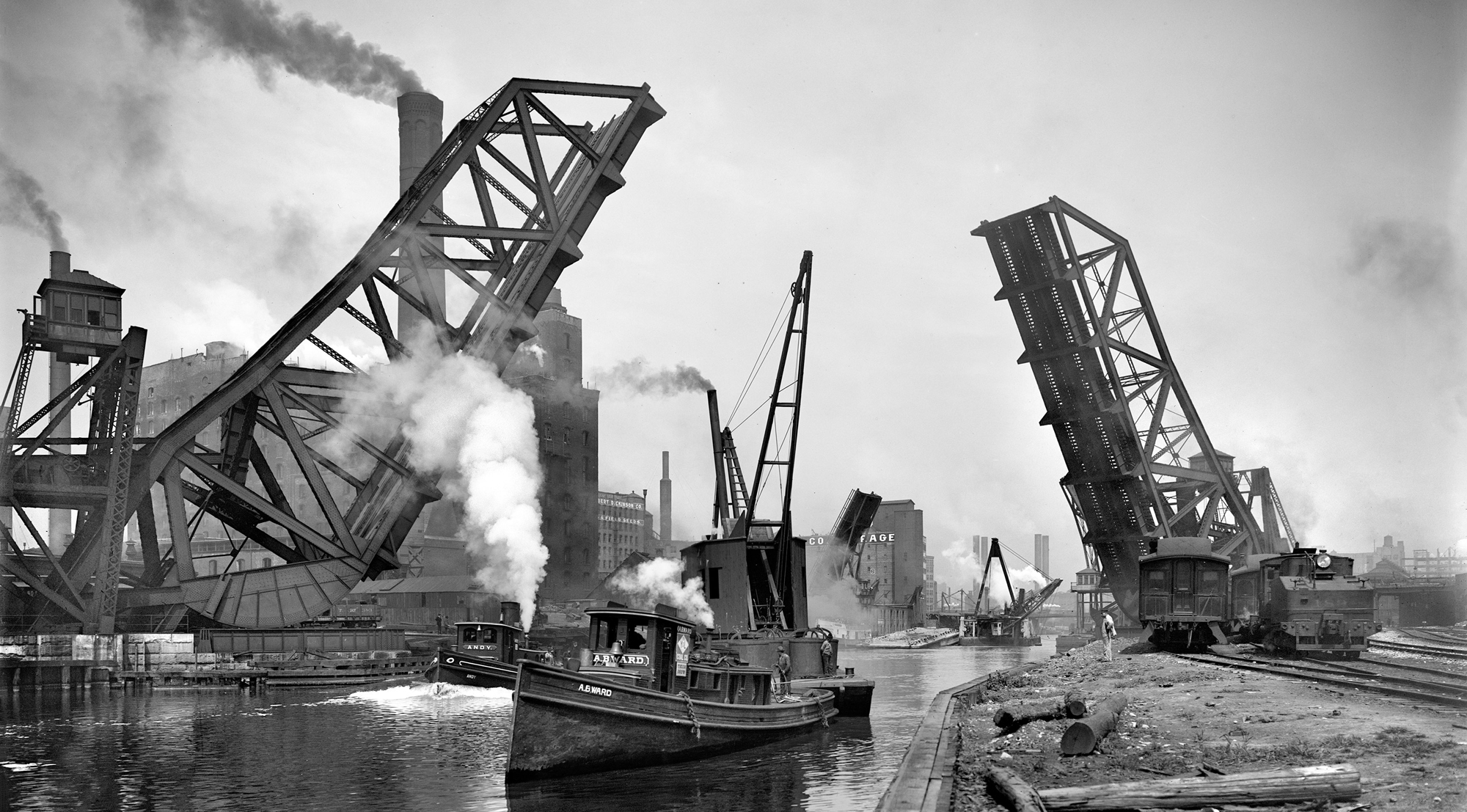 The same bridge as above. 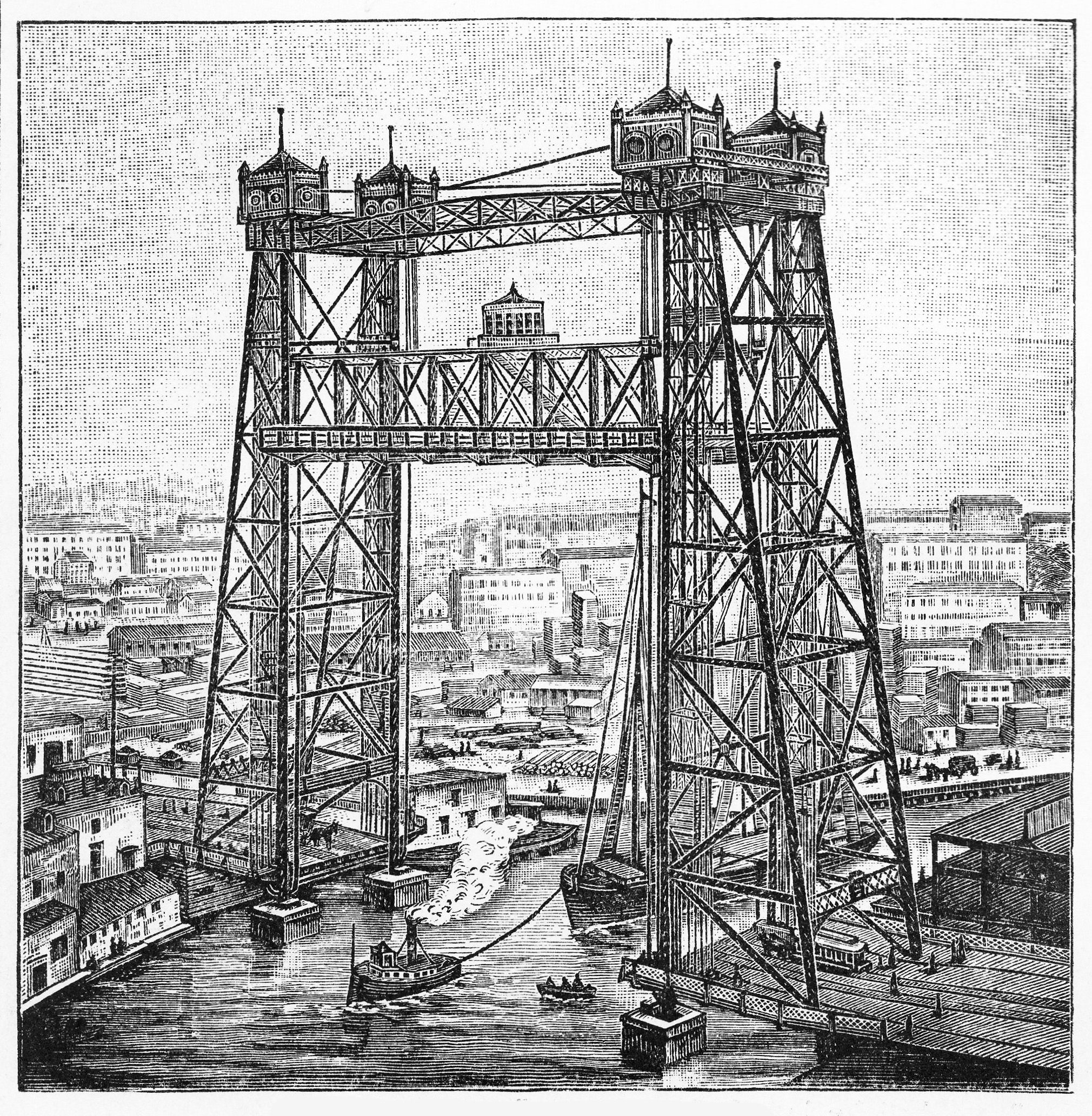 Halsted Street Lift Bridge #3
1893
This was one of the first modern vertical lift bridges constructed in the United States. Designed by J. A. L. Waddell, 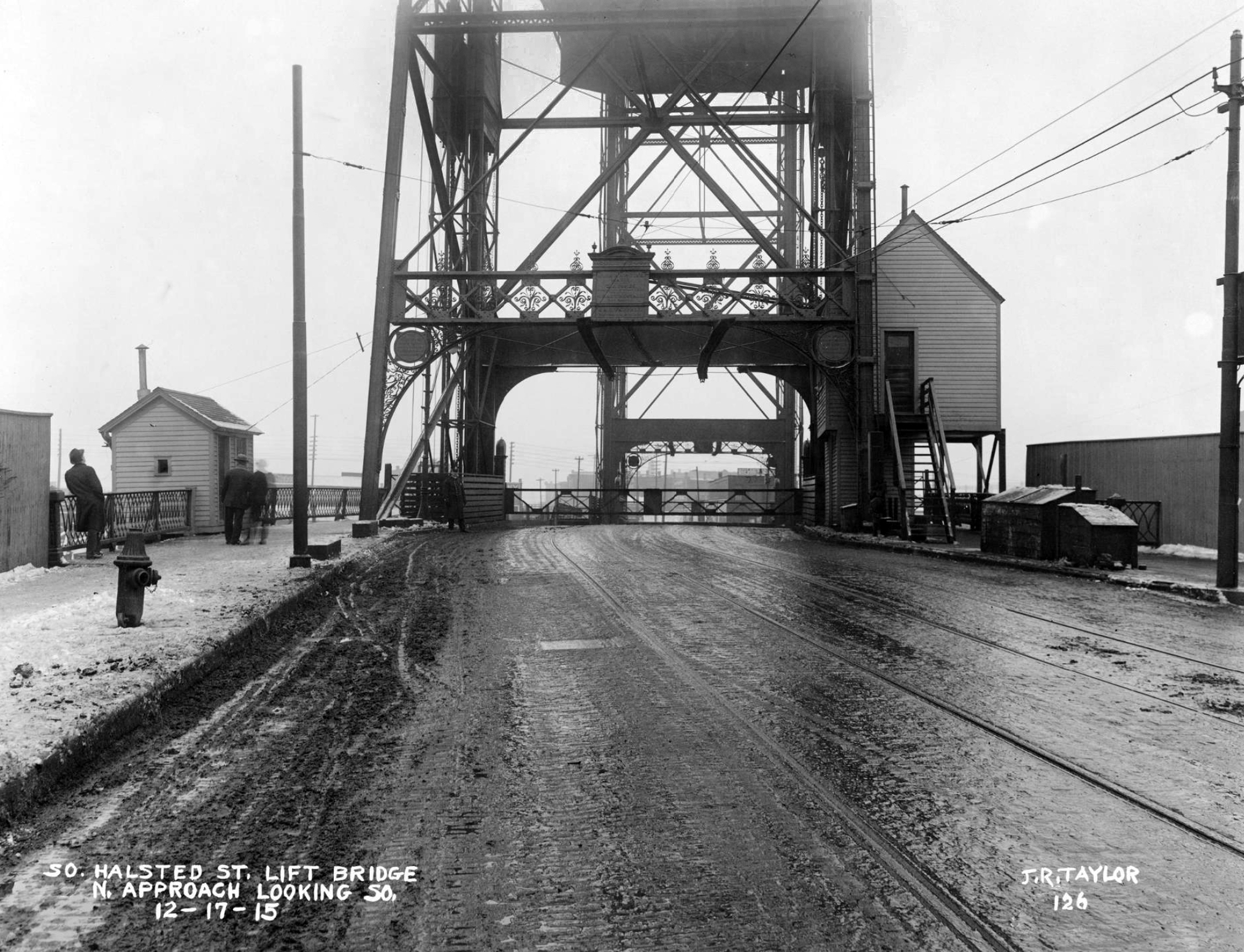