Listed below are all the bridges that were built on the Main Channel of the Chicago River from Franklin/Orleans Streets to the Lake. There was also a tunnel that went under the river at La Salle Street. 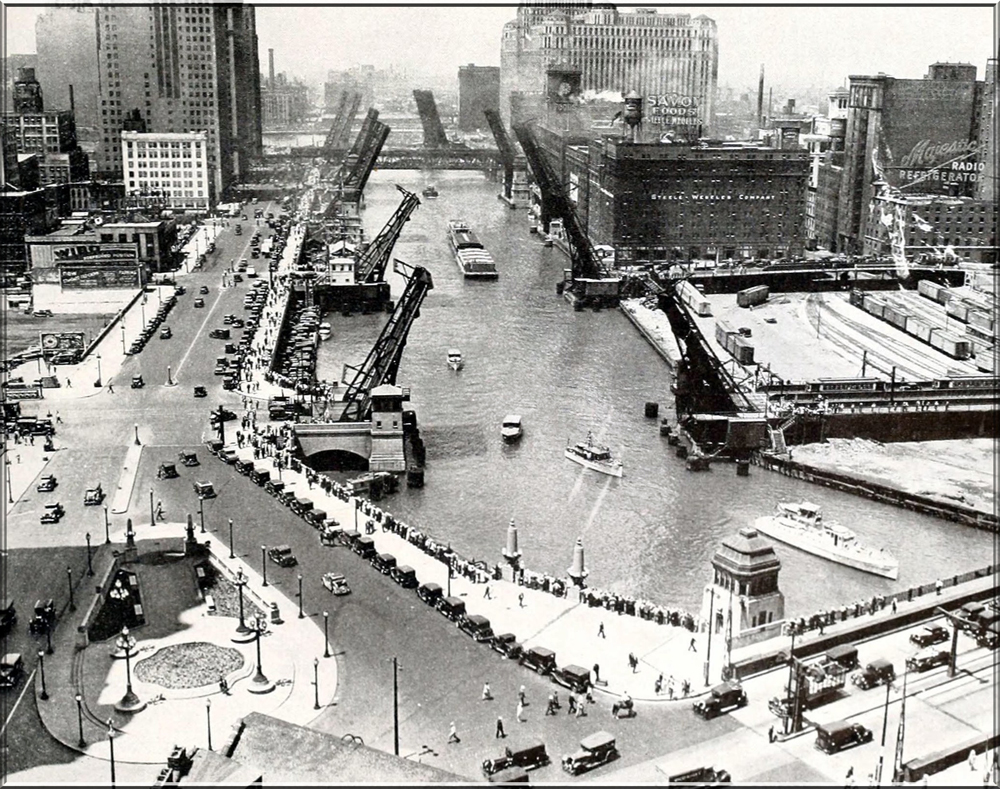