An appropriation of $80,000 was authorized by the finance committee yesterday for the purposes of temporarily installing the present Madison street bridge at Monroe street. The purpose of placing the structure at Monroe street is to afford a connection to the West Side while new bridges are being constructed at Lake street, Madison street and Jackson boulevard.

Commissioner of Public Works, L. E. McGann told the aldermen that the Pennsylvania company has agreed to allow the temporary opening pf Monroe street across the river and over its property and that the Pennsylvania Railroad has already deposited $60,000 to recompense the city for a change in the plans to allow the laying of an additional track on the west side of the river.

Alderman Eugene Block’s resolution directing the commissioner to delay the construction of the Madison street bridge was placed on file. Mr. McGann said the temporary structure at Monroe street would be ready before the rebuilding of the Lake street structure begins.

The plan to move the Madison street bridge to Monroe street, temporarily, to take care of of the traffic during construction period of the three new bridges over the Chicago river, has been abandoned by Commissioner of Public Works McGann. The passage of the terminal ordinance, according to Mr. McGann’s opinion, will make it possible to begin within a short time actual construction of the permanent Monroe street structure.

The year 1914 will see some of the greatest developments in railway terminals in the history of Chicago.

More than $50,000,000 will be expended in this class of work done. The figures include the cost of terminals completed, those under construction, ands on which work has started.

The bulk of this tremendous expenditure will be for the new West Side depot and terminal to take the place of the old Union station. On this improvement alone $65,000,000 will be expended.

On the extension of its terminal and factory site improvements the Chicago Belt railway will spend not less than $10,000,000. Added to this must be perhaps an equal amount which will go into factories and wholesale houses that are taking advantage of the Belt line facilities to locate along its terminals in the outgoing sections of the city.

Next in importance is the new Soo Line freight terminal at Twelfth and Canal streets., This improvement has cost the company, for the site and buildings and trackage, in the neighborhood of $8,000,000.

Four great railway systems will use the new west side terminal. They are:

The ordinances under which these improvements will be made were passed by the city council last March and forecast the largest single development in Chicago and its vicinity since the steel corporation built the town of Gary.

Location of Stations.
The new passenger station, which is to form the center of the terminal, will be located in the block bounded by Adams, Canal, Jackson and Clinton streets. A large subway, the full length of the block, will connect the passenger station with the train concourse east of Canal street. From this ten tracks will run to the north and sixteen to the south.

The Pennsylvania freight house will be located immediately north of Twelfth street and extend to Taylor street and east of Canal street.

The Burlington freight house will be placed between Harrison and Harrison and Taylor streets and near Canal. The executive offices of the Burlington already have been located in the new building in the district.

Various Improvements Involved.
The magnitude of the improvements to be made can be seen from the following summary of the ordinances under which they will be carried out.

Work for 10,000 Men.
Preparations for the beginning the actual work of construction are going on, and according to architects, Graham, Burnham & Co., a start will be made in the near future.

It is estimated that the work will employ 10,000 men for more than three years. 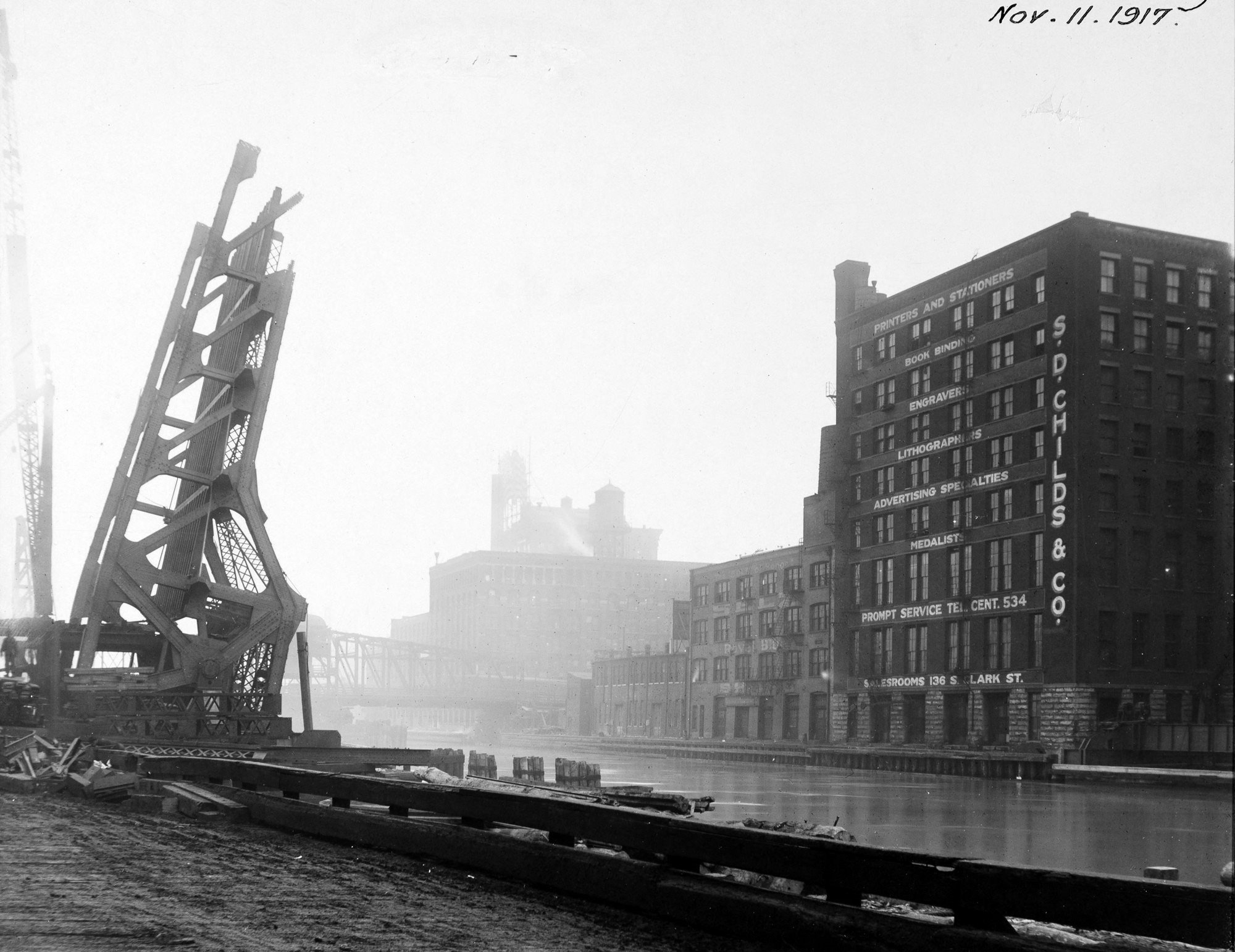 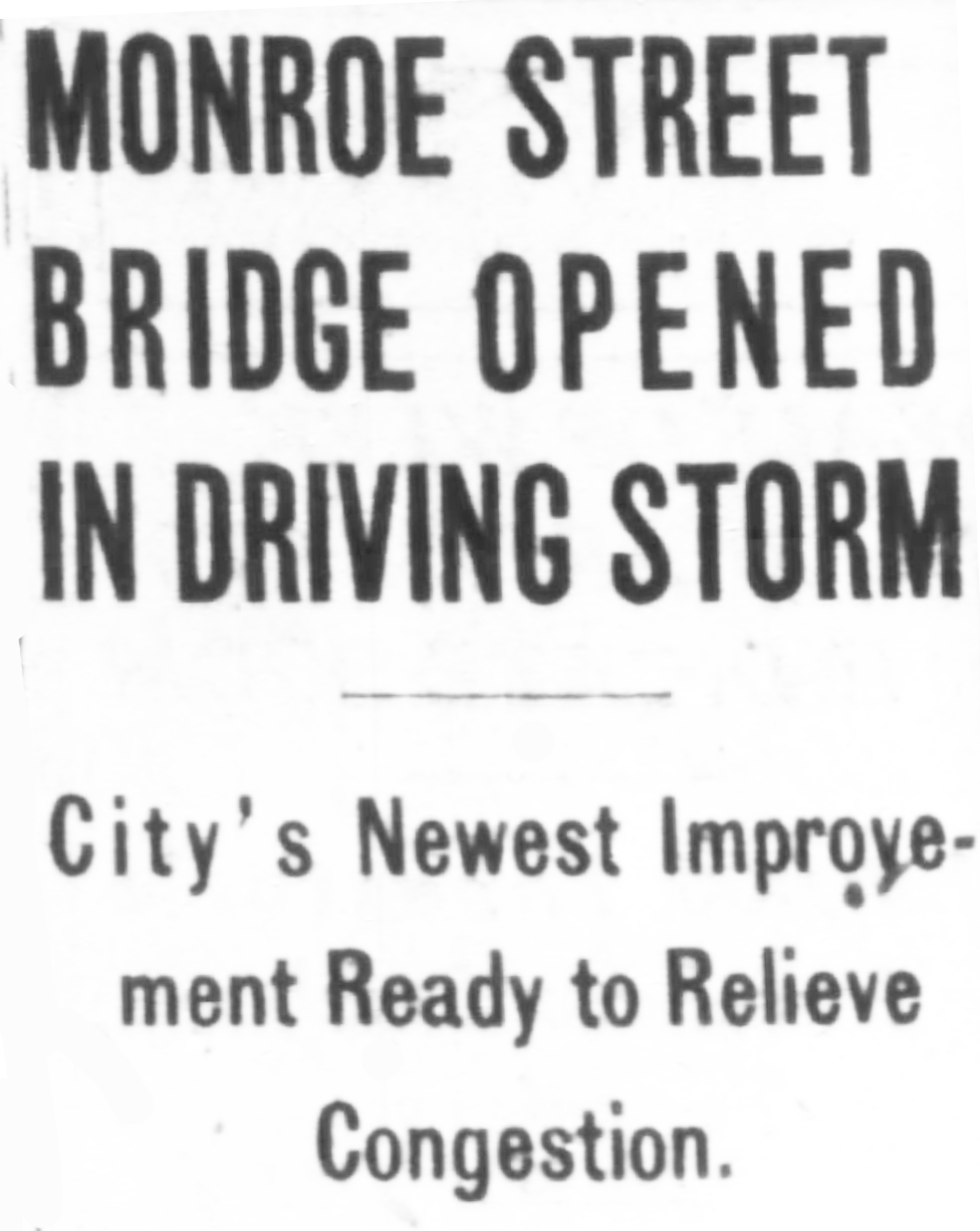 Chicago’s newest public improvement, the Monroe street bridge, was opened for traffic yesterday. The dedicatory ceremonies were carried out in a driving snowstorm.

Mayor Thompson, Charles H. Wacker, chairman of the Chicago plan commission, and the aldermen presided at the opening of the new span. Frank L. Bennett, former commissioner of public works, was a guest of honor.

Special Cars Make Trip.
Street cars took the party from the La Salle street entrance of the city hall to the new bridge. The cars were run south in La Salle street and turned west in Monroe street. They were the first cars to cross the new span.

The mayor turned a lever and operated the bridge. Before this he was made an honorary member of the bridge operators’ local union, No. 102.

“Shows ‘I Will’ Spirit.”
“This shows the Chicago ‘I Will’ spirit,” said the mayor. “The completion of this bridge was delayed by court litigation. But the bridge was needed, and now we have it.”

“It is these things that take Chicago out of the provincial claim and place it in the great city class,” said Mr. Wacker.

The bridge will relieve the congestion on the Madison street span, which is to be closed for general traffic in a short time. The city will build a new bridge to replace it. 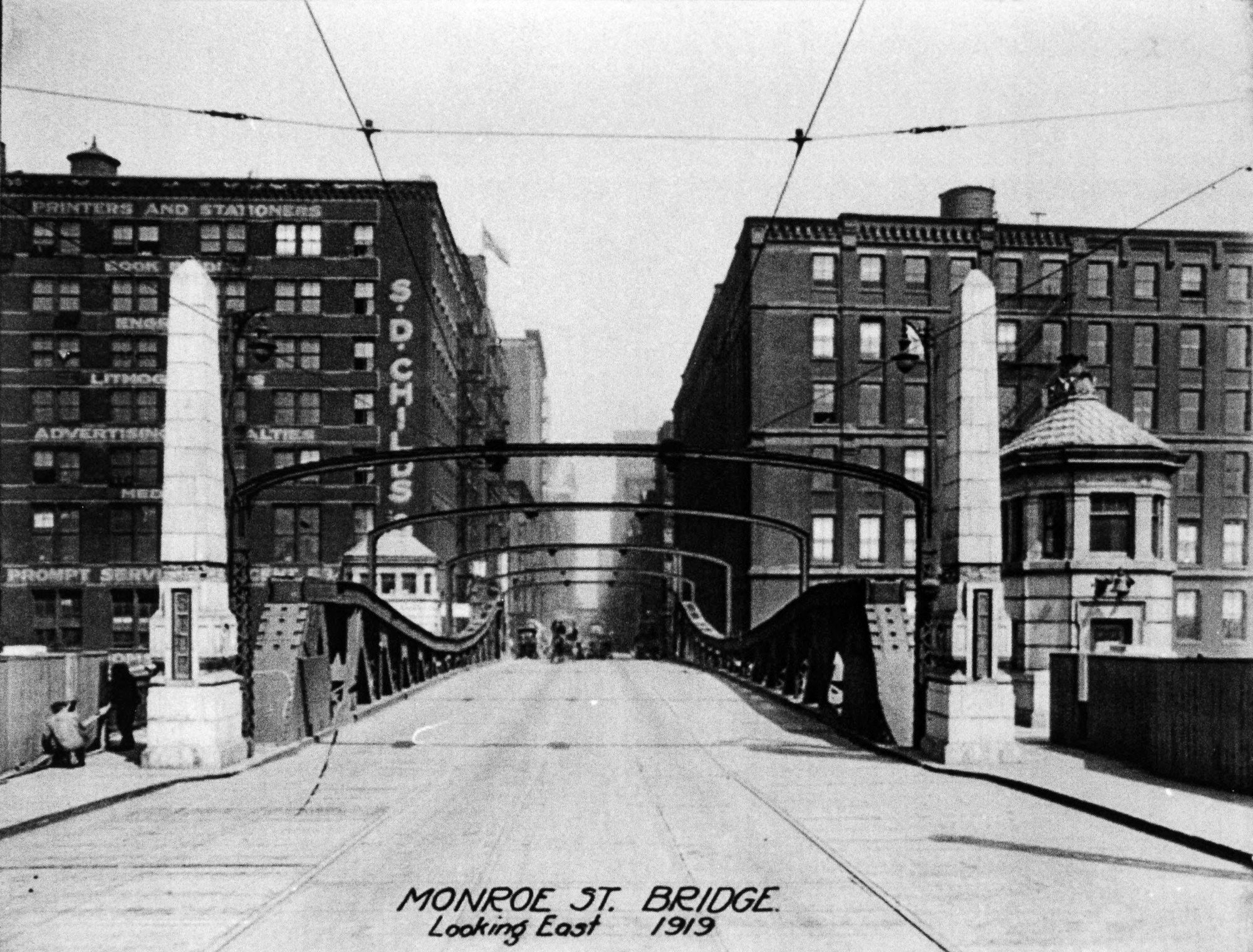 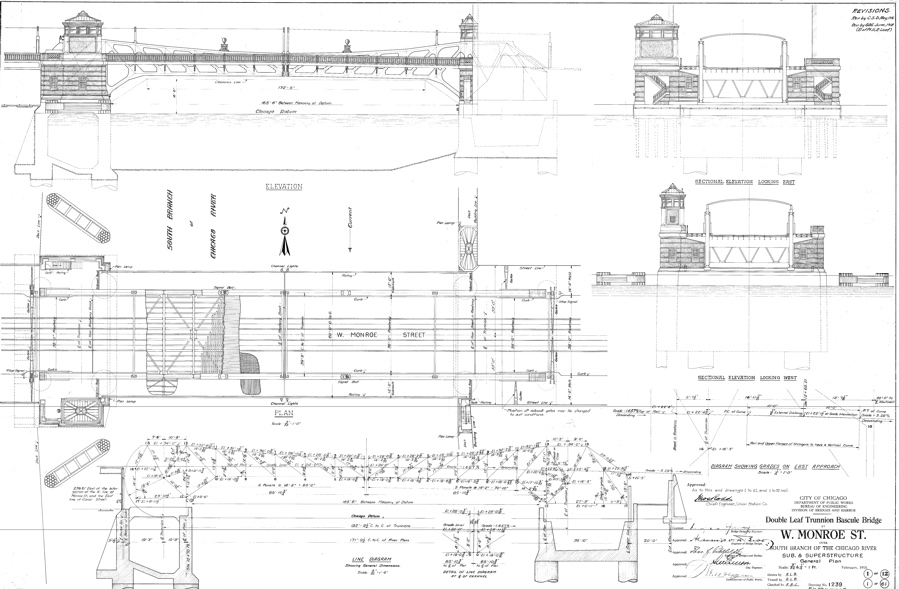