The Federal Reserve Bank of Chicago opened its doors for business on November 16, 1914, first occupying the first two floors of the Rector Building at Clark and Monroe streets, later taking on additional space in that and other buildings , where for several years the constantly increasing volume of operations was carried on. In April, 1922, the present structure was completed and occupied.

The New Building to Be Erected Corner Jackson and La Salle

The new building for the Federal Reserve Bank of Chicago will occupy a lot 165 by 160 ft. at Jackson boulevard and La Salle street. The important role assumed by the Federal Reserve System has led to the development in Chicago of a very large institution requiring the services of a large force for whom the best possible working conditions, as to light, space and air, are a necessity. In order to house comfortably this institution, the new building, while including 14 stories above the sidewalk, will rise to a height equivalent to that of a 16 story building. In anticipation of possible further growth, the building is reinforced so that it could be extended four additional stories, thus reaching the present limit of building height, 260 ft. above the sidewalk. 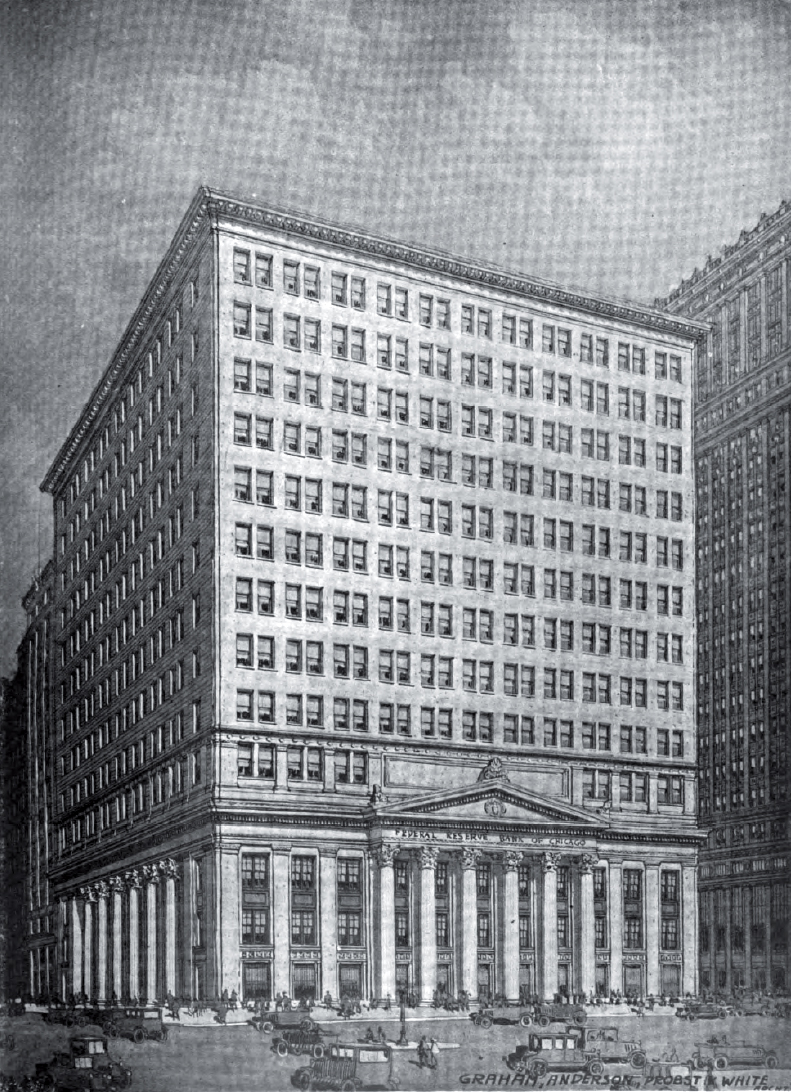 Seen from the outside, the most noticeable characteristic of the building will be an order of architecture approximately 65 ft. in height, consisting of a Corinthian colonnade, surmounted by an attic. The main entrance is expressed and emphasized by a projecting entrance porch formed by tree-standing columns crowned by a triangular pediment. Above the fifth story level, the exterior will be an expression of the work going on within and will resemble in a general way a structure of office building type. The architectural motives have been inspired from the best period of Greek and Roman civilization and may be described as classic in style, freely interpreted to harmonize with modern conditions. The building is simple in outline and severely plain in its general effect, the aim of the design being to produce an impression of dignity and strength in harmony with the power and purpose of this institution.

On entering the building, one finds a large ground floor lobby, devoted to the various purposes which require the most convenient access on the part of the public. An ample open staircase leads up to the second floor, which may be described as the main banking room of the institution, and arranged for the convenience of persons having occasion to do business with the principal officers of the bank. The plan is that of a central lobby surrounded by cages and offices. The principal offices of the institution, namely, those of the Chairman of the Board and the Governor, and their principal assistants, are arranged across the La Salle street front, with provisions for extension by adding additional offices if required along the Jackson and Quincy street fronts. This main banking room, which, at the center, is the equivalent of three stories in height, has been given the character of Greek Doric in its architectural details.

One of the most important features of the building will naturally be the vaults. In view of the relatively enormous expansion of the Federal Reserve banks since their inception a few years back, the vault requirements are correspondingly large. A great deal of study has been put upon the matter of providing adequately for the same. It is safe to say that this vault will be the largest thus far constructed and that no pre caution has been neglected that would contribute to the convenience of the money-handling force or to the ability of the vault to resist attack. It will doubtless be the most complete installation of the kind thus far constructed.

In line with modern ideas, very comprehensive arrangements have been included for the welfare of the entire working staff. An assembly room, dining rooms, rest rooms, together with a completely equipped gymnasium are some of the more important features of this installation. 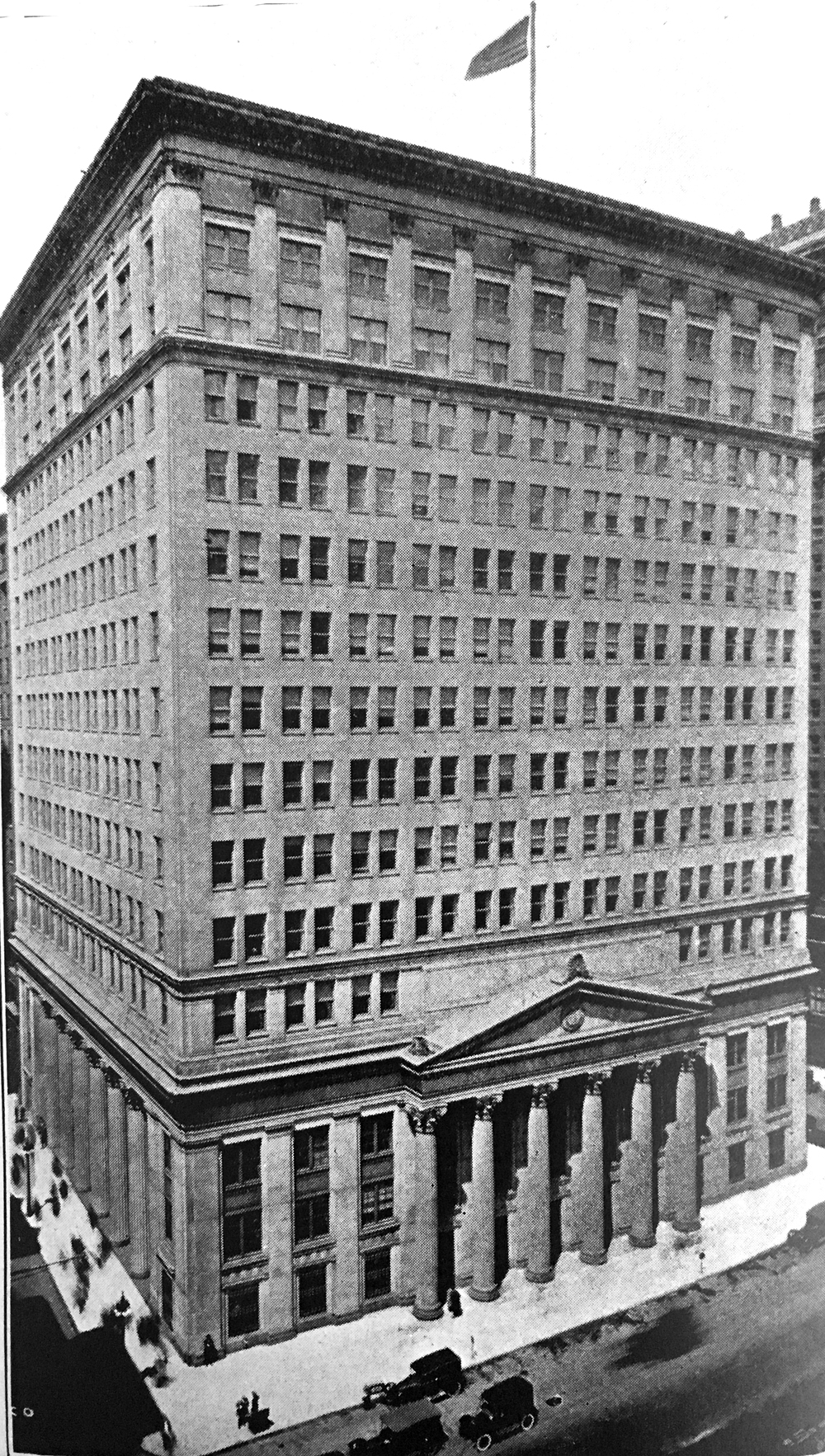 Federal Reserve Bank of Chicago.
About 1923