THE REPUBLIC LIFE INSURANCE COMPANY—NEW BUILDING, ETC.
Among the numerous improvements going on in this city, none has attracted greater attention than the new building on La Salle street, called the “Insurance Exchange,” an engraving of which we publish herewith, constructed of the Amherst stone, of large dimensions, and elegantly finished, bot internally and externally, and fire-proof throughout. This magnificent edifice, of which Mr. George H. Edbrooke is the architect, and which was originally built by John V. Farwell, Esq., has, we understand, become the property of the Republican Life Insurance Company of this city, who are to occupy one of its elegant suites of offices, and of which, as a sterling western company, deserving of western patronage to the exclusion of eastern corporations, we deem it both a duty and a privilege to speak.

It is a fact, but one rarely taken into consideration by our readers, that the west sends annually $30,000,000 to the east, for life insurance, which goes to build up such cities as Hartford, Connecticut, and other insurance centres, which fatten and grow rich upon the hard earnings of the whole country. This drain upon our capital results more and more disastrously every year, as the business of life insurance increases, as it ever must continue to do, among a people so well informed and provident as ours.

The Republic Insurance Company was organized as a check upon this prodigal distribution of money among eastern companies, and represented as it is, by our best citizens—men of wealth and known integrity—its career has already been one that conclusively proves that a western company more nearly meets the wants of western men, and is more congenial to them than the foreign assurance societies doing business here. 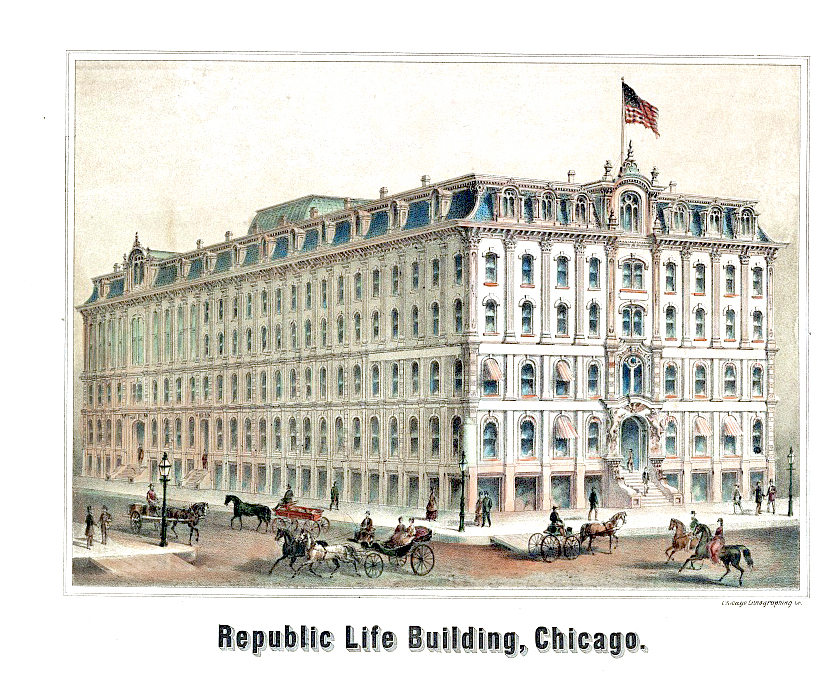 In their circular to agents, the company state that the Republic has been organized with a view of making such a company as the people will appreciate and insurance men prefer to work for; with nothing promised that will not be realized—and with such strength of organization in its financial and insurance departments as will at once secure public confidence, and designate the following as their plans and intentions for the future:

1st. To establishe a large, strong, safe company; large enough to give abundant security, with five millions of capital, twenty per cent paid in (and let the earnings pay up the other eighty per cent, until the whole stock shall be paid. Two millions taken in Chicago, and the remainder to be scattered throughout the country.

2nd. To make the rates of premium high enough for safety, and yet considerable lower than the mutual rates; with a simple contract, and with such rules as to make the business free from mystery and easily to be understood by the agent and the policyholder; so plain that there shall be no opportunity for misstatement by agents of misunderstanding by the insured.

3rd. To make it a home company in every locality, by means of its investments, of branch offices, and local boards of directors, chosen from the and policyholders, who shall supervise its risks, investments and operations in that vicinity, and thus throw around the company the strongest safeguards possible—the care of respectable, responsible men, personally and pecuniarily interested in its success.

4th. To save to the west, for investment and accumulation (and for the development of its forces and treasures now lying idle for the want of capital), some of that large sum of money which is annually being drained therefrom by life insurance, for not more safe and less profitable investment at the east.

5th. To make the business of life insurance as desirable and honorable as any business in the world, by establishing a company that shall make no doubtful statements, but whose plans shall be so plain, clear and honest as to attract the best men and satisfy the most fastidious.

6th. To give employment to capable and upright men in every part of the country, who desire to co-operate in doing good, and at the same time desire to make money in such a way as to incur no liability to reproach for having made promises that cannoty be realized.

7th. By making loans to borrowers throughout the west, to diffuse rather than centralize capital, and thus aid the poor man as well as the rich.

8th. To spread far and wide the beneficent effects of life insurance, as conducted upon the safest and soundest business principles.

In addition to the simple plan of so much insurance for so much money, which, we think, will be preferred, we propose to give the benefit of insurance in a strong stock company, owned and managed by by men of the highest standing, to those who wish also to secure the advantage of the high rate of interest at the west, and allow them to pay one eighth more in cash, or take a credit of 25 per cent addition to the stock rates, to be charged against the policy, without interest, and to give them the surplus premiums on their own policies, over the legal reserve, after three years. 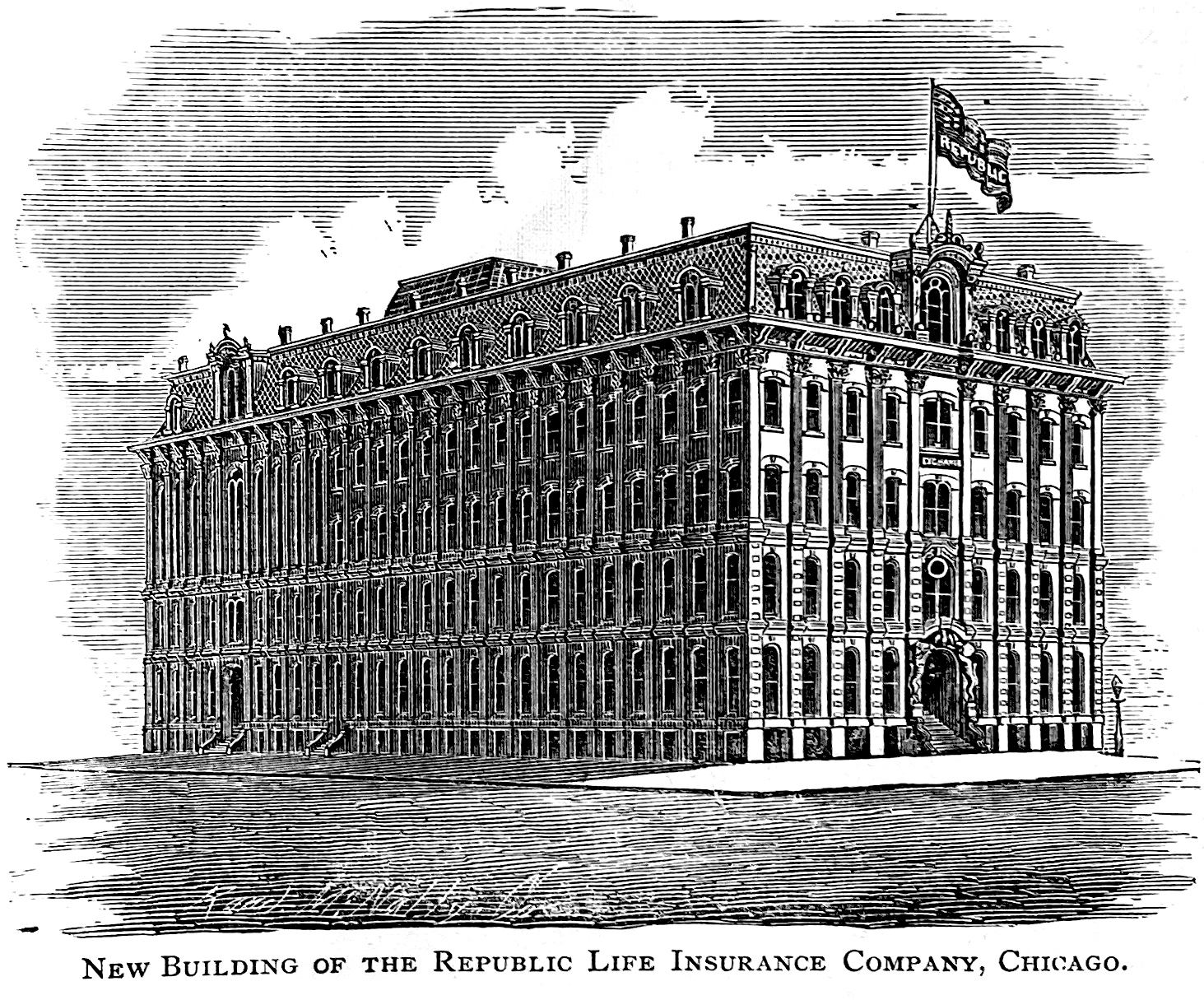 As the readers of The Land Owner are a class who do not need to be told the advantages of life insurance, being persons of intelligence and understanding in these matters, we shall not enter into a lengthy disquisition upon its benefits, but simply point them to these facts:

The Republic is a safe company. The building which we illustrate being among their assets, it is of itself a guarantee of their responsibility, and one that can be seen. not hidden upon the company’s books, as is so often the case.

Every cent paid to the Republic is retained in the west, and not sent east to to cripple our home industry.

The names of the officers are a sufficient guarantee as to how the business of the company will be conducted, and are as follows:
J. V. Farwell, President; A. W. Kellogg, Vice-President; Paul Cornell, 2nd Vice-President; I. N. Hardin, Treasurer; Orren E. Moore, Secretary. 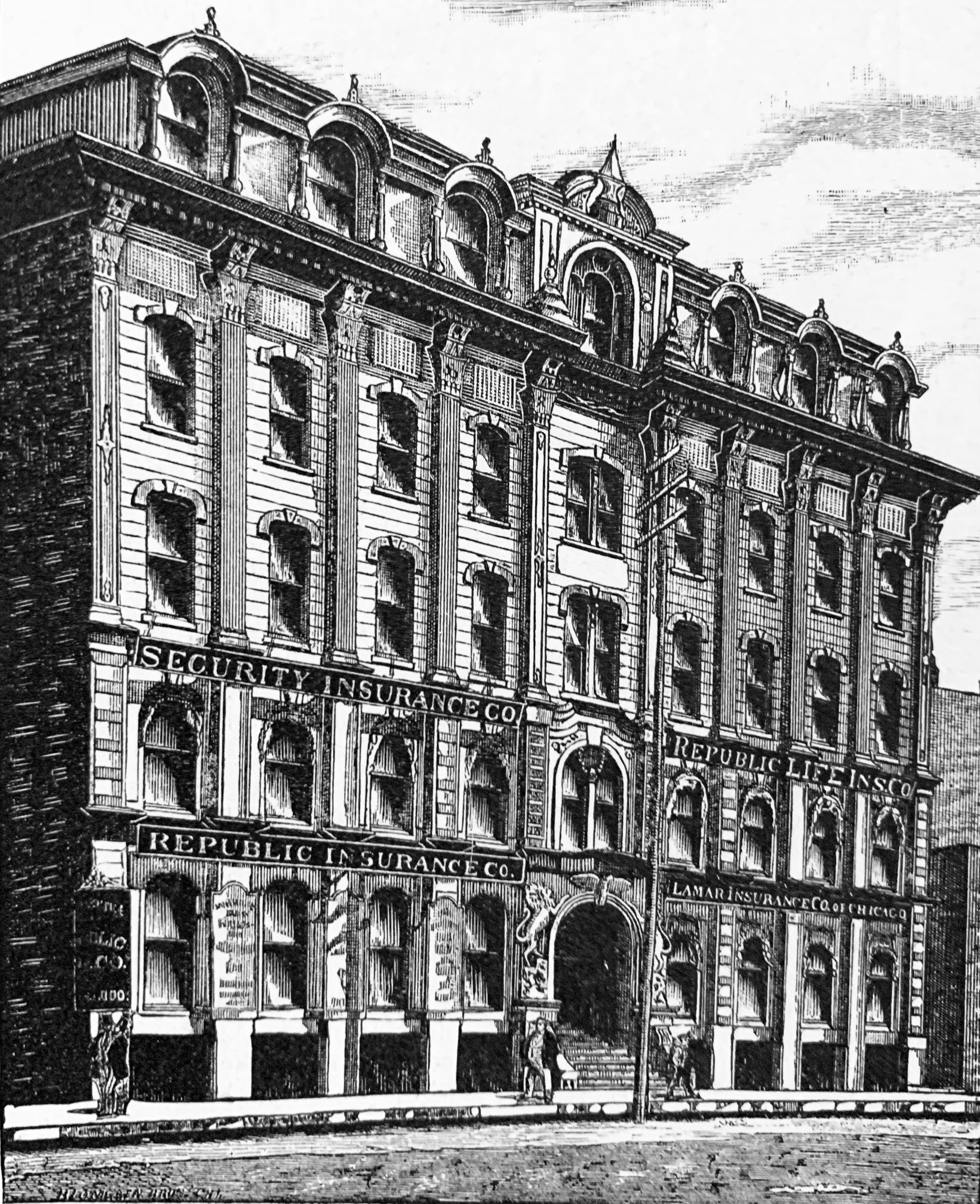 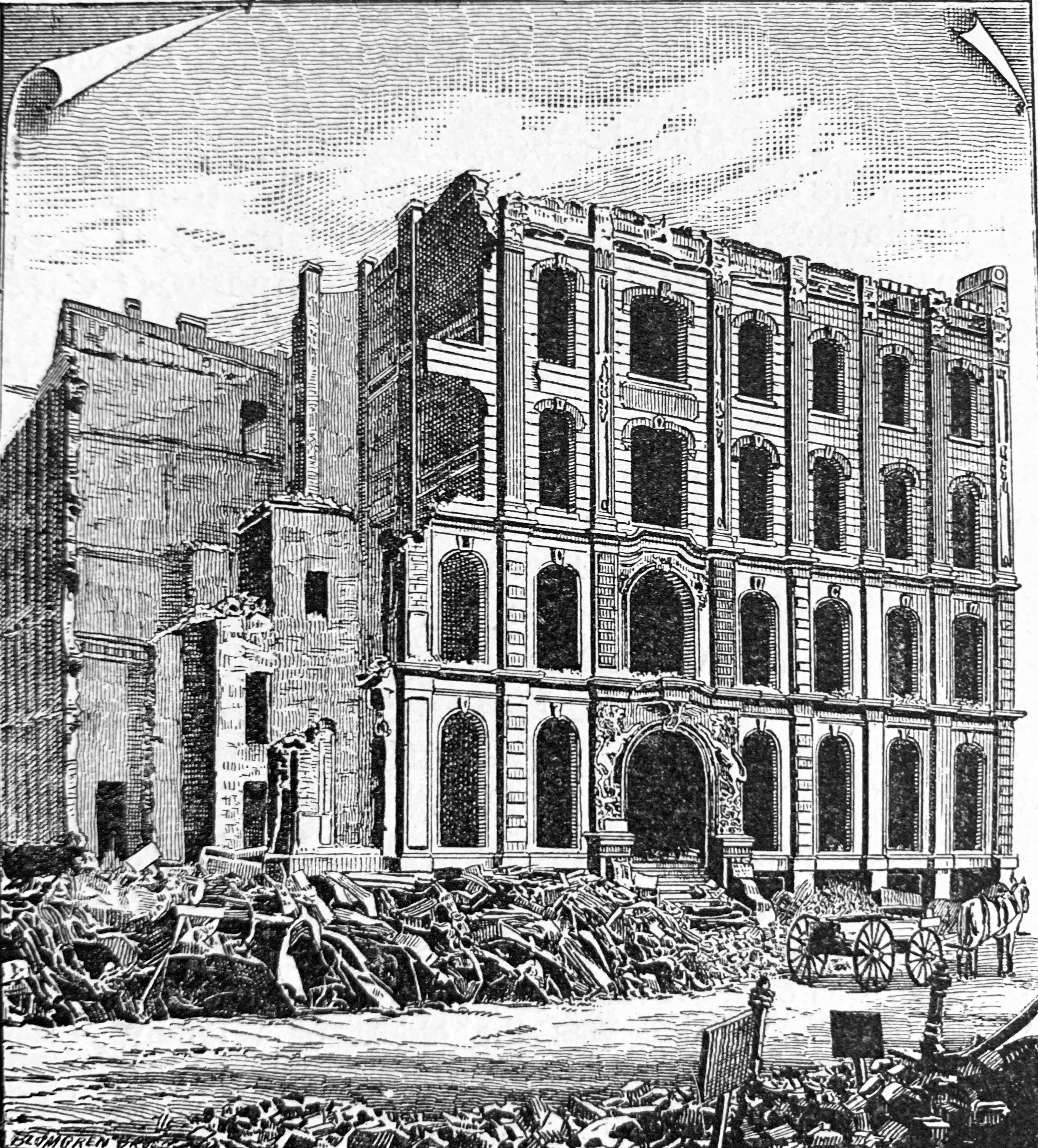 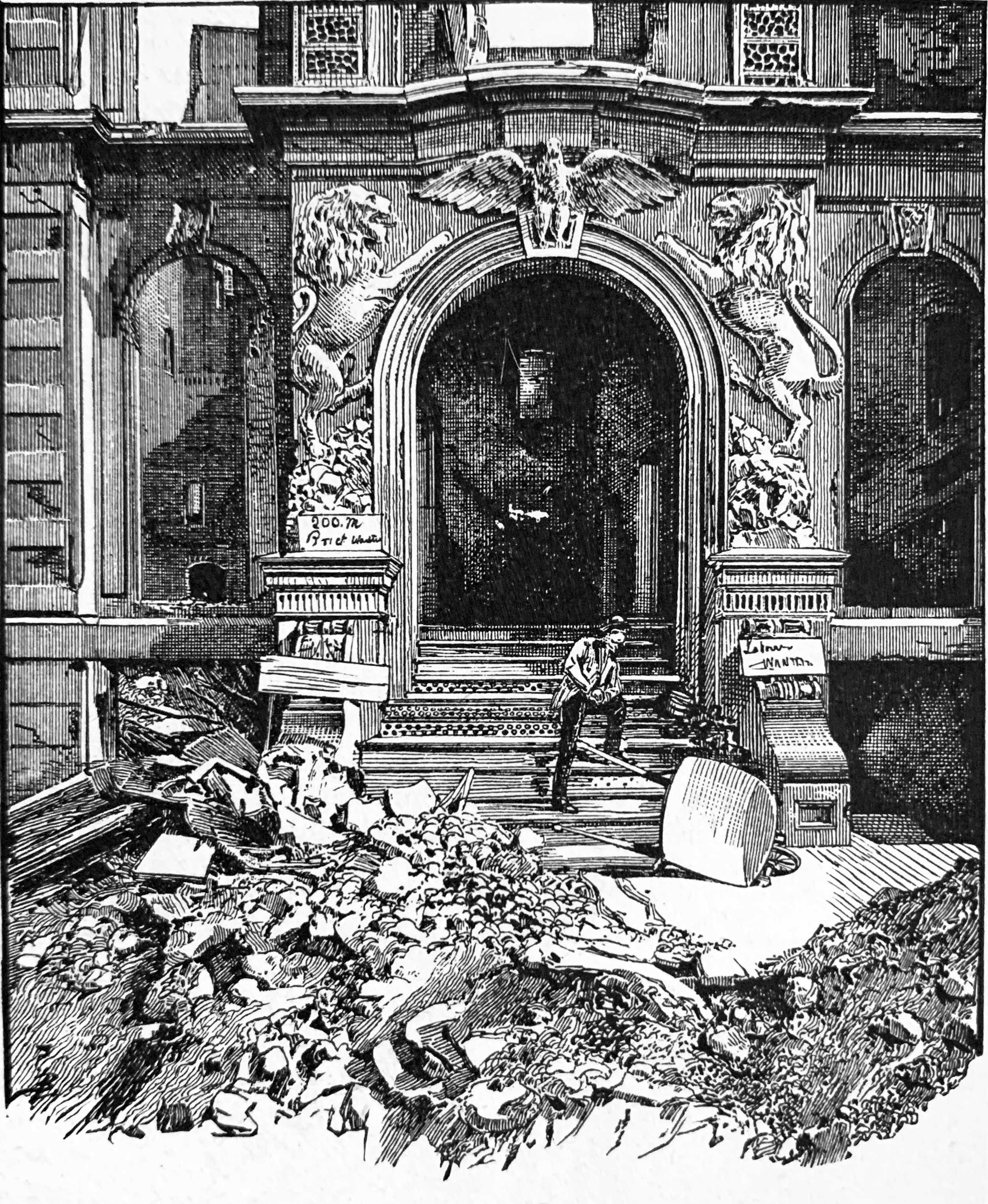 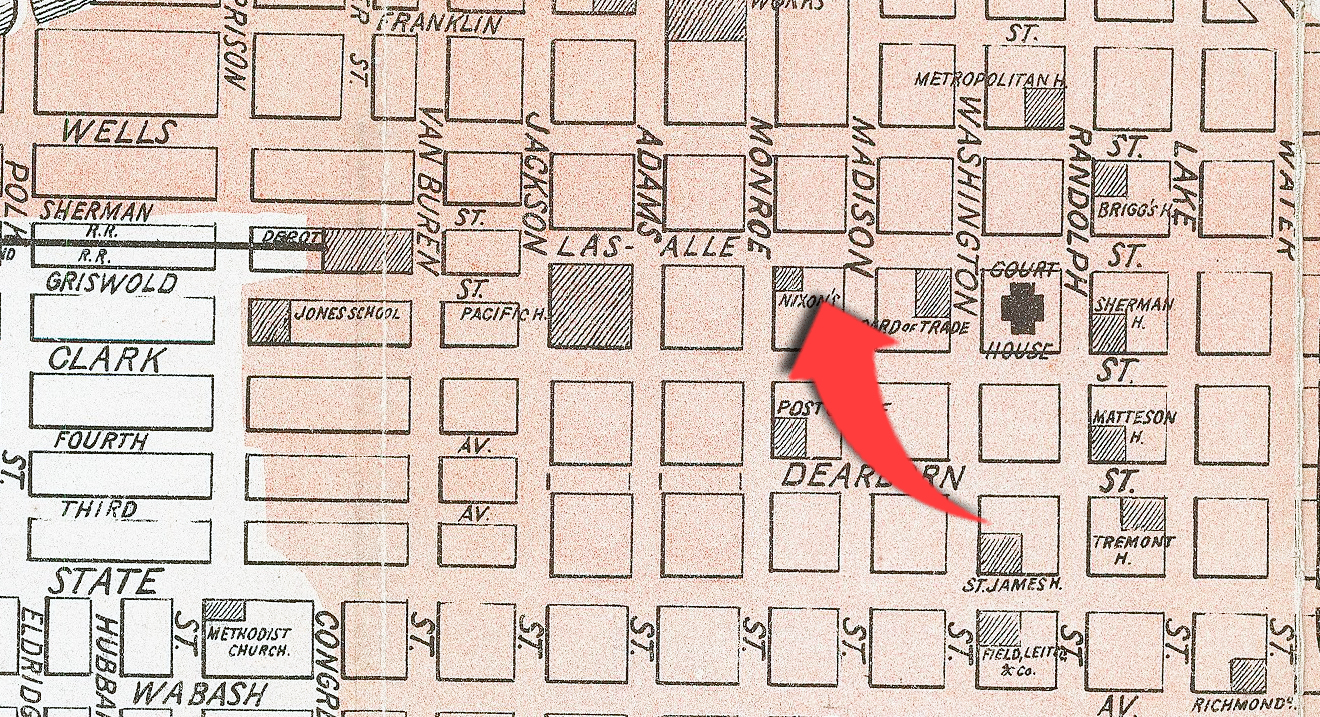