To Be Re-built.—A five story marble front building is to be erected by Mr. James Larmon, on the burnt district at the corner of Clark and Washington streets, to be called the “Larmon Block.” It will front 100 feet on Clark street, and 80 feet on Washington. The basement and first story are to be of iron, and the remainder of the front on Clark street of Athens marble. The marble front will be continued fourteen feet on Washington street. The rest of the Washington street front will be of pressed brick. The lower story will be occupied as stores, and the upper stories will be divided out into spacious offices, with a hall through the middle. The principle entrance is to be near the centre of Clark street. It is to be finished by winter, and is to cost about $50,000. Bayliss & Coleman are the architects.

Mr. P. Larmon, one of the gentlemen interested in the above block, is also erecting a very handsome three story building on the southwest corner of Clark and Madison streets. It is a solid stone front, with slender columns and Roman caps and arches. The size is 20×80 feet. It is intended for a drug store and offices, and is to cost about $9,000.

This fine looking, new business home, an ornament to the south-eastern part of the Court House Square, is roofed in and nearly completed. Should the pleasant weather continue a short time, it will be ready for occupancy. Messrs. Bayliss & Coleman, the architects, by such a block, will soon make themselves known here as at the head of the profession. 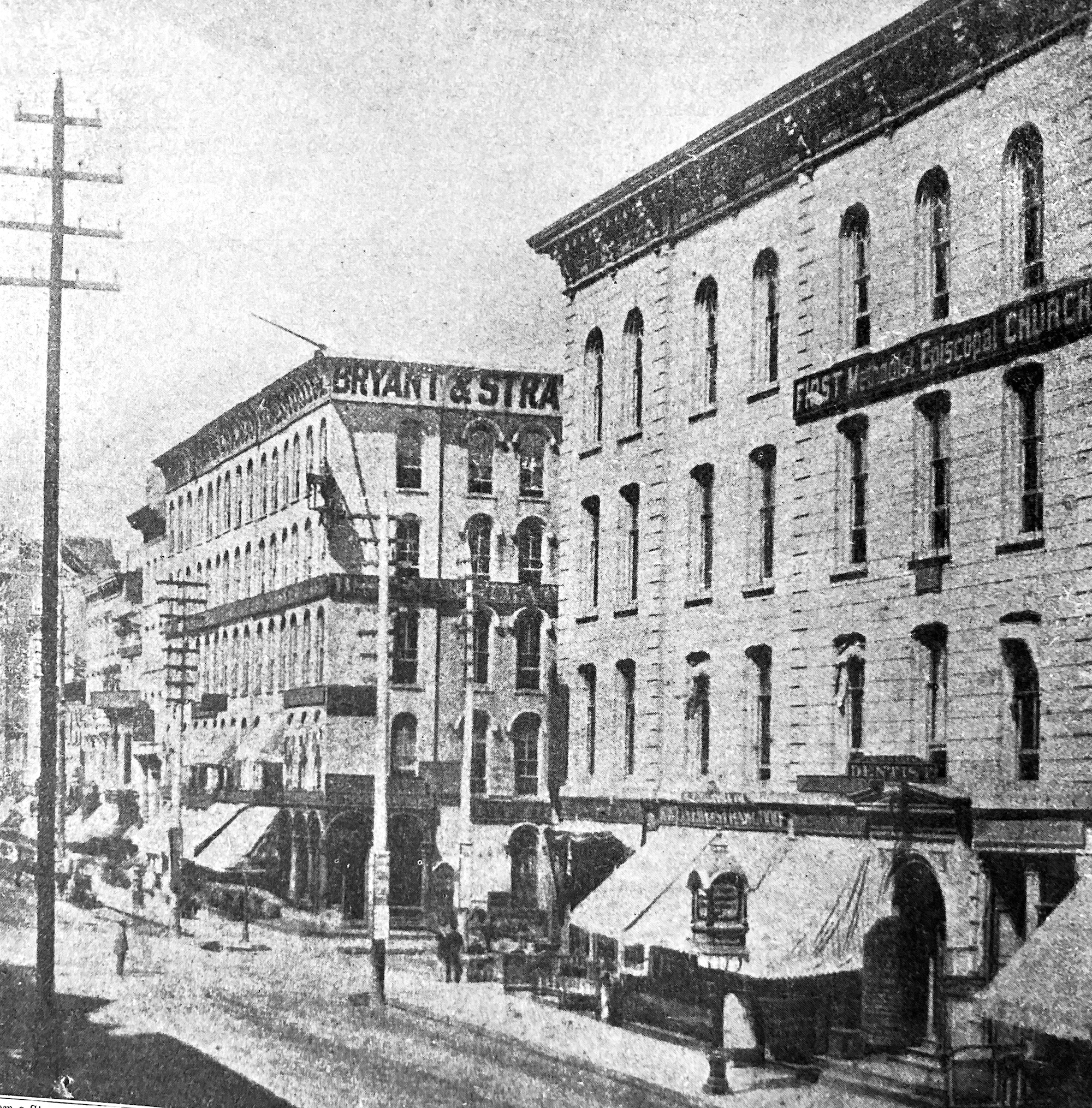 Bryant & Stratton’s New College Hall Dedicatory Ceremonies.—This evening the new hall of Messrs. Bryant & Stratton’s Commercial College will be dedicated with appropriate ceremonies. An address will be delivered by Isaac N. Arnold; Larmon Block, in which the hall is situated, will be illuminated and the exercises will be of an interesting character. The rooms of Messrs. B. & S. are seven in number and contain eight thousand square feet. We understand that a large number of our business men will be in attendance.

City Improvements.—Upon the east side of the street, adjoining the Methodist Church block, James Larmon is now laying the foundations for a five story marble front building, fifty feet front on Clark, by eighty feet deep, to be finished below for stores and above for offices. The upper story is to be arranged as a daguerreian gallery, under the supervision of one of the best artists in the United States, The whole block will be a fine edifice, and with the adjoining church property present an unbroken five story marble front, one hundred and fifty feet in front from the corner of Washington street southward. 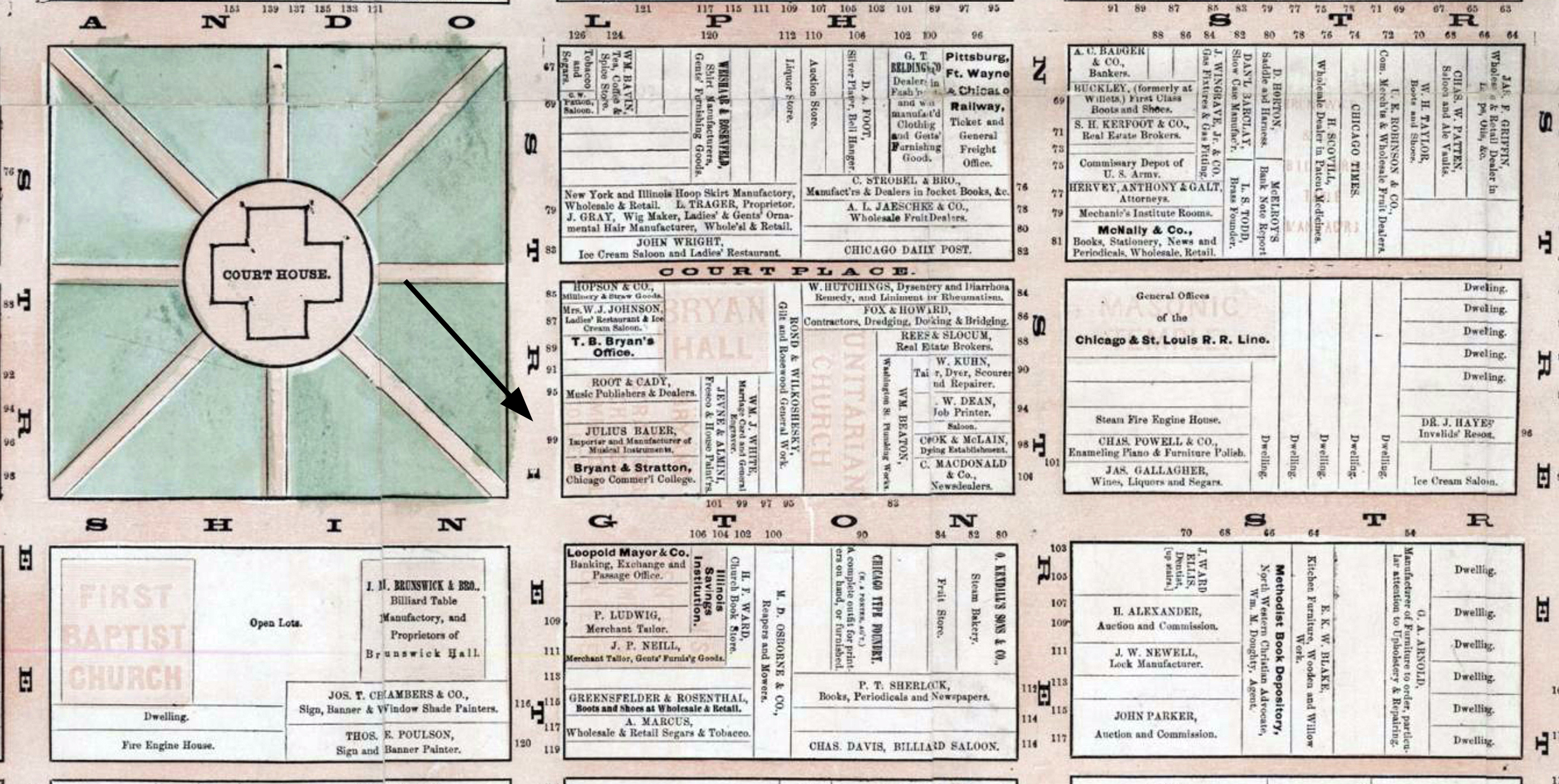 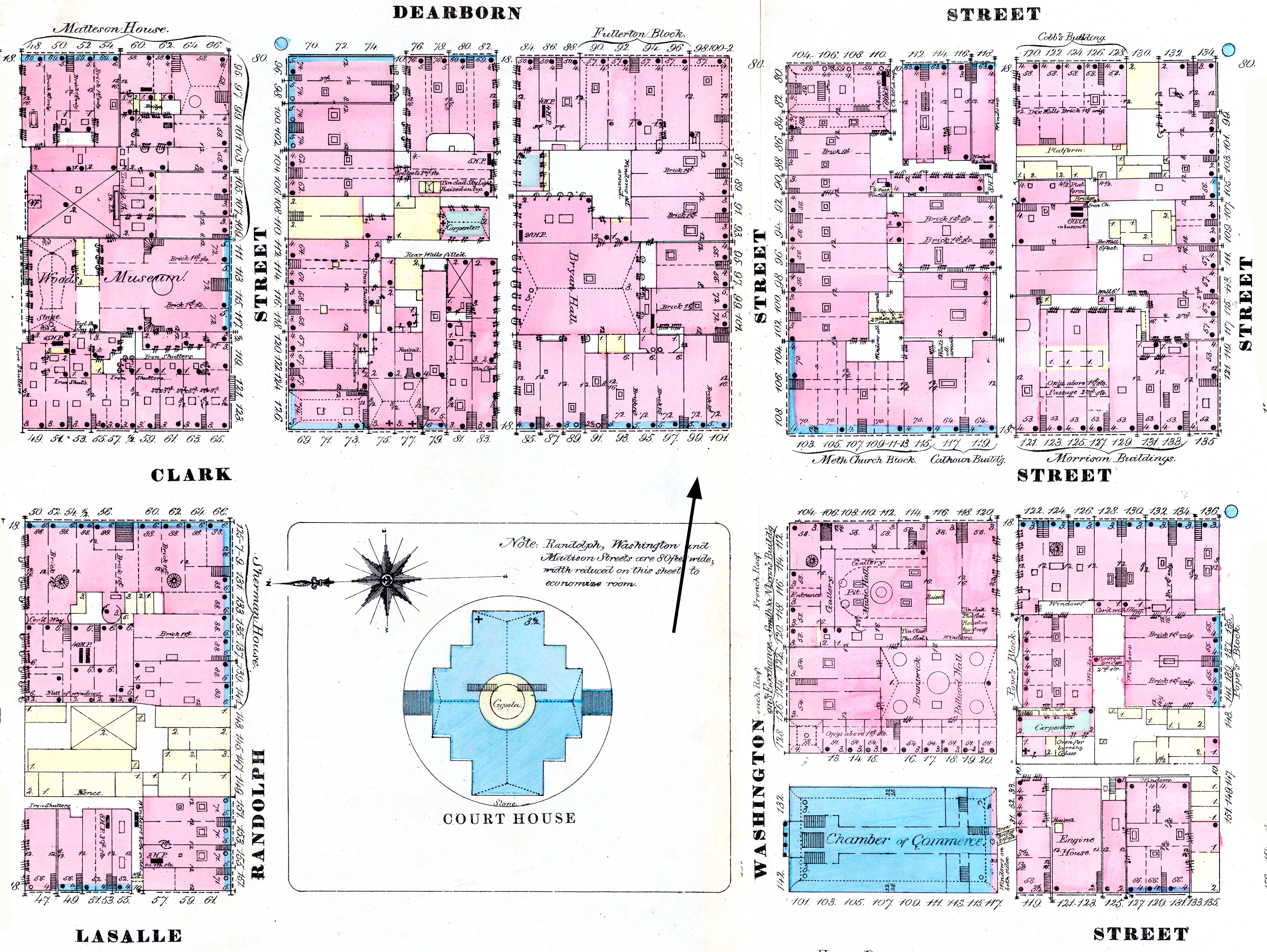