The first railroad depot that was built in Chicago was a one-etory wooden affair built by the Galena & Chicago Union Railroad in the fall of 1848. It atood on what is now a triangular piece of vacant round west of Canal Street and south of Kinzie Street, and but a abort distance west of the west abutment of the city bridge that crossed the North Branch of the Chicago River at Kinzie Street.

In those days there was a narrow street named West Water Street, that ran close along the North Branch of the Chicago River and east of what is now Canal Street. This depot ran east and west and its east end was entered from this West Water Street. The depot faced the railroad tracks which were south of the depot. Whatever package freight the railroad had to handle in Chicago at this time was handled at thia depot

The first depot after it was enlarged in 1849 (Drawing)

In 1849 this building was enlarged and a portion of it was set aside for freight, while the original east end was still used for passengers. A second story was added to the structure and that waa surmounted with a sort of observatory. This second story was used by the officers of the road and its general office, and in it Jobn B. Turner, the president of the road, and his associates planned the extension of the road and controlled its destinies. Our cut of this depot shows the building after its enlargement. The one story (western) part of the building was the portion that was built in 1848 and was used for freight and passengers for about one year. West of the depot was what was substantially an open prairie, and from the observatory Mr. Turner often watched for the incoming of his trains, with the aid of a long, fashioned “marine” telescope that he possessed and thus could announce the coming of a train while it was yet as far away al Austin, six miles. In those days the use of tbe telegraph was not even dreamed of on any Western railroad. 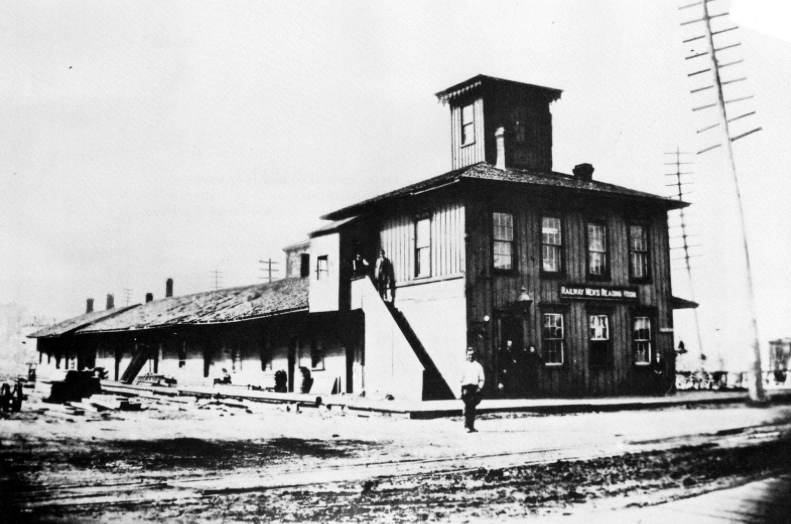 The first depot after it was enlarged in 1849 (photo)

In 1851 the Galena & Chicago Union Railroad began to purchase depot grounds east of the North Branch of the Chicago River, and in 1852 and 1853 built on the plans of and under the superintendence of J. D. Perkins. In those days a street ran along and not far north of the main Chicago River, and was named North Water
Street. 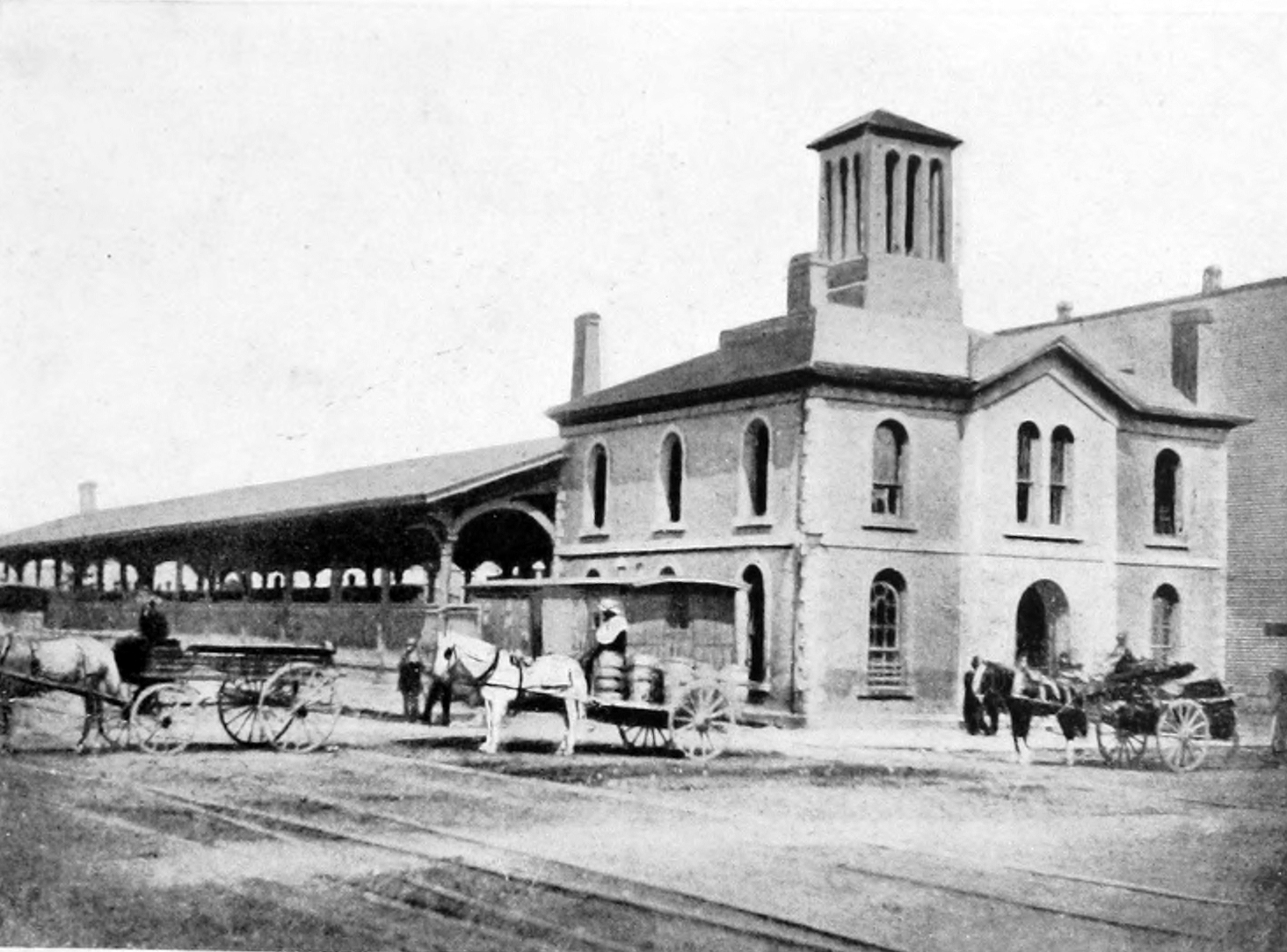 The depot before the third floor was added in 1863.

The second passenger depot was built by the Galena and Chicago Union Railroad in 1852 and 1853, east and west along this North Water Street, with its east end on Wells Street. It was built of brick and was two stories high. The passenger entrance was. from Wells Street, but a sort of private alley, or perhaps an unbuilt-on lot, ran south from Kinzie Sheet, and this was used to reach the depot through the baggage room. On Wells Street, and north of this second depot, wa. a hotel known as the Hatch House, and this private alley, or open lot, seems to have been used by the guests of this hotel as well as by the frequenters and employes of the railroad depot.

After the depot had heen occupied for some time, Wells Street was filled in and raised about eight feet, and this caused the Galena company to add, in 1862-3, 30 feet in length to the building and another story to this depot, and in the room so made a portion of the general offices of the company were located. The enlarged building was 45 feet on Wells Street and 75 feet on North Water Street and was three stories high. This building remained in use until the grest fire of 1871, when it went up in smoke, like much more of Chicago. 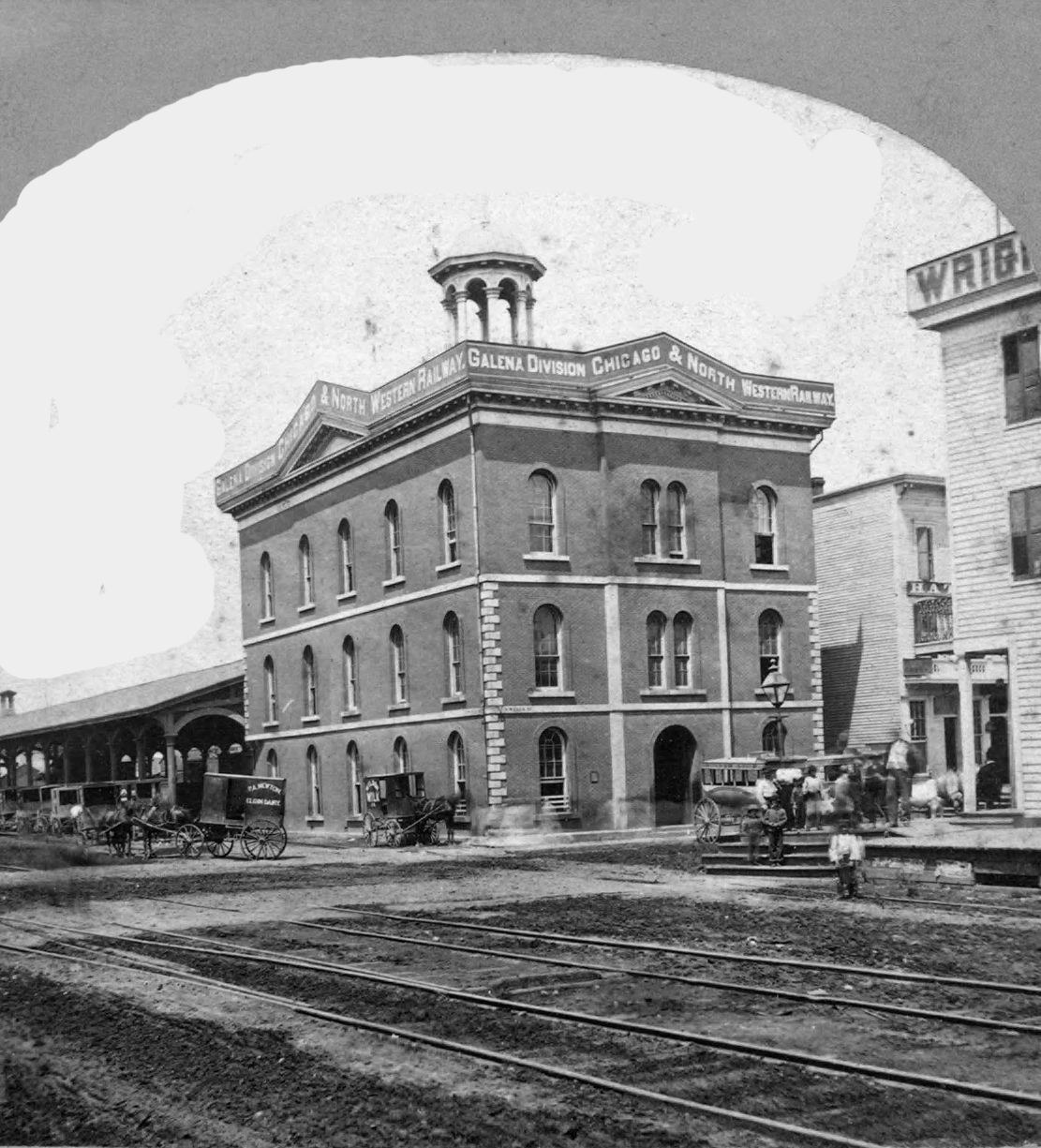 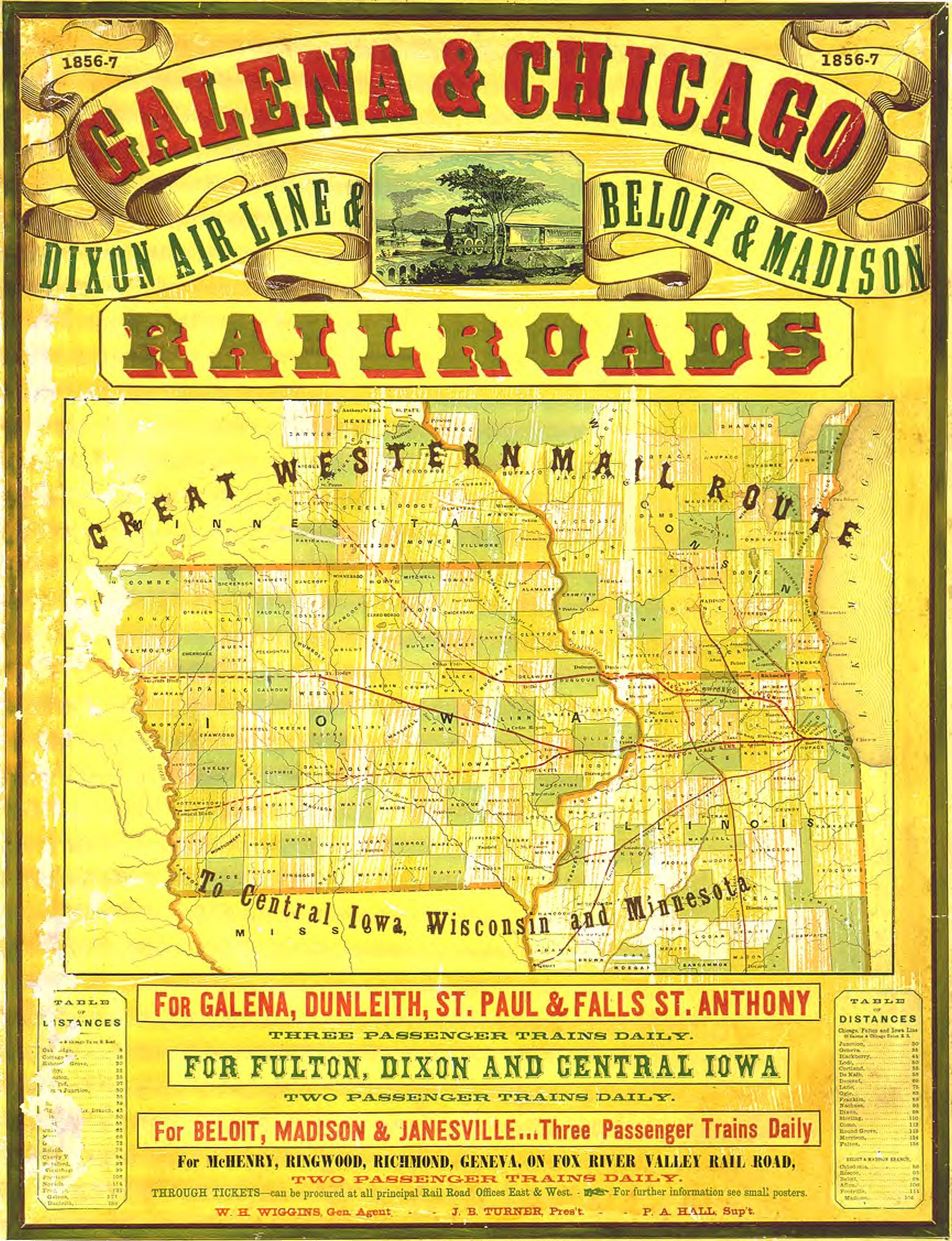 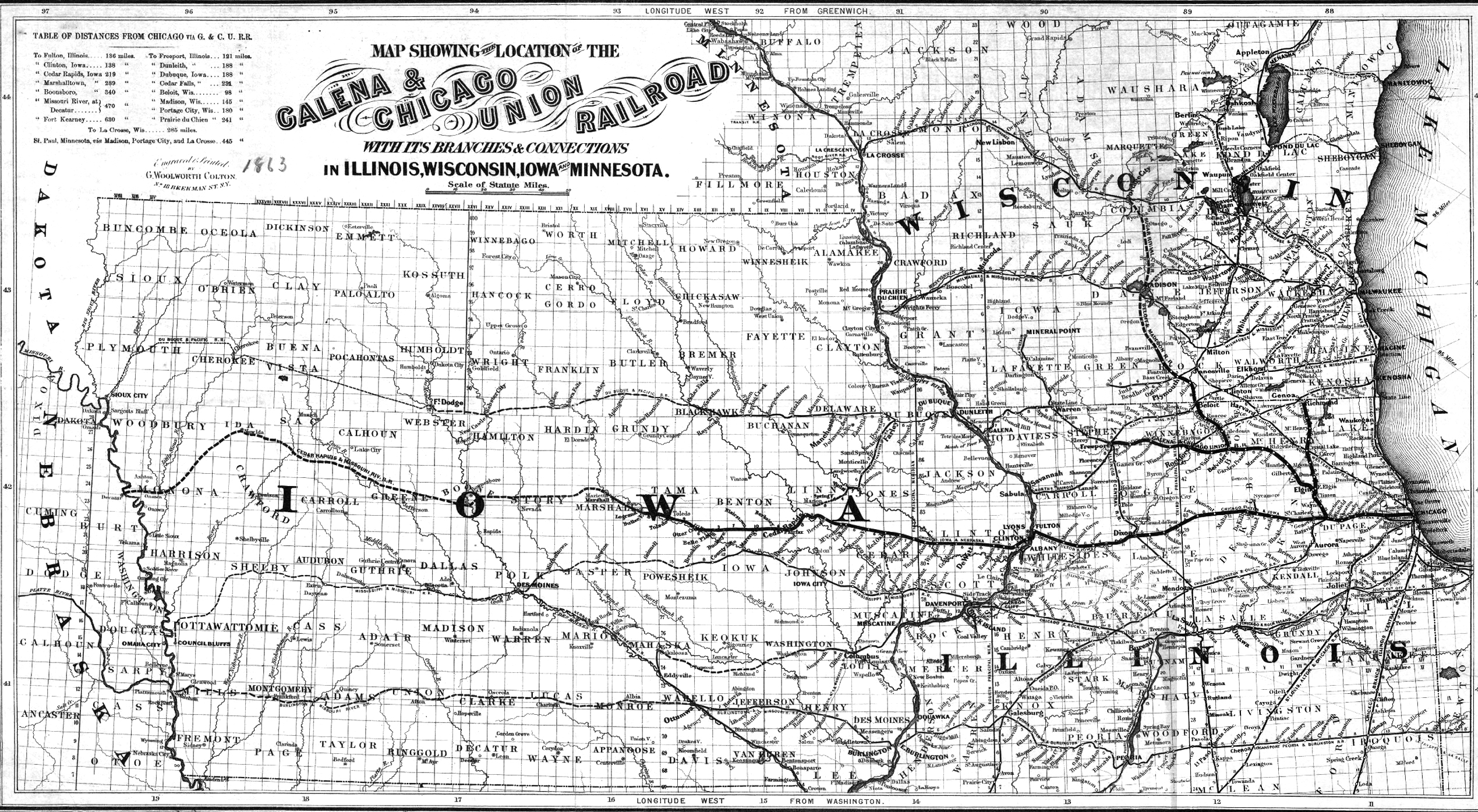 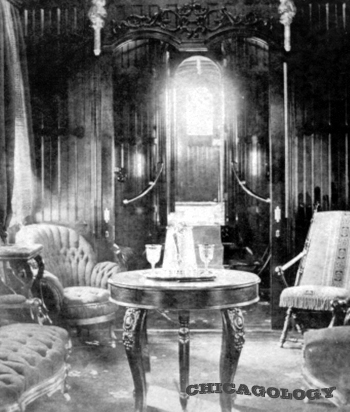