Has the state of Illinois sent an innocent man to prison on conviction of murder? This question has been raised by Mrs. Tillie Majczek, who has worked for more than decade as a scrubwoman to earn funds for the fight to clear her son’s name. The following is a continuation of the report by TIMESmen on their hunt into the past for the truth in Joe Majczek’s case.

The TIMES today announces it has obtained a sworn statement charging that the woman whose testimony sent Joe Maczek to prison subsequently admitted her testimony was a lie and a fraud.

Mrs. Walush’s “identification” was the only evidence presented at the trial linking Joe with the murder of Policeman William D. Bundy. Consequently, if the jury, which sentenced Joe to serve 99 years, had the statement now in the possession of The TIMES, it would have had every reason to acquit the defendant on reasonable doubt.

That the case against Joe hinged in its entirety upon Vera’s word is made plain by the Illinois Supreme court in its review which found no prejudicial error and consequently affirmed the verdict.

The identification of the plaintiffs in error by Mrs. Walush was positive.

And, the court questioned:

Emphasizing that it considered Vera’s identification the crux of the state’s case, the high court cited several trials in which testimony of a single witness was upheld as sufficient to convict. 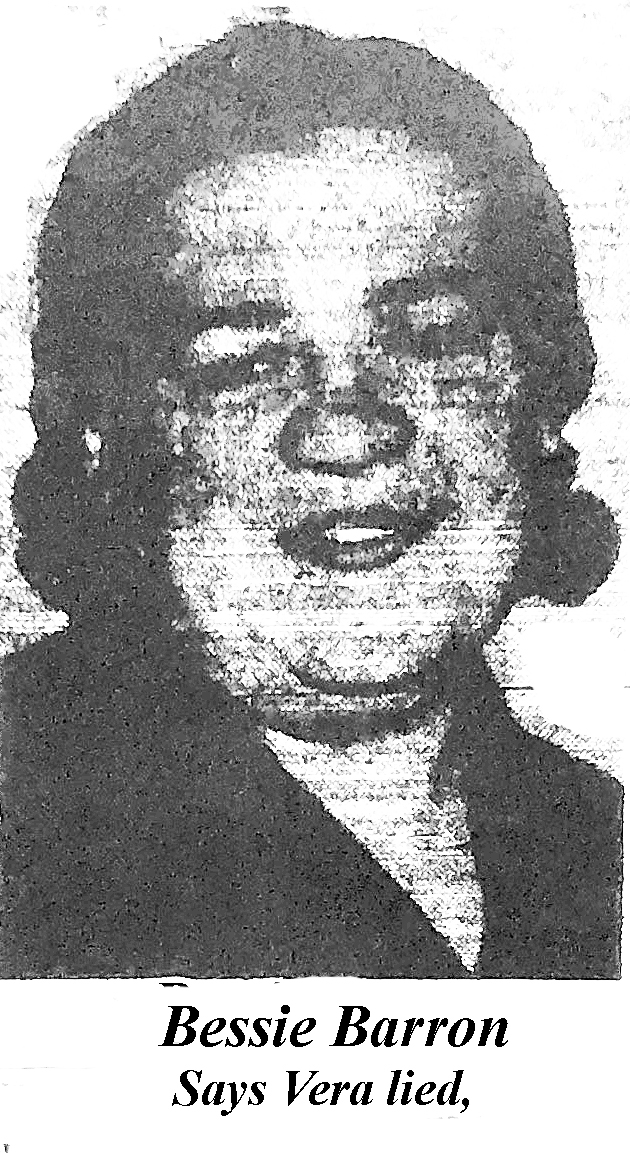 RIDDLED BY STATEMENT
But—when Joe Majczek’s case reached the Supreme court there was nothing in the record challenging the good faith of the single witness, Vera Walush.

Now, this supposed good faith is thoroughly riddled in the statement obtained by TIMESmen in their re-investigation of the 12-year old case.

The statement was signed and sworn to before a notary public, with a TIMESman as witness, by Mrs. Bessie Barron, who has known Vera for 20 years.

Studying the original police reports of the case, TIMES investigators found a statement signed by Mrs. Barron three hours after Policeman Lundy was shot to death by two men Dec. 9, 1932 in an attempted holdup of Mrs. Walush’s delicatessen and speakeasy at 4312 S. Ashland.

This statement first brought the name of Ted Marcinkiewicz into the investigation. Mrs. Barron informed detectives that about a month before the crime Ted had told her that another had suggested to rob Vera’s place.

Bessie said she warned Vera and told her Ted knew where she kept her money. Vera, according to her trial testimony, had met Ted three times before the holdup occurred, but in her first police statement she made no mention of him, saying she had not recognized the slayers.

DISCREPANCY IN STORIES.
Not until Bessie’s statement was brought to her attention did Vera get around to saying she had recognized Ted. In her first statement the speakeasy operator said one of the killers had worn a “mask.” A statement a month later finds her making no mention of the mask but saying that Ted “wore dark glasses and they fell off and I recognized him.”

Trying to trace Ted, police stumbled upon Joe Majczek, who gave his childhood friend protection of his home the night of the murder after Ted had asserted his innocence and expressed fear of police brutality.

The day after Joe’s arrest Vera came up with her belated “recognition”—this time her finger pointing at Joe as Ted’s companion in the murder.

CONVINCED JOE IS INNOCENT.
Checking further on Mrs. Barron’s first statement, TIMESmen traced her to her present home at 4520 S. Marshfield. The investigators discovered she was bitterly resentful against Vera for the latter’s testimony.

Mrs. Barron says she is convinced Joe is innocent of any connection with the crime. Joe, she says, was “just the goat.” Concerning Ted, Mrs. Barron, who during the trial repeated the robbery conversation with him, says she has good reason to doubt that Vera recognized him at the scene. She believes Vera thought of him only after Bessie’s original warning had been called to her attention.

SWEARS VERA ADMITTED LIE.
In her statement to The TIMES Mrs. Barron swore that “on numerous occasions since the trial I personally heard Vera Walush admit that her identification of the two convicted men was improper and false.”

Bessie’s scorn of Vera became so great according to the former, that it shattered their long friendship. Mrs. Barron took upon herself the role of Vera’s “conscience prodder.” On various occasions, she said, she has taunted and derided Vera for the story she told the jury.

Bessie swore that time after time she has asked Vera:

Doesn’t your conscience ever bother you for putting the finger on those two men you could not really identify them as the real killers?

Vera’s “usual answer,” according to the statement was:

Well, what the hell do you expect me to do? I had to go along with the police, didn’t I?

“WHY VERA WENT ALONG”
Bessie was asked why Vera felt she “had to go along with the police.”

They knew she was running a speakeasy. She had to pay for protection.

Only witnesses against Ted at the Trial were Vera and Bessie. Ted took the stand to deny the accuracy of her account. His version was that he spurned the suggestion of the other women that he rob Mrs. Walush and had told Bessie to warn her of the attempt.

Science measures the truth of Joe Majczek’s story! Prisoner submits to lie detector test arranged by The TIMES. Leonarde Keeler, inventor of the detector, reports the results of the test. Is Joe telling the truth when he swears he did not kill Policeman Lundy? See tomorrow’s TIMES for a complete report.