Twelve years ago Mrs. Tillie Majczek abandoned the comforts of home and went to work as a night scrubwoman in a Loop skyscraper. Her goal was creation of a fund to clear her son of a charge of murder.

Joe Witczek is still in prison and his mother is still toiling. But her spirit of self-sacrifice prompted The TIMES to re-investigate the case. Following is another in the series of reports TIMNESmen are making on their findings.

The woman who bore Joe Majczek’s son will never forget Dec. 9, 1932. Her name is Helen and she is a slender brunette in her early 30’s, with intelligent features and a quiet voice.

And there’s another woman who has good reason not to forget that Friday. Vera Walush, she was then a divorcee. Now she’s the wife of a South Side tavern owner. She’s about 50, stout, blondian. In prohibition days she operated a speakeasy behind a delicatessen front.

The story these two tell center, allegedly, about one man. Rarely, if ever before, in Chicago crime annals have two statements been at such wide variance in purporting to give a truthful account of one man on a given day.

Obviously Helen, then the wife of Joe Majczek, is wrong in her description of that red-thumbed day, or Vera Walush is wrong.

Only on this is their agreement:

On the morning of Dec. 9 two men with quick trigger fingers had well-laid plans for a holdup of Vera Walush’s shop at 4312 S. Ashland. 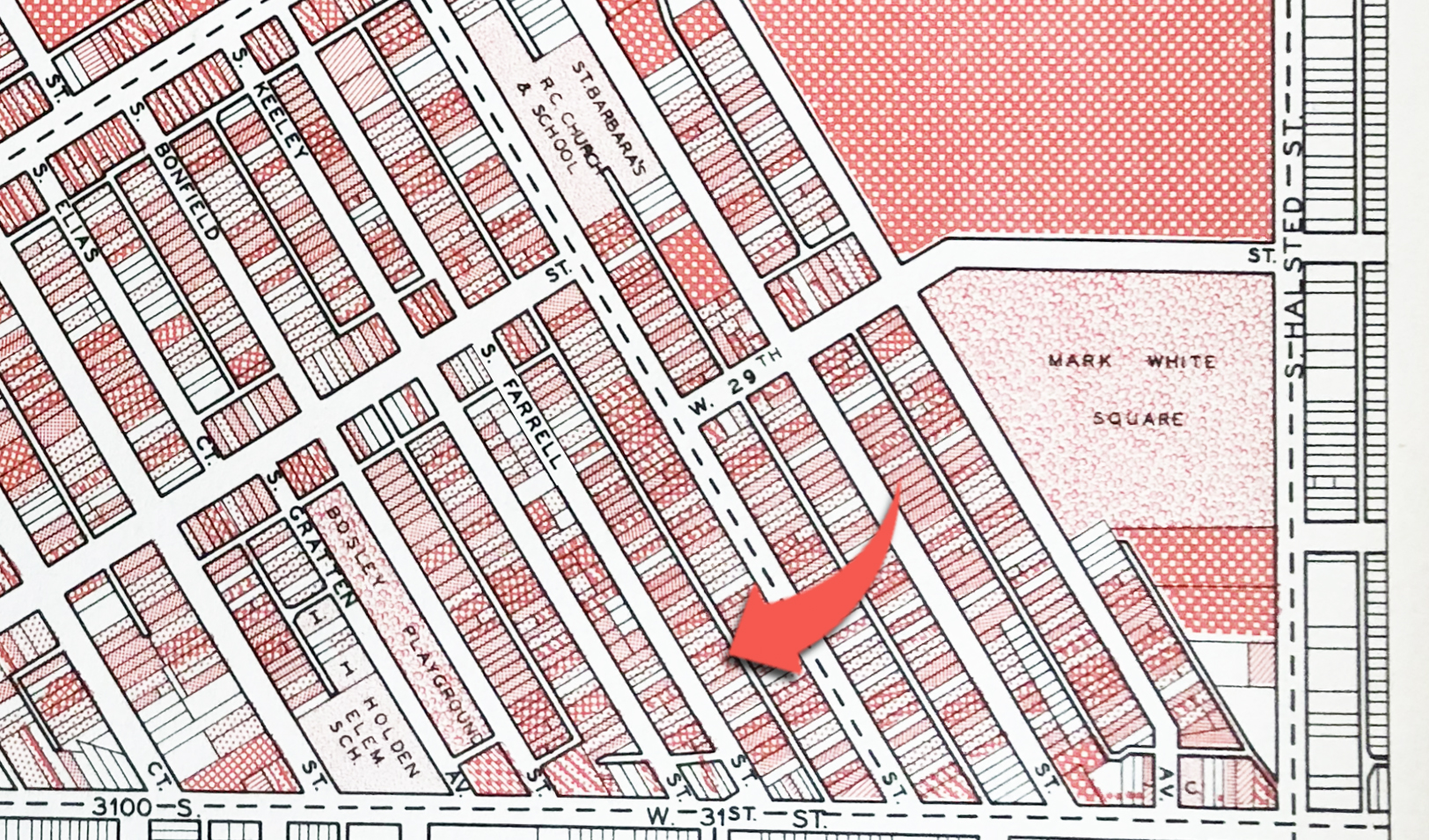 EXPECTANT DAD ELATED
At 10 AM—with crime’s zero hour set for 3 PM—Helen Maczek returned from a medical clinic to the second floor rear flat at 3021 Farrell. In the four-room home, where neatness made up for what was missing in the way of costly Chippendale and Spode, she whispered in the ear of her 23-year old husband.

Joe took the news like most “expectant” first-time fathers. He shouted exultantly, seized his wife and walked her about. Blithely he ignored the fact his world was not one of plenty; that try as he would, he could not find a steady job.

He insisted I lie down and rest. He scrubbed the floors, dusted the furniture. He made a joke of it, saying we had to have a spick-and-span home for the baby. I could hear him whistling in the kitchen.

Around noon I got up and fixed lunch. Joe said we ought to have some sort of celebration. I baked a cake. It was a vanilla cake, three layers, chocolate between, and on top a lot of walnuts. It was like a Christmas cake.

…Around noon two gunmen were steeling themselves for the job that awaited them at Vera Walush’s place.

Two or three tons of coal had been delivered to my father, who lived on the first floor. It was in the alley and it had to be put into baskets and carried to a shed. About 1:30 Joe bundled up and went downstairs to help my father carry in the coal.

The temperature was around 8 below zero. Every 20 minutes or so Joe came back upstairs to get warm. He kept asking me how I was feeling. I laughed and told him: ‘If you’re going to worry so about me now, you’ll be a nervous wreck when the time comes.’

I remember looking out the window and seeing him carrying coal about every 13 minutes before my brothers and sisters came home from school. They always got home at 3:15. That’s why I’m sure he was in or just outside the home at 3.

Near dawn , Dec. 22 police picked up Joe at home for questioning. Christmas eve Helen was told he had been booked for murder. The child was born while his father was awaiting trial. He was christened Joseph Jr.

On a visitor’s day at Stateville five years ago Helen, with small Joe at her side, she listened as the prisoner said yes, she was right; it would be best for the child if she divorced a convict and re-married.

“Both of us had given up hope he would ever come out of prison alive,” said Helen. “You lose faith in everything when a man is of something you know he could not possibly have done.”

Under the law, Helen could not take the stand and convinced a jury that Joe had helped kill a policeman five hours after he had danced with his wife in jubilation over a secret she had whispered.

A staggering blow at the heart of the state’s case. Published for the first time, an amazing new statement sworn to in the presence of TIMES investigators. What answer can the “finger woman” give to this startling accusation? Full details in tomorrow’s TIMES.