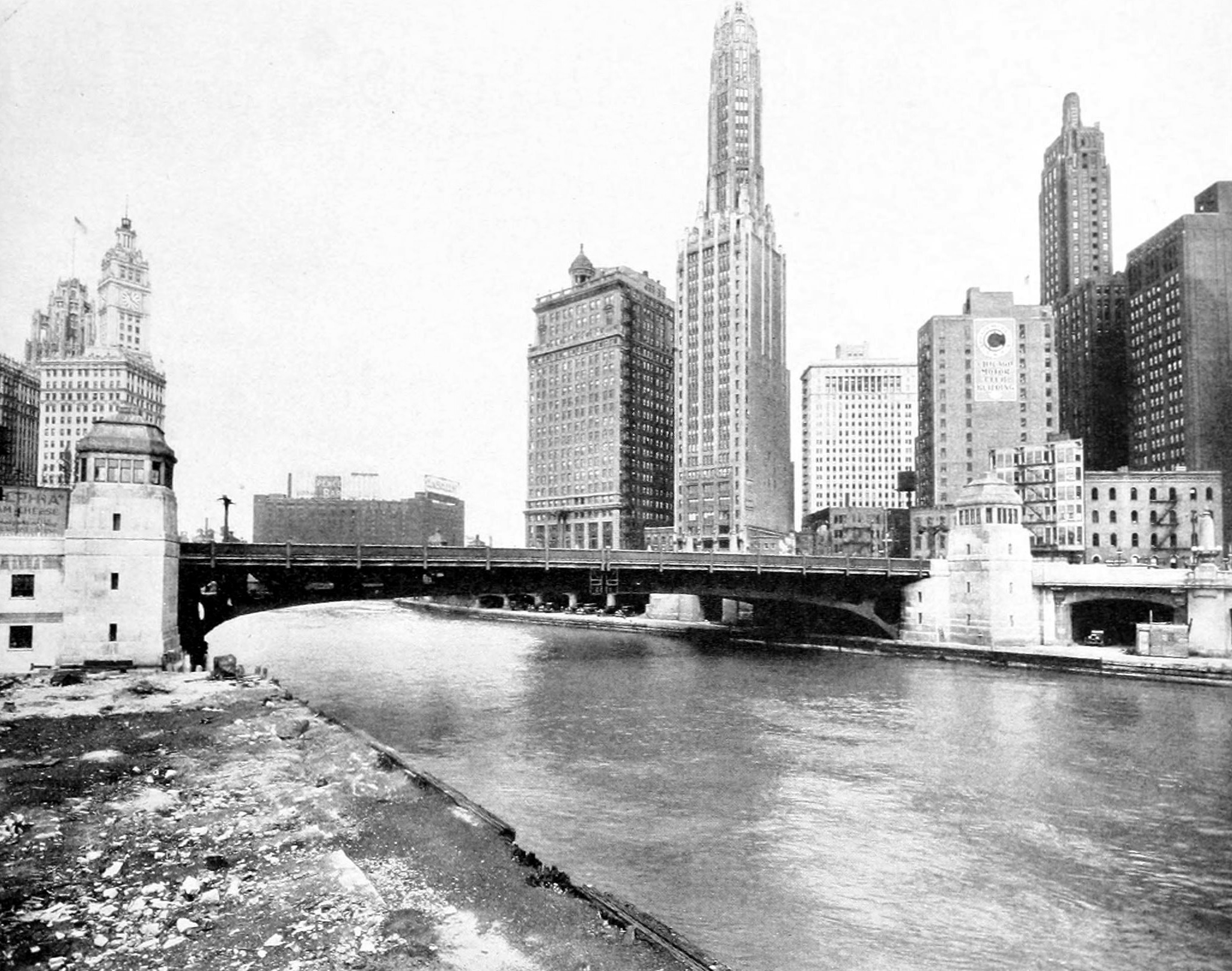 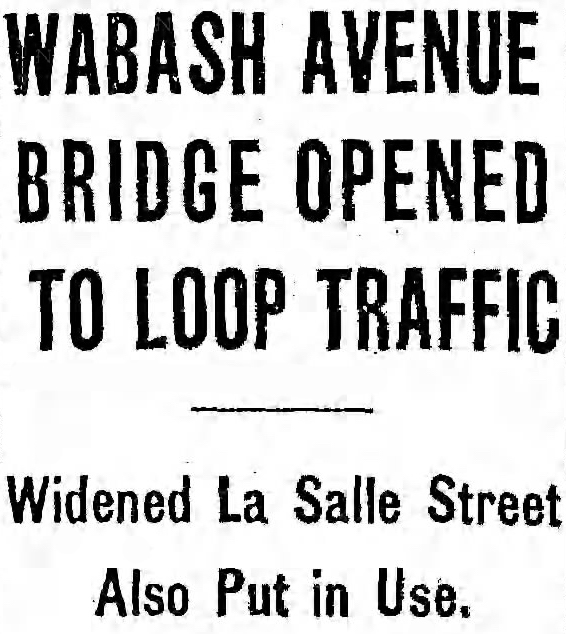 The new Wabash Avenue bridge which will relieve the congestion on the Michigan avenue span and carry part of the State street traffic while a new bridge is being constructed there, was formally opened yesterday. At the same time the newly widened section of La Salle street, between the river and Lincoln park, also was thrown open to traffic.

The celebration was attended by the cutting of ribbons by Mayor Thompson after a parade south in La Salle street from Lincoln park,to Wacker drive then east to the Wabash avenue bridge. There the celebration was made the occasion for political speeches to the scores of city hall pay rollers who had ridden in the parade.

New North Outlet from Loop.
The new bridge connects the former terminus of Wabash avenue at Wacker drive to the north side at Cass street, which was rechristened North Wabash avenue by the city council. It provides a new outlet to the north from the loop and the La Salle street widening provides an improved thoroughfare to the north which is expected ti relieve traffic on Clark street,

Construction of the north viaduct approach to the bridge has been accompanied by charges of irregularities in the letting of the contracts. The charges are directed against Richard W. Wolfe, commissioner of public works, by an aldermanic committee which is conducting an investigation. Wolfe testified yesterday before the committee on efficiency, economy, and rehabilitation after twice failing to respond to a summons to appear.’ 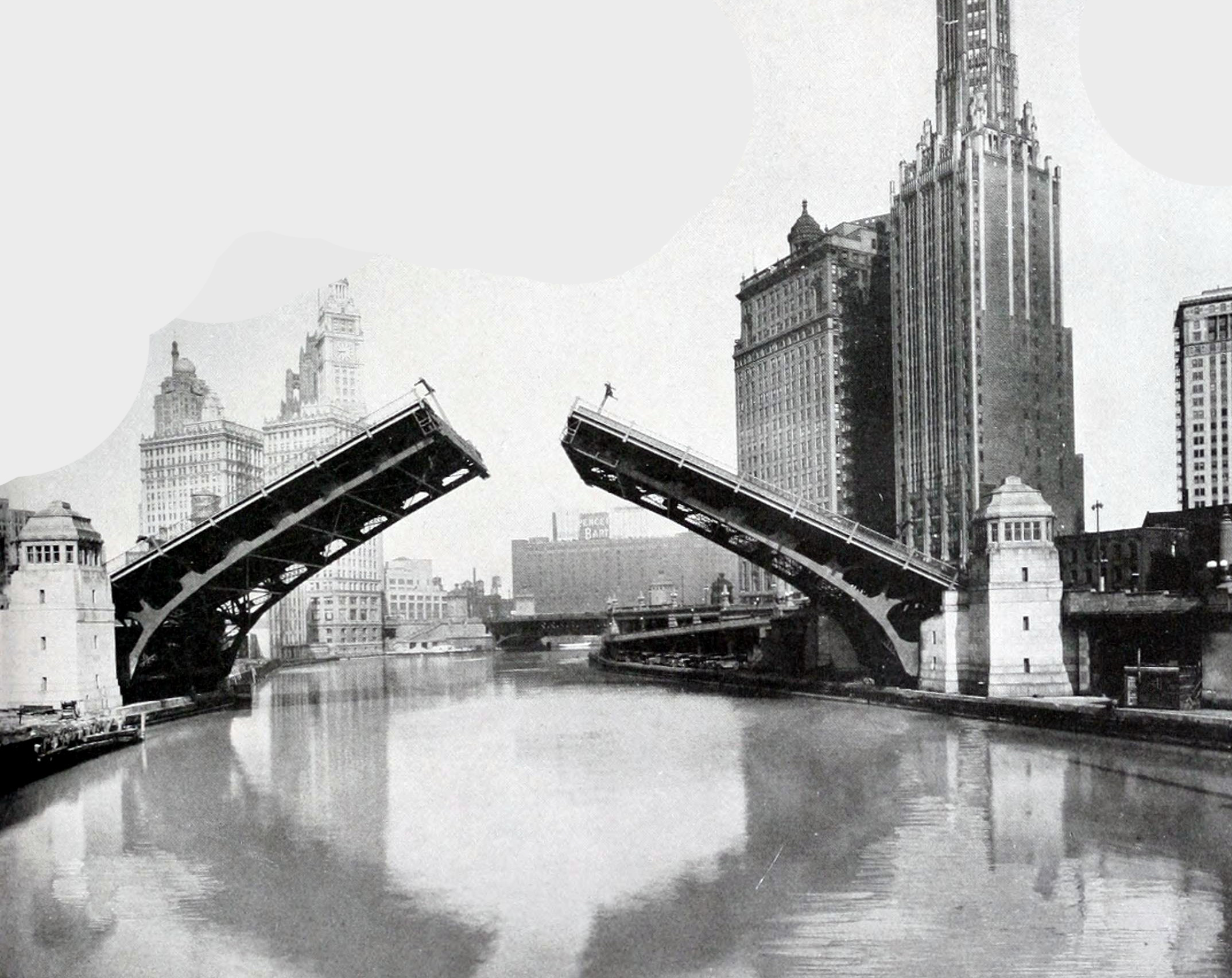 Selection of the new Wabash avenue bridge across the Chicago river as the most beautiful span costing more than $1,000,000 constructed in the United States and Canada during 1930 was announced yesterday by the American Institute of Steel Construction.

Bridge awards are made annually in behalf of the institute by a jury of engineers and architects. The 1930 jury held the Wabash avenue structure to be “a most pleasing solution of a most difficult bridge design problem.”

City Bridge Engineer Thomas G. Pihfeldt, who has drawn plans for many of the city’s bridges, designed the Wabash avenue span, which cost $1,750,000. It was fabricated by the Americab Bridge company.

In designing the bridge, Mr. Pihfeldt and his assistants overcame a particularly difficult problem when the government refused to permit the bridge pits to protrude beyond the the dock lines to the extent that has been permitted at other locations because the bridge is adjacent to a bend in the river. As a result the bridge was placed diagonally to Wabash avenue.

The new Mid-Hudson bridge at Poughtkeensi, N. Y., and the Montreal; Harbor bridge at Montreal received honorable mention in the competition of designs for bridges costing more than $1,000,000. 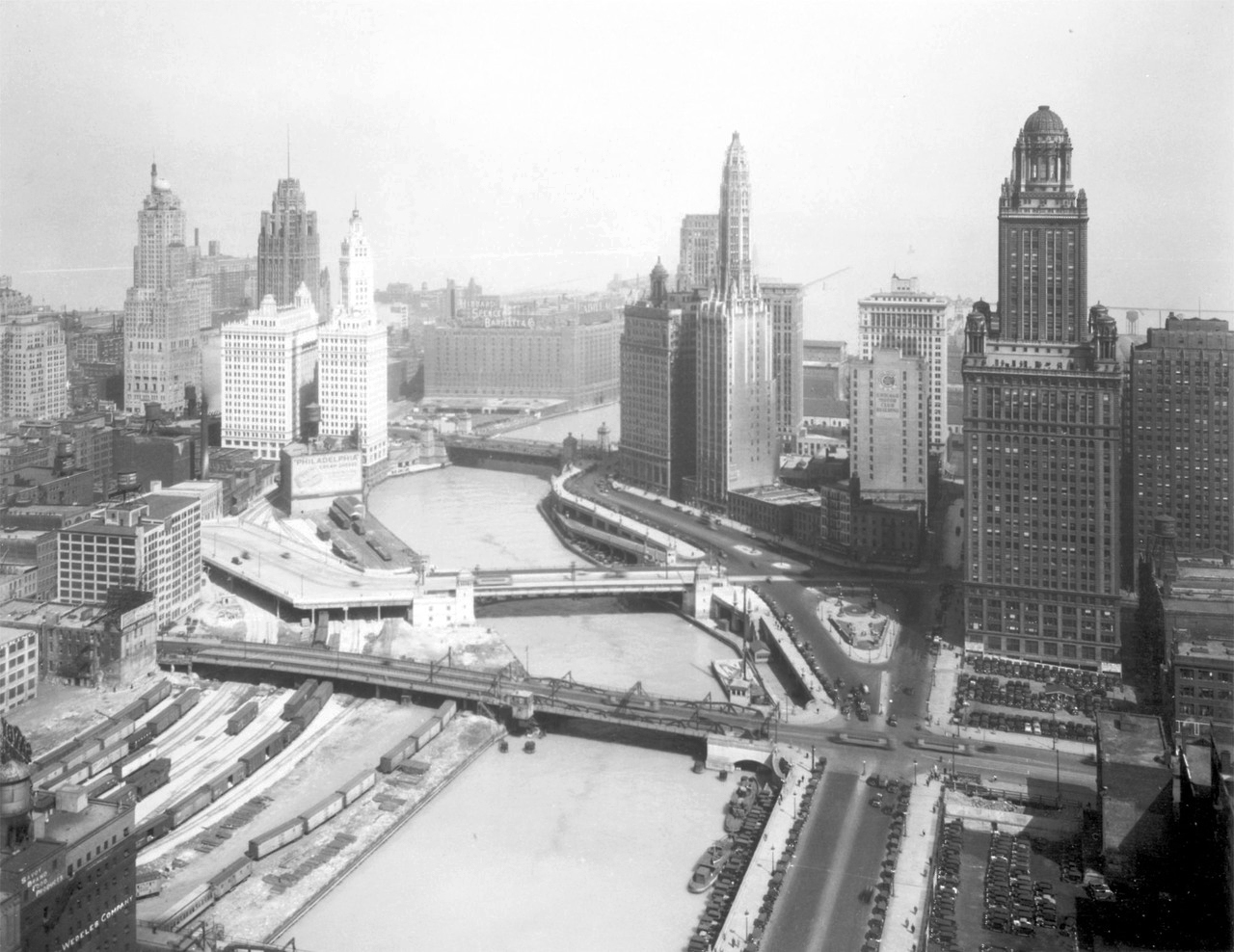