When the giant freighter J. Pierpont Morgan slid from the ways in the yards of the Chicago Shipbuilding company in South Chicago a few weeks ago, and her massive steel frame settled gracefully into the waters of the Calumet, the career of the largest freighter on any body of fresh water in the world had fairly commenced.

Not only is the J. Pierpont Morgan the largest freighter on any body of fresh water in the world, but is the largest vessel carrying pure bulk freight in the world. There are some vessels on the ocean that outstrip the Morgan in size and carrying capacity, but these are built for both passenger and freight services.

Some idea of the magnitude of the immense vessel may be made by comparison.

The Washington monument, 522 feet in height, could easily repose in the hold of of the Morgan, and there would be room to spare.

If the Morgan were stood on end in any of the streets of Chicago beside some of the tallest buildings, a man standing on its prow could look down on the roofs of any of them. The tower of the Montgomery Ward building would be some 200 feet below the bow of the Morgan. The big Majestic building would seem small when compared to the 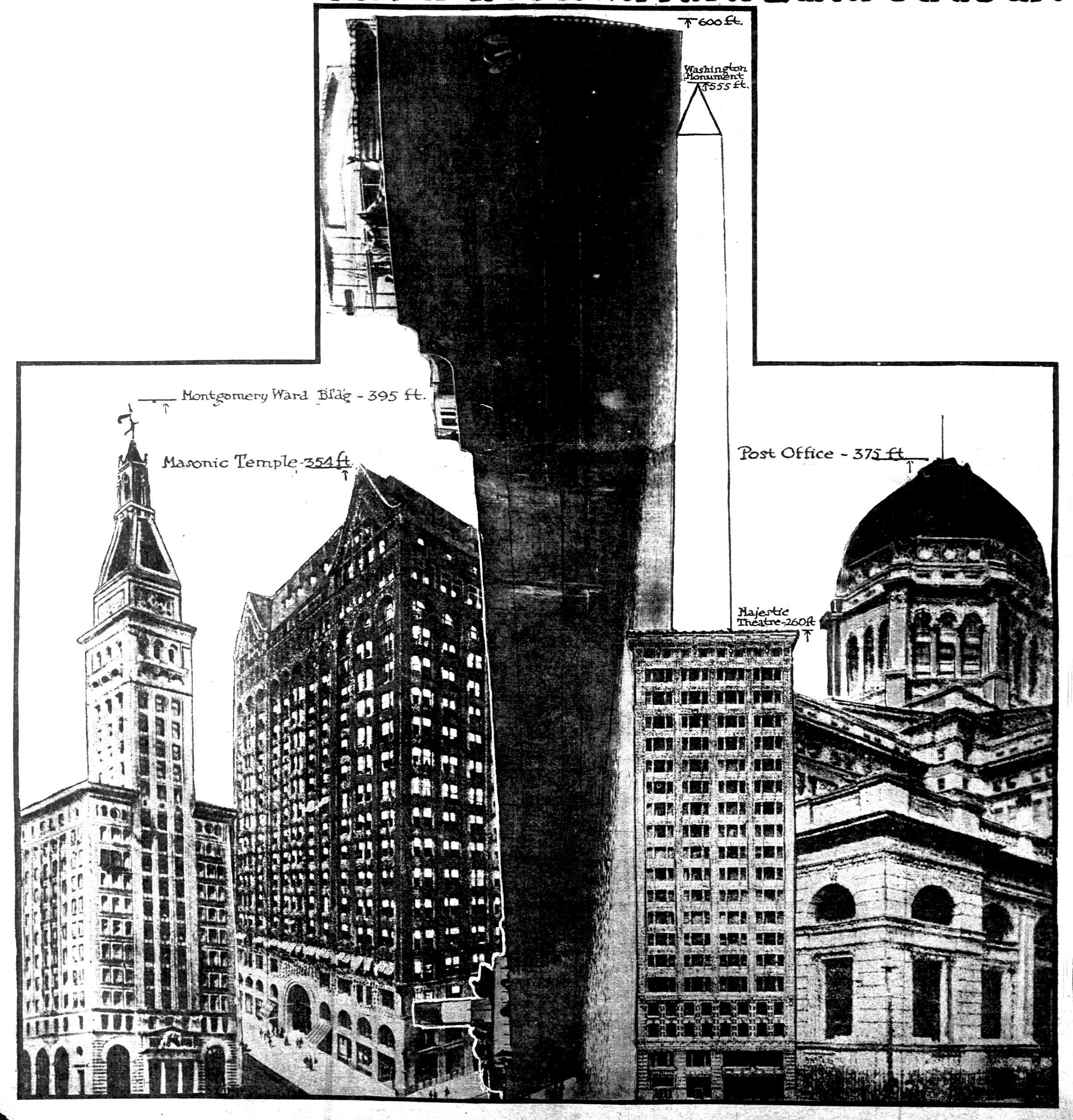 Has the limit been reached in the size of these monsters of the inland seas? Superintendent Smith of the Chicago Shipbuilding company says no, and adds that it probably will not be for some time to come. However, the J. Pierpont Morgan is the largest vessel that can be of much service on the lakes with the present depths of the harbors. But as the mean depth of the harbors has increased from 14 feet 6 inches a few years ago to 19 feet, which is the depth of the Limekilns in the Detroit river, the shallowest part of the lakes navigated by lake steamers, it is reasonable to suppose that the next few years will see a further deepening of the harbors as the necessity becomes more apparent. 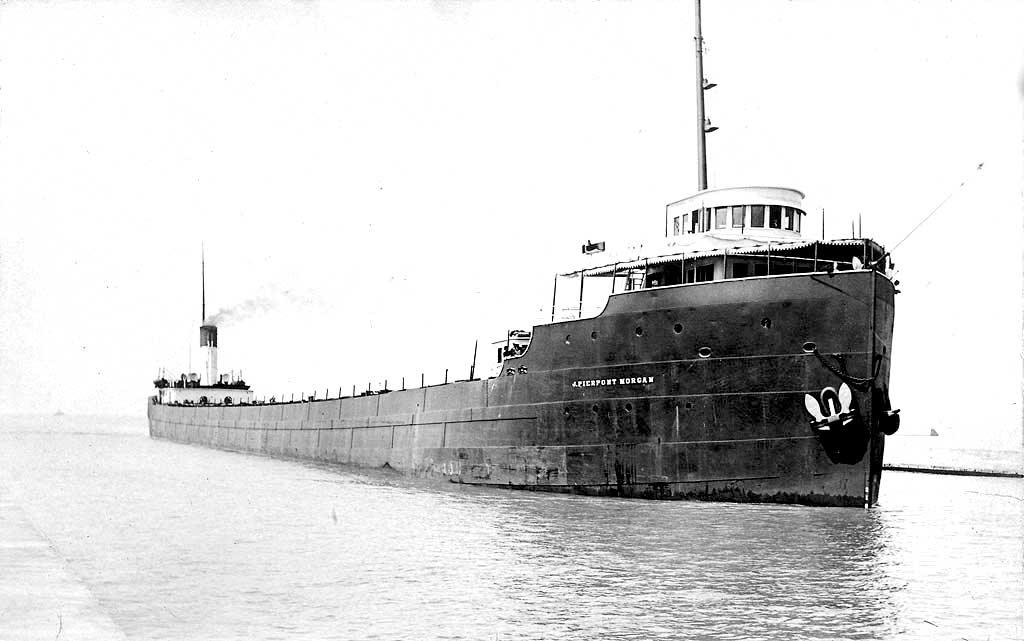 Vessel Too Big for the Chicago River.
Of course, a vessel of the size of the J. Pierpont Morgan was never meant for service on rivers like the Chicago river, even if the tunnels were lowered. It is too unwieldy to be maneuvered in such a small stream, but if the tunnels were lowered it would be possible for the Morgan to go up the river as far as the first turn. But the tunnels have barred out of the harbor hundreds of vessels much smaller than the J. Pierpont Morgan, as the captains and navigators are not going to take the risk of scraping their keels along the tunnels and taking the chance of a long sojourn in drydock. Drydocking is expensive, and vessel owners at present are not encouraging their captains to take any risk of a mishap that may mean the loss of an entire season’s profits. So that is why the shipping interests of the Calumet region have become much more extensive than in down town Chicago, and promise to remain so until the mayor and Walter L. Fisher determine just how and when the troublesome obstructions are removed.